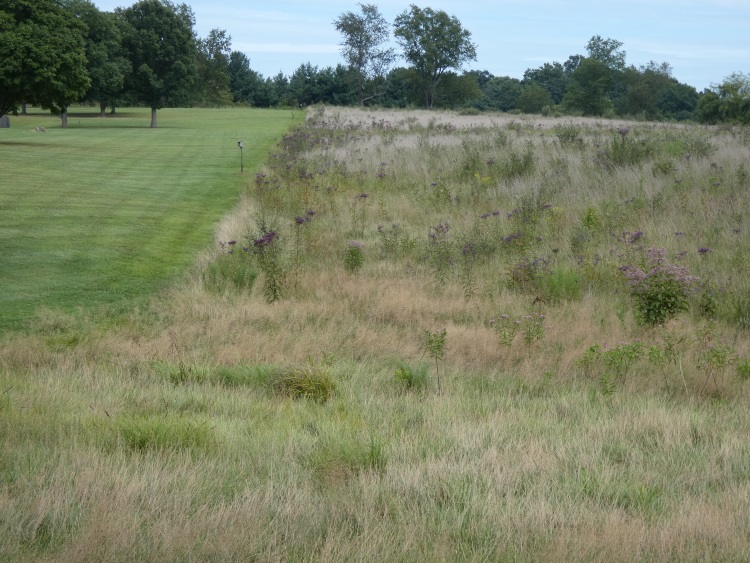 The Museum sits on a very large diamond shaped property, and until recently it was all mowed and manicured lawn. But they have allowed some meadow to emerged on the Southwestern part of the property, and some successional habitat along the southern edge. They also have some old bluebird boxes that need to be replaced (and I plan to work on that.) I have spoken with them about the idea of letting wildness reclaim a larger portion of the lawn, and also mowing a path through the meadow to make it more accessible. But right now, the best birding is along the southwestern and southeastern edges of the lawn. There is a small lake just beyond it, which is a draw for birds, but that is private property.

There’s plenty of easy parking right next to the museum.

Learn about US-40, the old National Road that came to be called “the Main Street of America,” explore the adventure novels and Westerns of Zanesville author Zane Grey and see examples of the art pottery for which this region of Ohio was famous in the 20th century.

Exhibits speak to the history of the road, its construction and transportation, from wagons to cars. A diorama of the National Road with many accompanying objects illustrates what it was like to travel on the National Road from the early 19th century, when the first tree was felled, to the mid-20th century. The 3/8ths-scale diorama is 136 feet long.

The National Road, early America’s busiest land artery to the West, stretched from Cumberland, MD, to Vandalia, IL. Begun in 1806, the “Main Street of America” was the only significant land link between the east coast and the western frontier in the early 19th century. The dream of Washington and Jefferson, it was needed to move crops and goods between East and West and help immigration.

Zane Grey, born in Zanesville in 1872, wrote more than 80 books and is known for his novels of the old West. Grey penned about 60 Westerns, nine novels about fishing, three books tracing the fate of the Ohio Zanes, a biography of the young George Washington and several short story collections. His novels are still popular today. His study is re-created in the museum and includes many manuscripts and other personal memorabilia.