Located just minutes from Akron, Wingfoot Lake offers a delightful escape from the city. Groves of tall trees, expanses of grass, and the picturesque lake provide a calming backdrop for a relaxing outing. Reservable shelters are ideal for all types and sizes of picnics, reunions and social gatherings in a scenic outdoor setting.

The Ohio Department of Natural Resources Division of Wildlife purchased 690 acres of the Wingfoot Lake property in 2009, including Wingfoot Lake. Approximately 121 acres adjacent to the lake was transferred to the Division of Parks and Recreation in 2009 and added to the state park system.

The hilly, rolling terrain of southwest Portage County is underlain by thick deposits of sand and gravel, known as kames, that accumulated in ancient stream channels as the last glacier retreated more than 14,000 years ago.

This area is close to the edge of the ice sheet’s advance, which has had a profound effect on the drainage system and the soil and mineral composition of the area, as well as the topography. The nearby Portage Lakes were formed by huge chunks of ice which broke off the retreating glacier and melted in depressions forming kettle lakes. Other, smaller glacial lakes in the area have aged into bogs or marshes. Alongside the sand and gravel deposits are thick layers of clay that settled out of the calmer waters of an ancient lake that formed as glacial ice blocked the Cuyahoga River.

The erosion resistant Pennsylvanian sandstone and conglomerate bedrock is inclined to fracture where exposed, forming high cliffs and ledges that are characteristic geologic features of the area. Second growth forests support a wide variety of trees, from mixed oak forest on ridgetops, to sugar maple and beech associations on deep, well-drained glacial till soils in the valleys.

Having been maintained as a park setting for generations, the grounds of Wingfoot Lake are graced by groves of majestic mature trees with large crowns and abundant foliage. The habitat is ideal for small mammals, such as rabbits, skunks and opossum, as well as raptors including bald eagles, owls and hawks. The lake attracts herons and migratory waterfowl.

This fully accessible, paved Storybook Trail takes visitors on a short journey through the heart of Wingfoot Lake State Park, where they can experience a small pond, mature trees, and the sparkling blue waters of Wingfoot Lake. The storybook presented along the trail changes throughout the year. At the beginning of the trail is a Free Little Library. 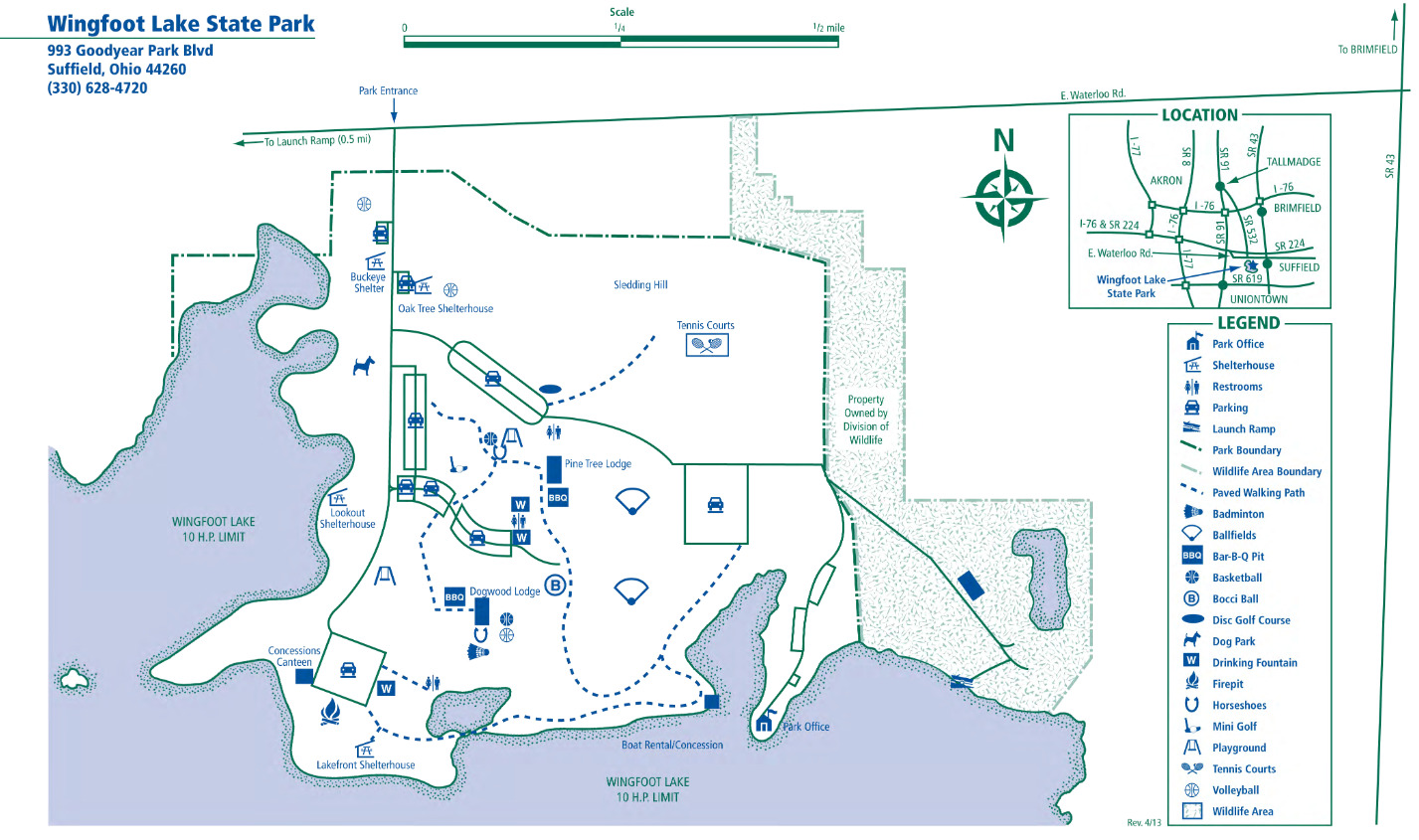