Also, see all the hotspots at:
Bolivar Dam

Bolivar Dam is part of a Muskingum Watershed Conservancy District seeking to create more wildlife and recreational spaces within the district.

There is no parking on the dam itself. We tend to bird from the car and the traffic is usually non-existent most of the time. Do not park on the dam and start walking, as that is clearly not allowed according to signage.

The east side of the dam represents backwaters from the Sandy Creek area and some adjacent Muskingum Watershed Conservancy District public lands just to the north along Dueber Avenue Southwest. When flooding occurs, the area can produce waterfowl along the dam section. Eagles nest in the area. That side is lined with many Sycamore trees. The west side of the dam is a large grassy area that is mowed, so it does not represent great grassland habitat, however, it is not unusual to see Horned Larks, Grasshopper Sparrows, and most likely Savannah Sparrows based on the habitat. A Rough-legged Hawk has been seen intermittently in the area, primarily towards the landfill. The dam does provide a very distant view of the south end of the landfill, where the tarps cover the ground, which does produce roosting gulls in the right conditions, but not consistently, and scoping from that distance is a challenge.

Bolivar Dam is on Sandy Creek of the Tuscarawas River, 183.4 miles above the mouth of the Muskingum River, located in Stark and Tuscarawas Counties of Ohio. The Dam has an impervious core with a cut-off trench flanked by pervious zones. The embankment has a maximum height of 87 feet, a crest length of 6,300 feet, and a crest width of 25 feet. Constructed primarily for flood control, the maximum flood control pool level of 962 feet elevation 962 feet would encompass 6,500 surface acres. There are two levees, Magnolia Levee and East Sparta Levee, within the Bolivar Dam reservoir. Bolivar Dam is a Dry Dam that, by definition, does not have a permanent pool or lake behind the dam. Only during times of excessive rain and prevention of downstream flooding does the dam retain water creating a temporary pool. Restroom facilities are provided at the Bolivar Dam Day Use Area on a seasonal basis (April through October).

Restroom facilities are provided at the Bolivar Dam Day Use Area on a seasonal basis (April – October). 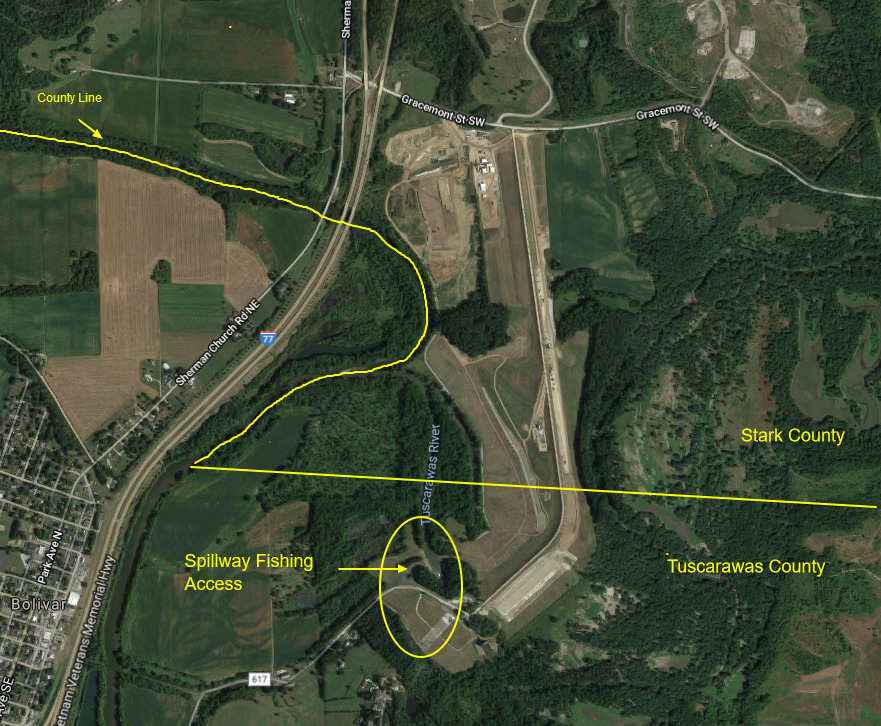 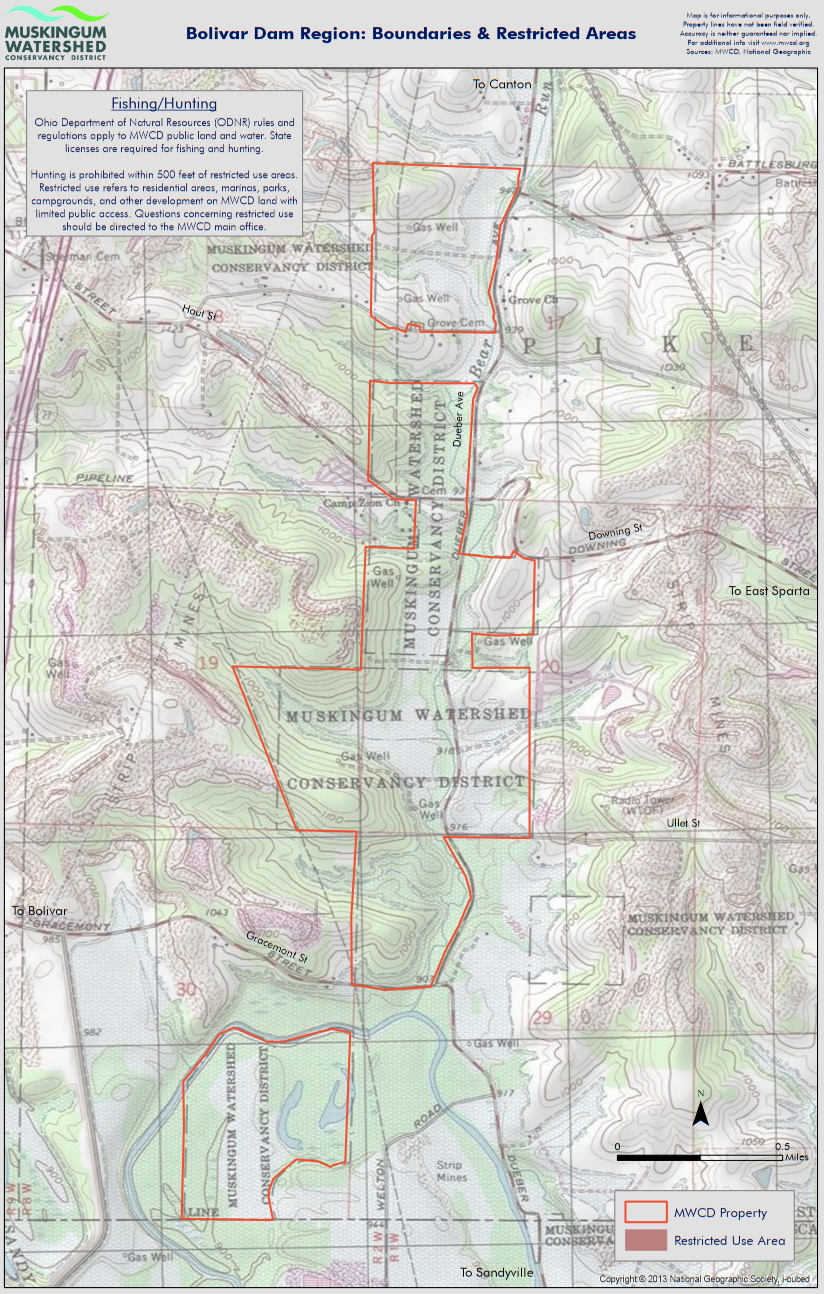