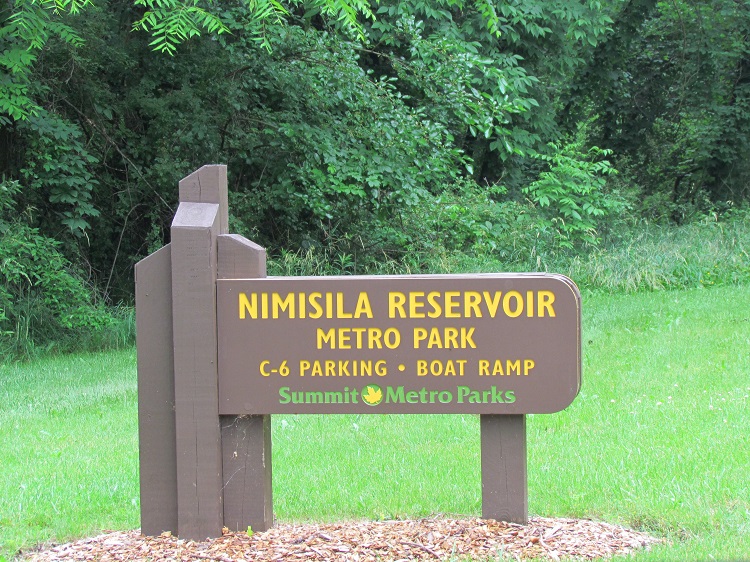 Also, see all the hotspots at:
Nimisila Reservoir

The waterfowl can be seen anywhere on the reservoir, but the biggest numbers are typically here at the south end. Huge rafts of birds can be seen during winter and migration, including around a thousand American Coots and over a thousand scaup. There are a couple of reed beds out in the water just south of the “big island”, and these can hold Least Bittern and Common Gallinule in season. A scope is always helpful.

Nimisila Reservoir is one of the 13 bodies of water that make up the Portage Lakes. At 825 acres, it’s the largest body of water in the park district. Nimisila Reservoir was the last of the Portage Lakes to be created. The reservoir originally provided the ever-expanding water needs of Akron’s industrial complex. Built in 1936 by the federal Works Progress Administration, the reservoir was created when an earthen dam 44 feet high and 2,350 feet long was built on Nimisila Creek. The reservoir has 16 miles of shoreline and four boat launches, with the deepest spot at around about 30 feet.

Historically, the area was an important trading post for settlers and Indians. It was a recognized landmark during the War of 1812, serving as a rendezvous point for American troops. The old Indian portage path was part of the ancient boundary between the Six Nations and the Western Indians. In more recent history, a WWII corsair airplane crash landed in the reservoir on a training mission from Goodyear. Legend has it that it is underwater and remains stuck in the mud somewhere within the reservoir.

An important migratory stop-over habitat, Nimisila is the staging area for several thousand purple martins during the month of August. The birds roost on the grassy islands during the night, feast on the insect population, and then continue their migration south for the winter. The reservoir is also home to several species of waterfowl, eagles, and osprey. Many other species can be seen at various times during the year.
From

Nimisila Reservoir is located in southeastern Summit County and is approximately 2 miles south of OH-619, 2 miles east of OH-93, and 2.5 miles west of OH-241. The entire lake is surrounded by county roads.

Nimisila was constructed during 1936 and 1937 by the Ohio Department of Public Works, with labor supplied by the WPA Its primary purpose at that time was to maintain a constant water supply in the Portage Lakes for industrial use. A gate valve at the northwestern end of the lake regulates the amount of water that is released into the Portage Lakes. This 742-acre lake is part of Portage Lakes State Park. The maximum depth is 30 feet. 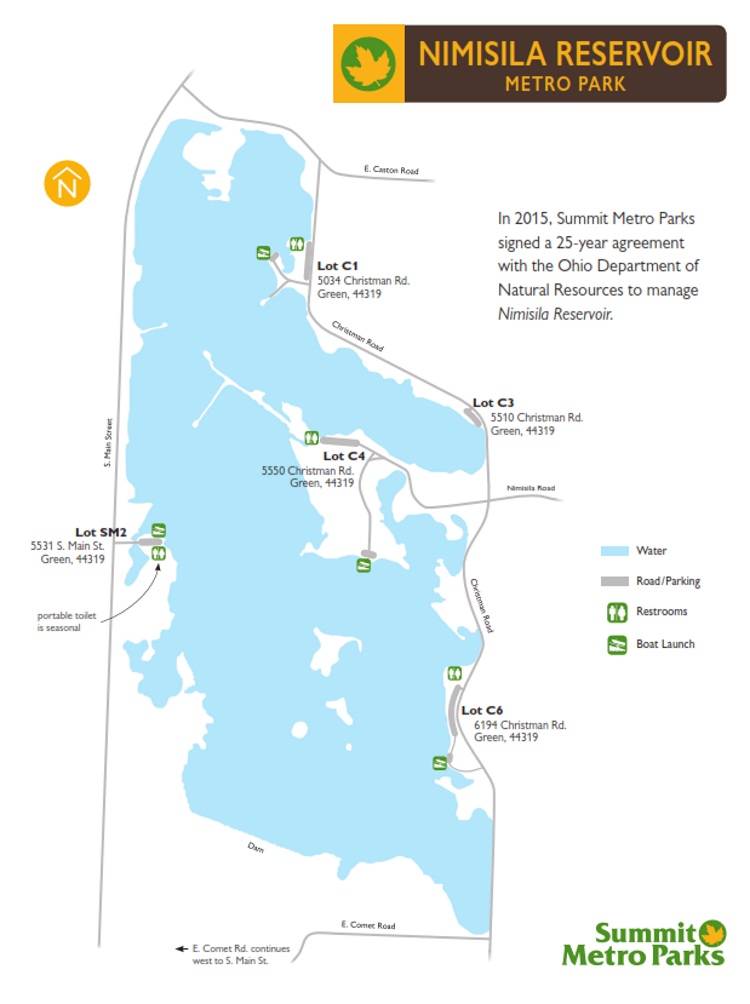 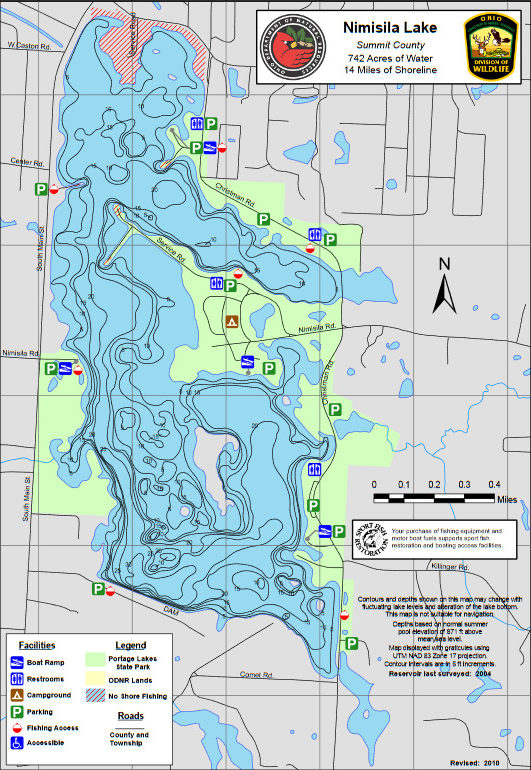