Also, see all the hotspots at:
Indian Mound Reserve

Cedar Cliff Falls, one of the most noteworthy sites at Indian Mound Reserve, is a dam built to harness power for the Harbison Mill, which operated until approximately 1917. The dam is a stone arch design and was originally 40 feet tall. The arch faces upstream using water pressure to force the stones together. After the mill was closed, several stone layers at the top were removed to eliminate flow into the mill race.

A spectacular natural resource is created with a blend of Cedar Cliff Falls, the Massie Creek Gorge, meadow, woods, river, and marsh, creating an amazing view in any season of the year. Native American history can be learned here with the Pollock Works, a Hopewell structure, and the Williamson Mound, an Adena structure, both of which are hundreds of years old. An 1800s cabin has been restored on the park grounds. Originally, the log cabin was constructed in Selma, Ohio as part of a young lady’s wedding dowry. It also played a role in the Underground Railroad and was probably an important part of the lives of slaves passing through Cedarville. The park also offers an extraordinary wildflower display in early May featuring about 125 species, some of which are rare, including snow trillium. It also boasts one of the largest groves of white arborvitae, a tree on Ohio’s protected species list. 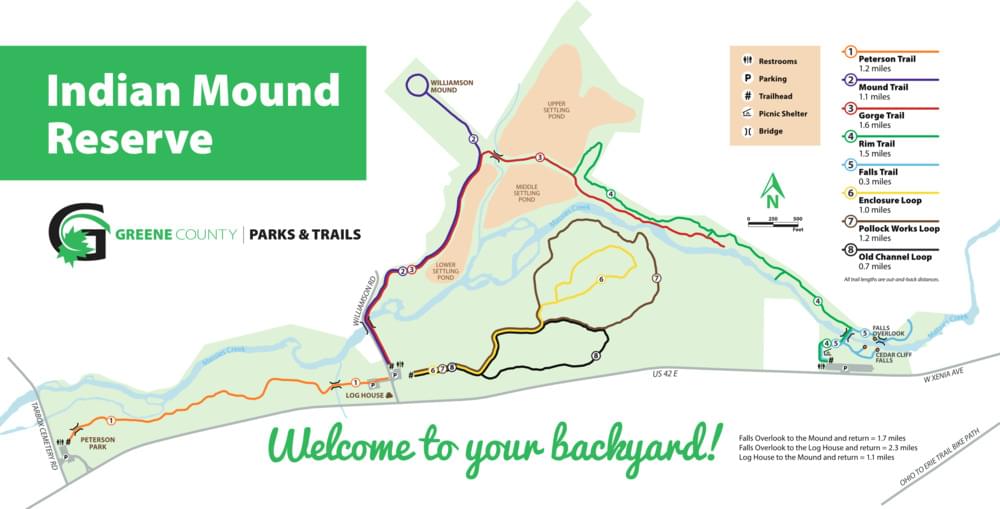