Also, see all the hotspots at:
Roadside Birding
Piedmont Lake

Piedmont Lake is in Belmont and Harrison counties in the eastern part of the state. The largest portion of the lake lies in Kirkwood and Flushing Townships of Belmont County, with a small segment in Moorefield Township of Harrison County. The lake is on OH-22 midway between Cambridge and Cadiz and approximately 10 miles north of I-70 off OH-800.

The dam was constructed by the U.S. Army Corps of Engineers for flood control. The lake is in the Muskingum Watershed Conservancy District’s (MWCD) chain of lakes and all boating, swimming, camping, and picnicking is under MWCD control. The Division of Wildlife annually leases public fishing and hunting rights on MWCD lakes and lands.

Piedmont Lake was impounded by a dam across Stillwater Creek and is kept at a conservation pool level of 2,270 acres (elevation 913.0 feet), except in times of extreme flooding. The lake reached the conservation pool in March 1942. It attained a maximum depth of 38 feet with a mean depth of 14.9 feet. The lake is approximately 10 miles long.

Piedmont Lake is considered by many to be the most scenic of all the MWCD lakes. It is set in rough, hilly, unglaciated terrain, most of which is heavily wooded. Few buildings are visible throughout its entire length.

Restrooms at the rest area on US-22 and at the marina and adjacent campground are identified on the Piedmont Lake Park map. 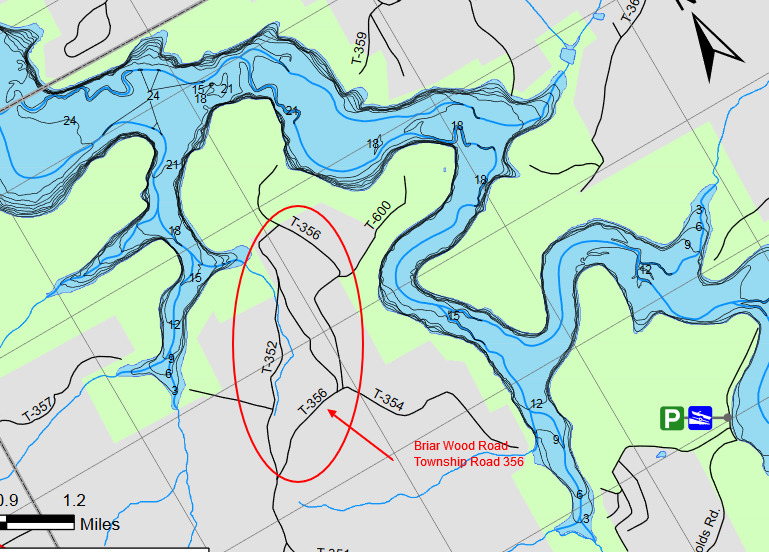 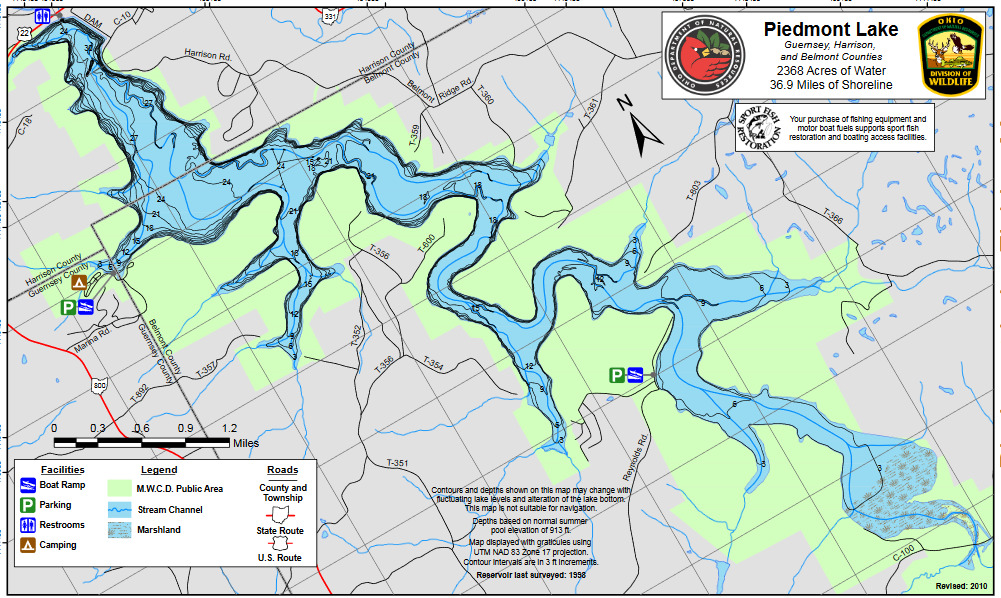