The 618-acre Spencer Lake Wildlife Area is situated in northeastern Ohio in Medina County, approximately two miles east of the village of Spencer, north of OH-162. OH-162 and Medina County Roads 27 and 58 provide good access. Spencer Lake Wildlife Area is in the glaciated portion of the state. It is characterized by gently rolling topography; the soil is rather heavy and the lower, level land tends to be wet in the spring.

The original land acquisitions were made in 1956, but it was not until 1961 that the dike and dam structures were completed and 60 acres were flooded. This lake is unusual in that it is constructed on a “saddle,” or watershed divide, and has a dam structure on both ends of the lake. A severe storm in July 1969 washed out the north dam. The dam was rebuilt in 1970 and the lake was enlarged to 78 acres.

A complete drawdown of Spencer Lake was implemented in 1985 to facilitate a fishery rehabilitation project. Three locations along the causeway were recontoured and deepened to 12 feet, thereby providing improved depths and better shore fishing opportunities. The lake was refilled and stocked with largemouth bass, bluegills, and channel catfish and reopened to fishing in 1986.

No permanent restrooms, portable toilets may be available in some seasons.

There is wheelchair access to the paved path between the parking lots. This path provides good views of birds on the lake. 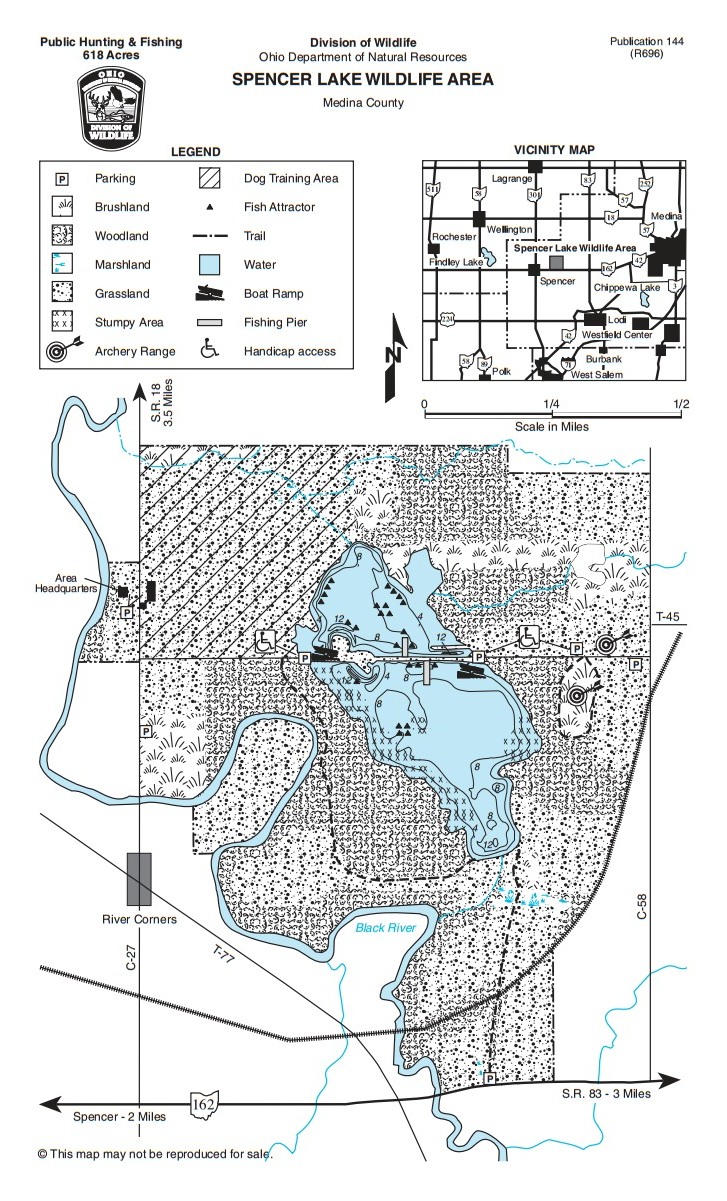