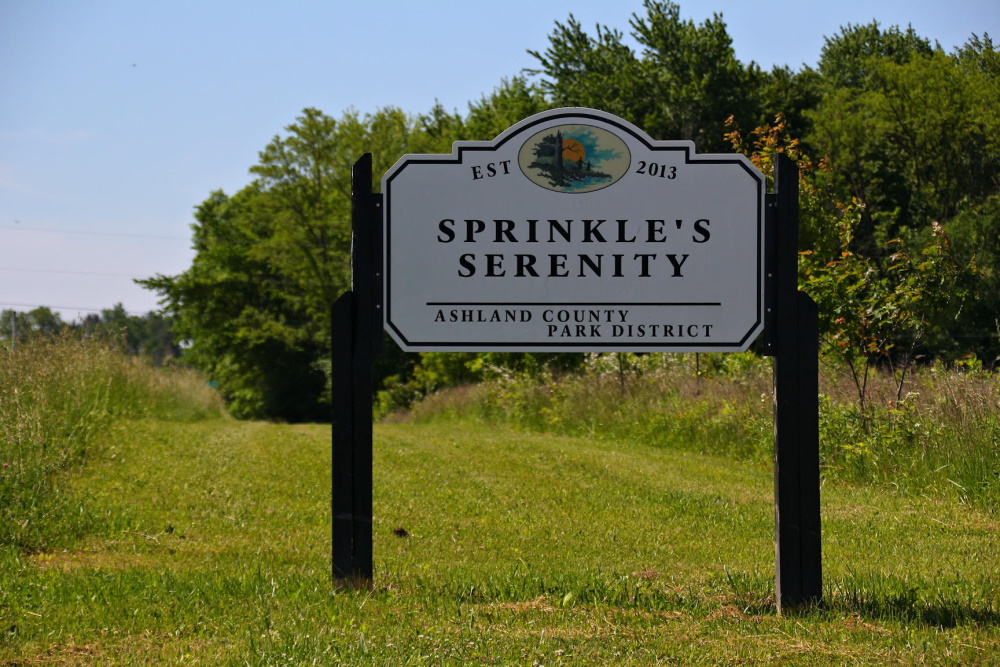 This land has been in the same family since it was acquired by David and Ruth Shanks in 1914. David Shanks purchased a prize stallion in Iowa and led him all the way back to Sullivan on foot to insure he got there unharmed. His daughter and her husband purchased the farm from the Shanks. The Sprinkles had an innovative feeding and breeding program for milk cows that produced “Suzanna King Pheobe,” an Elite Iron Grandma cow that still ranks high on the Ohio list for lifetime butterfat production. This cow is buried at a marked grave on the property.

The couple had a daughter who was pictured milking one of her cows in a children’s book called “All About Farm Animals.” She lived on the farm until her death in 2003 at the age of 96.

Their two children both received their own State FFA Degrees, and their son was named Star Farmer of America at the National FFA convention in 1983.

Part of the mission of Ashland County Park District is to preserve its agricultural heritage. With such rich farming history, ACPD is proud to have this property as a county park.

Sprinkle’s Serenity was opened in June of 2014. Twenty acres of the park will continue to be farmed. A sixteen-acre overgrown field, with the remnants of an apple orchard, provides excellent food and cover for animals. The park district has planted over 4,000 new trees and shrubs on ten acres to compliment the existing eighteen acres of swampy forest. Pheasants Forever has planted 17.5 acres of prairie grasses and wildflowers.

The U.S. Fish and Wildlife Service and the Ohio Department of Natural Resources have spent $16,460 to create a twenty-two-acre marsh at Sprinkle’s Serenity. This marsh will compliment a marsh found at Hurdle Waterfowl Park. Be sure to view the waterfowl during the migrating season.

Tupelo Bottoms is a 41-acre addition to the Ashland County Park Sprinkles Serenity. Visitors to Tupelo Bottoms can walk a short, mowed trail that connects the road to the woods but does not extend further at this time. Even without a loop trail, the full park is open to the public and ambitious hikers will be rewarded with a fascinating hike featuring unique habitats and a diversity of plants and animals. Thick undergrowth and the mixture of wetlands and vernal pools may make spring and summer visits difficult. 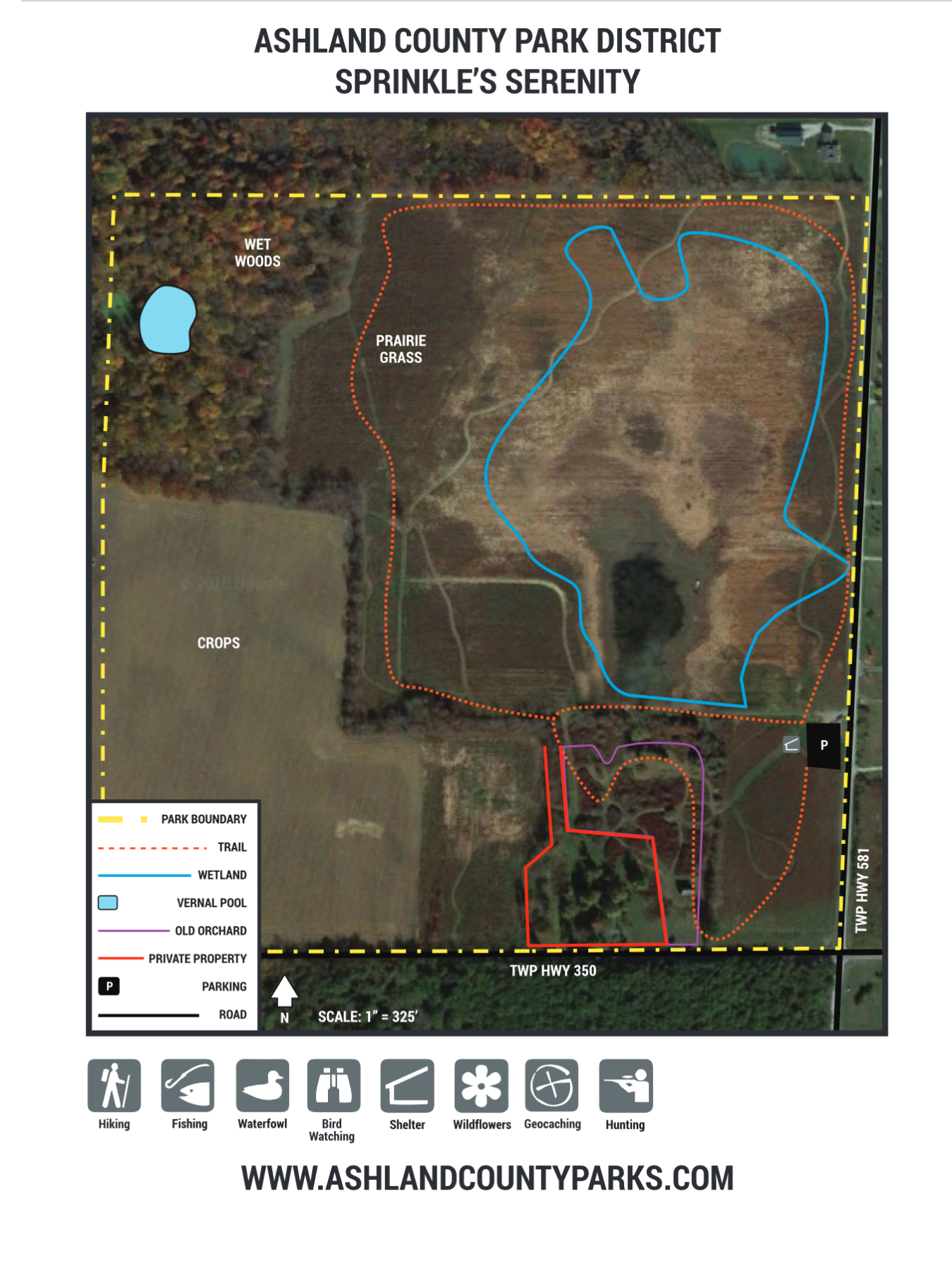