Park in the Silo Picnic Area parking lot and follow the loop trail which leads to two marshes, wet woods along Chagrin River, and a Great Blue Heron rookery.

The Rookery is a 562-acre tract located in southwest Munson Township. The Chagrin River, the old Interurban Railroad Junction, and one of Geauga County’s largest nesting colonies of great blue heron are all special features of this park.

From 1899 until 1925, the Cleveland & Eastern Traction Company operated an electric-powered Interurban Railroad that traveled from Cleveland to various points in Geauga County. Located at The Rookery is the “Junction,” a wye in the tracks where passengers from the city could either continue northeast to Chardon or wait for a connecting trolley to Burton or Middlefield.

In 1968, Cleveland-based TRW, Inc. bought more than 1,000 acres with the intent to build a 54-hole golf course for its employees. By the late 1980s however, the company’s focus had changed and the property was sold.

In April of 1991, Geauga Park District purchased some of the surrounding lands and named the property after the large heron rookery. Trails and facilities were later constructed, and the park opened in October 1997. Additional acres were added in 2003.

The Rookery is named after one of Geauga County’s largest great blue heron rookeries, which is located within the preserve. The park features marsh and swamp forest wetlands, beech-maple forests, and several old oxbows of the original Chagrin River channel. There are 1.5 miles of trails in the Rookery, including the 1-mile Interurban Trail, which follows the course of the old railroad. 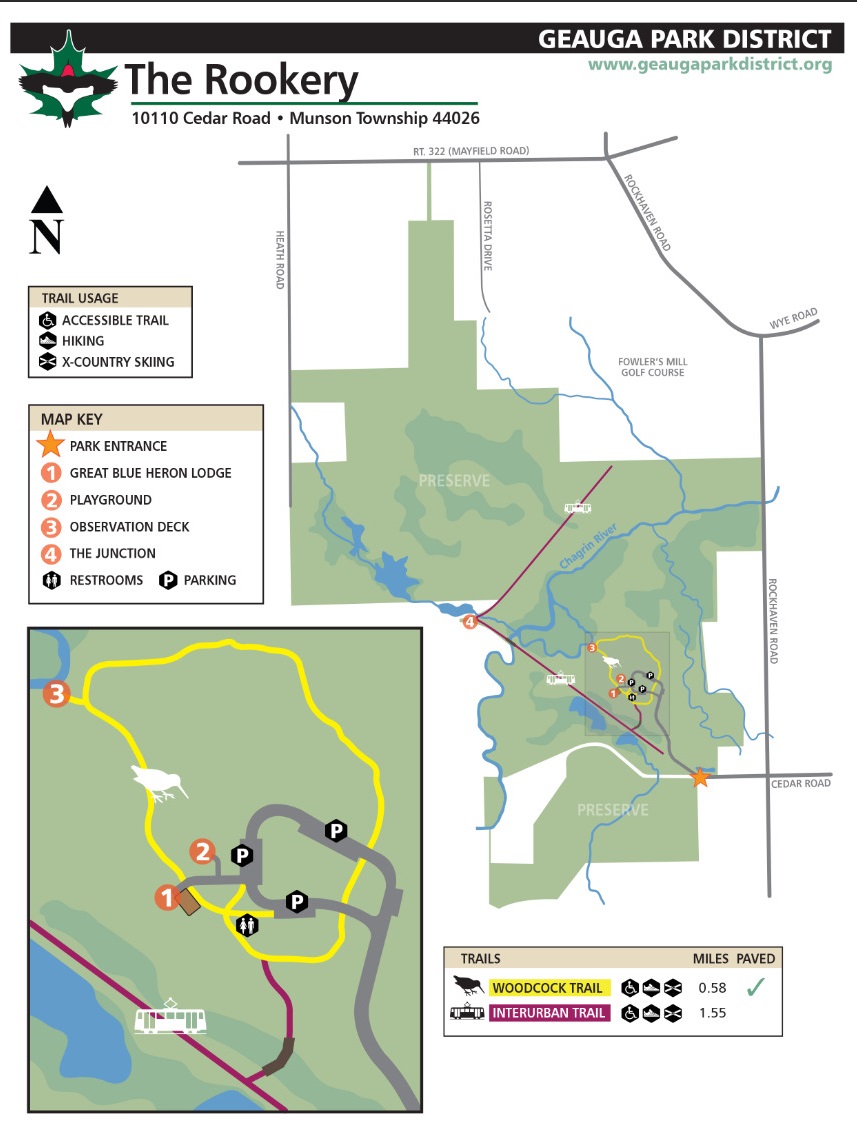