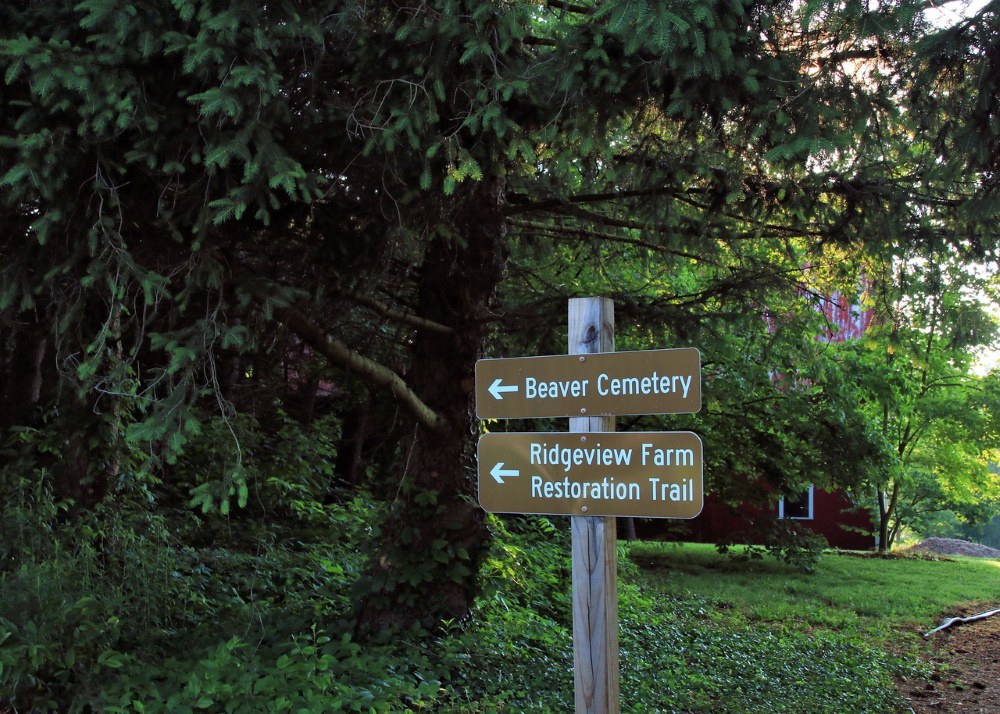 Also, see all the hotspots at:
Highlands Nature Sanctuary

1.5 loop trail features educational signs interpreting the biodiversity-boosting practices that are taking place on this old farmland. The trail winds through gently rolling open fields and into a swamp forest that shelters skunk cabbage and marsh marigolds. Along the trail is an Educational Chestnut Orchard – featuring three species of chestnuts and blight-resistant F-3 hybrids. Listen for orchard orioles and the rare Henslow’s sparrow, Ridgeview’s signature birds. This preserve exists to demonstrate that restoring biodiversity is possible on an abandoned farm.

One mile west of Rainsboro on US-50, turn south onto OH-753 at the blinking yellow light. After 1.8 miles, turn left at the Beaver Cemetery road sign on a gravel lane. Keep left at the fork, parking will be near the cemetery on the right.

The Appalachian Forest Museum features large artistic murals depicting the world significance of our backyard forests for those of us living anywhere in the Eastern third of the United States. The Museum strives to raise our appreciation for America’s Great Eastern Forest and the many ways our “home-sweet-biome” influences and inspires our lives.

Sixty acres of the 2600-acre Highlands Nature Sanctuary was once home to the 20th-century nature and children’s theme park known as 7 Caves. Opening in 1930, 7 Caves was a beloved family destination for generations, reaching the peak of its popularity in the 1960s and 1970s, the same era that America was infatuated with family camping vacations. After the 70s, attendance began a steep decline alongside children’s theme parks across America, reflecting a shift in our culture’s vacation preferences.

The Arc of Appalachia purchased the 7 Caves land and buildings from its owners when the business was closed in 2005, at which time the land became part of the Highlands Nature Sanctuary. Some of 7 Cave’s historic trails, with their beautiful rock work and stunning geologic vistas, still serve visitors today at the Sanctuary, along with 15 miles of additional trails. The old 7 Caves gift shop has been transformed into what is known today as the Appalachian Forest Museum.

Seven larger caves that were illuminated for decades with 1930-era push-button lights are now returned to darkness. Although small by world standards, the caves are on the mend as natural communities; so much so that today the caves give refuge to four species of bats, three of them imperiled and one federally endangered. Although most of the caves are closed to visitors to minimize disruption to the caves’ ecosystems, the gorgeous cliffs and rock formations of the Rocky Fork Gorge which made 7 Caves such a memorable destination remain open to the public, now without charge. One of the original seven caves, known as Marble Cave, can still be viewed on the Valley of the Ancients Trail which begins at the Appalachian Forest Museum.
From Highlands Nature Sanctuary webpage 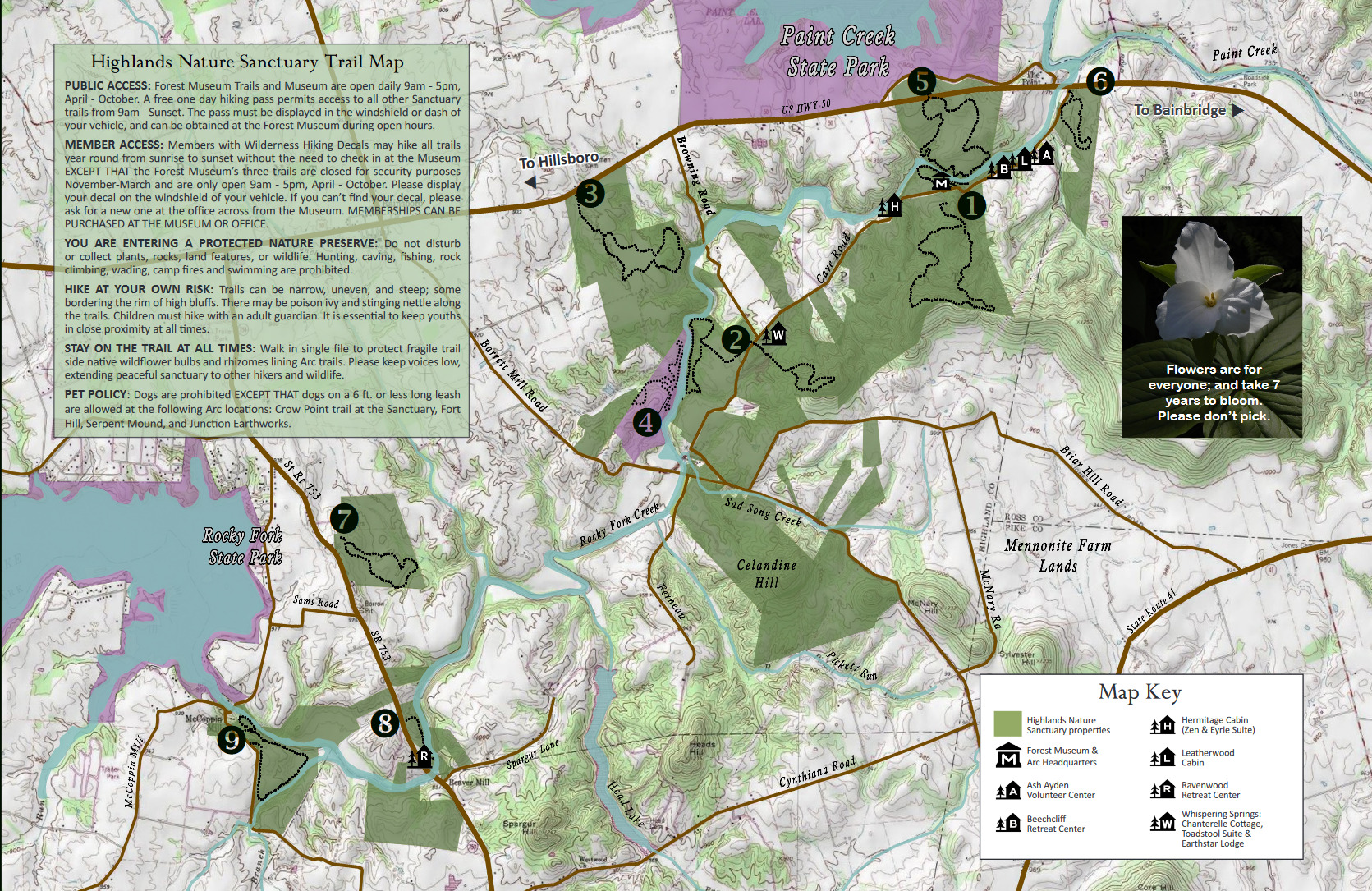