Kelleys Island is located in the western basin of Lake Erie about four miles north of Marblehead and twelve miles from Sandusky on the Ohio mainland. The entire island measures more than four square miles and is the largest American island in Lake Erie. A short drive from major cities makes Kelleys seem right next door, yet the Canadian Border lies only a few miles north of the island.

Kelleys Island was formed during the glacial period when massive ice sheets from Canada advanced into Ohio. Glaciers gouged and scoured the bedrock, and their tremendous weight left deep depressions which filled with meltwater as the climate warmed and the glaciers retreated, forming the Great Lakes. Evidence of the glaciers can still be seen in the grooves and striations in the island’s limestone bedrock. A large tract of grooves, 15 feet deep and 35 feet wide, has been exposed by a historic quarrying operation and is believed to be the largest example of glacial striations in the world. Lake Erie is the shallowest of the Great Lakes, ranging from 25 feet deep in the western basin to a depth of 120 feet in the eastern basin. As a result of its lopsided, shallow basin Lake Erie is known for its sudden, violent storms with high waves. Its warm temperatures produce greater numbers and varieties of fish than any other Great Lake, including walleye, yellow perch, smallmouth bass, and white bass.

Kelleys Island State Park encompasses two state nature preserves, the North Shore Alvar, and the North Pond, which harbor unique natural features. Where Kelleys Island’s limestone foundation is exposed to Lake Erie and battered by waves and wind, a rare alvar ecosystem has formed. The low cliffs, limestone shelves, and thin, dry soil on the shoreline are inhospitable to trees, but ideal for the growth of prairie grasses and lichen, and rare plants including balsam squaw weed, Pringle’s aster, and northern bog violet. Inland from the alvar, the North Pond, a 30-acre emergent marsh and swamp forest that drains directly into Lake Erie is one of the few high-quality, natural marsh communities remaining on the Great Lakes.

The North Pond offers excellent birding, with hundreds of species of migrating songbirds, and dozens of waterfowl species resting here before winging across the lake. There are nesting pairs of bald eagles in the area. The shoreline provides precious habitat for the unique Lake Erie water snake. The eastern fox snake is common and harmless but often mistaken for a rattlesnake because of its bold coloration and tendency to shake its tail when alarmed. Other resident reptiles and amphibians include the Blanding’s turtle, red-eared slider, midland painted turtle, and common map turtle, and the mudpuppy, northern redback, smallmouth, and marbled salamanders.

Red cedar trees are abundant on the island, particularly in the abandoned limestone quarries. The endangered lakeside daisy has been transplanted here to establish a successful population outside its only known Ohio habitat, an active quarry on Marblehead Peninsula. Other rare plants on the island include the rock elm and the northern bog violet. 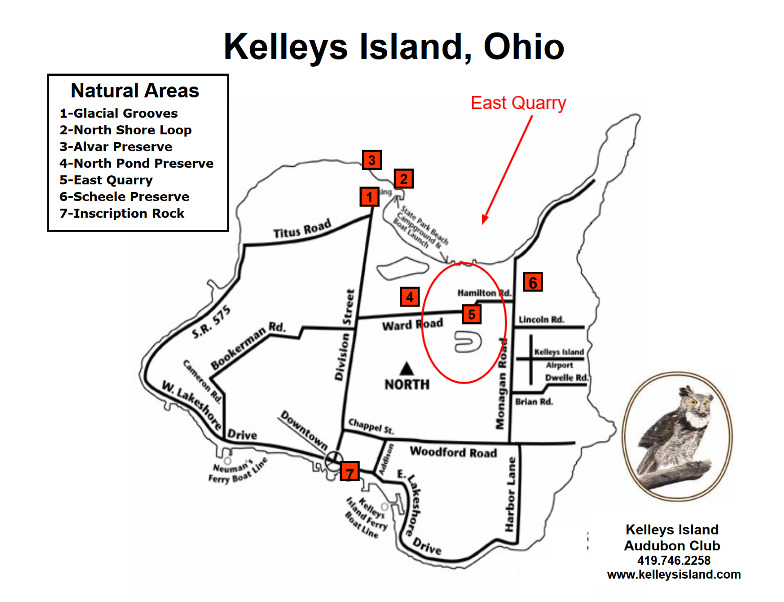 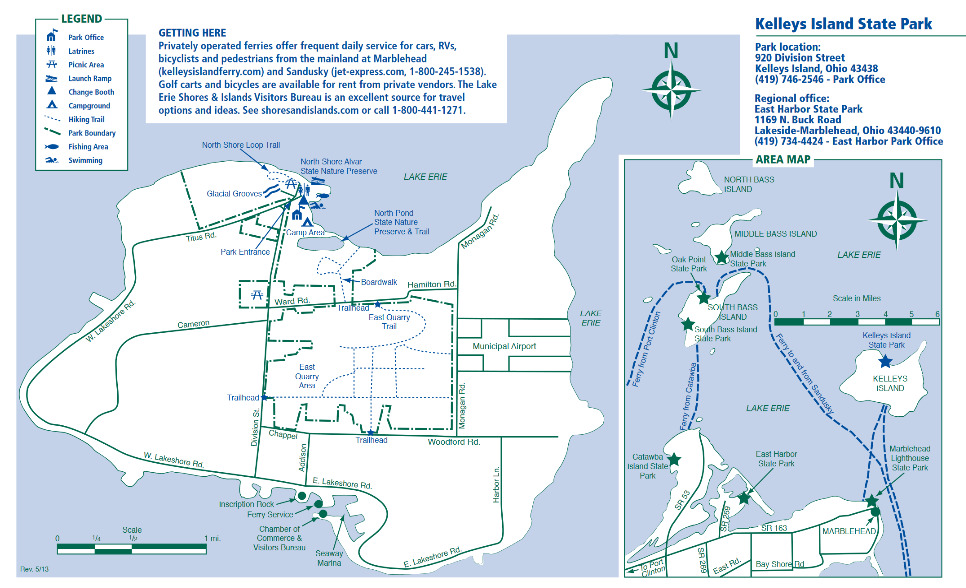