Mohican is noted for its rugged topography with hemlock ravines, upland pine plantations, and rich mature forested slopes. It contains about 5700 acres. Good birding is in the Clear Fork Gorge – either up or down the Clear Fork of the Mohican River. Access this area from the parking area at the Covered Bridge. Many other good sites and trails can be explored with the use of a park/forest map.

Sometimes the road to Covered Bridge is closed due to ice.

Mohican-Memorial State Forest is located in southern Ashland County, midway between Columbus and Cleveland. It is easily reached from I-71 and OH-97 and OH-3. The natural attributes of the area combined with state and nearby commercial facilities have made this region one of the more popular year-round attractions of the state.

Discovery Forest Trail
A 2-mile educational trail that weaves its way through a previous clear cut, a selective cut, and other Forest Management techniques. The trail is easy for all ages and great for children.

Mountain Bike Trail
A mountain bike trail running through Mohican-Memorial State Forest and Mohican State Park has been completed by volunteers. The 24-plus-mile trail loop offers riders a choice of two trailhead locations. One trailhead is located on OH-3 across from Mohican State Park’s Class A Campground. The other is located on Mohican Road 51, near the former Mohican Youth Camp. 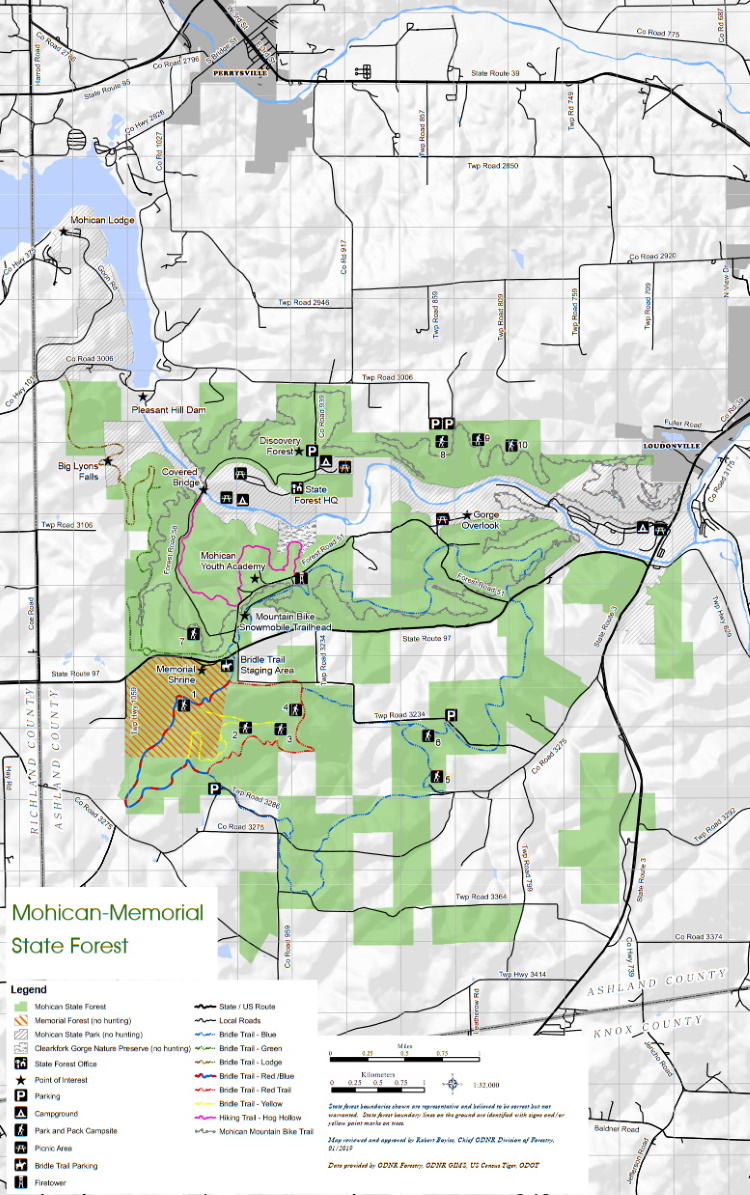