The 19-mile Hockhocking Adena Bikeway is named in honor of the first inhabitants of this southeastern Ohio region. “Hockhocking,” which means “bottleneck” or “twisted,” was the native Indian name for the Hocking River; Adena reflects the history of the Adena Indians who lived in the Hocking Valley over 2,000 years ago.

You may explore the bikeway’s history and beauty by bike, foot, wheelchair, rollerblades or other forms of non-motorized transportation (no horseback riding permitted.)

The Hockhocking Adena Bikeway is located on the old Columbus and Hocking Valley Railroad bed. Construction of the rail line between Columbus and Athens was completed in July 1870. Before the railroad, it was a towpath alongside the Hocking Canal, built between 1829 and 1842, which moved agricultural products and other goods to Carroll, Ohio, where it joined the Ohio-Erie Canal. The canal had 26 locks, seven culverts, and one aqueduct crossing Monday Creek south of Nelsonville.

Repeated flooding, especially in the late 1800s, severely damaged portions of the canal, and the railroad became the favored mode of transportation. Today, remnants of the canal basin are visible from the bikeway, particularly from Armitage north to Chauncey (between miles 5 and 10).

The Hockhocking Adena Bikeway makes it possible to hike varied distances from any of the trailheads. 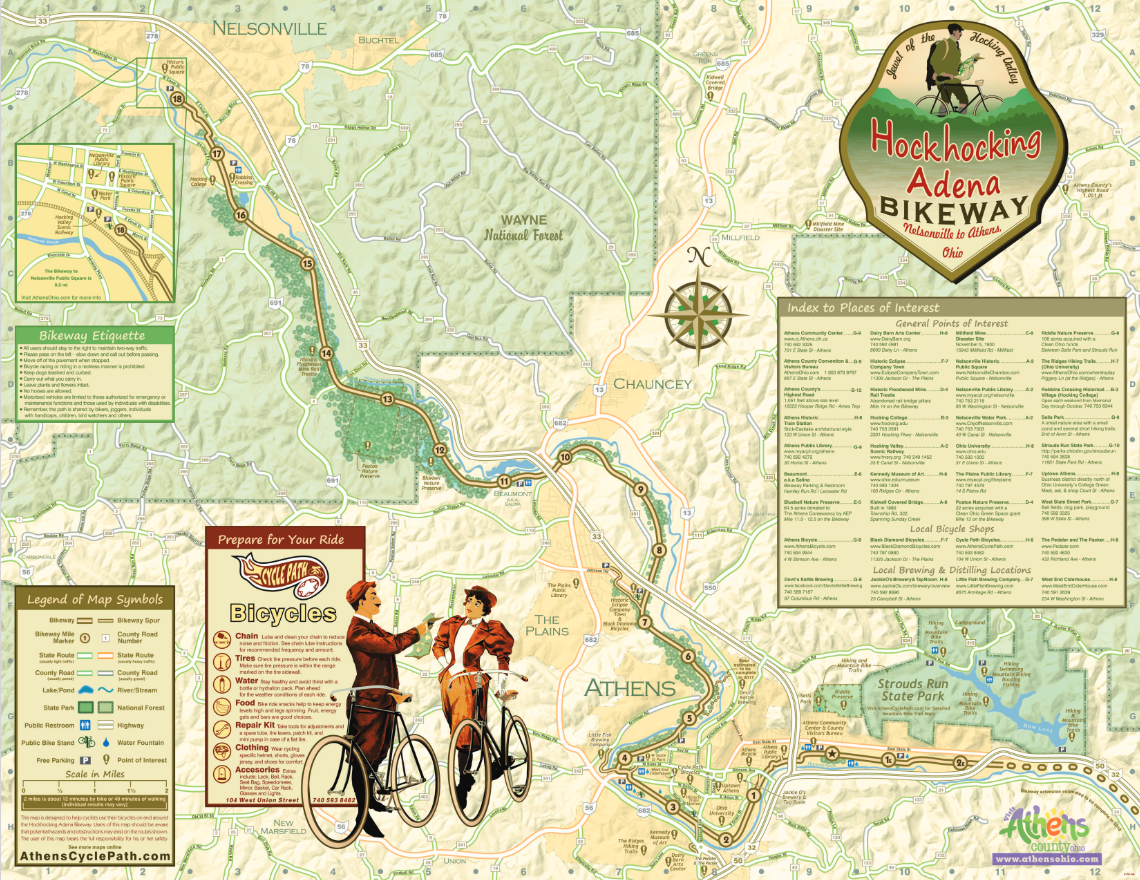