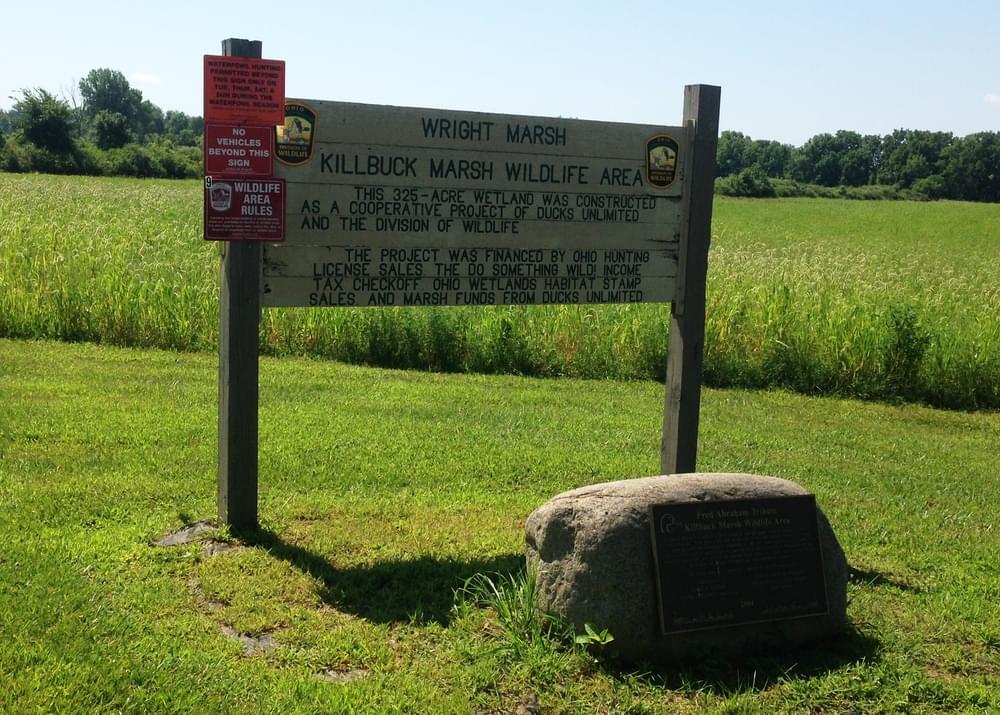 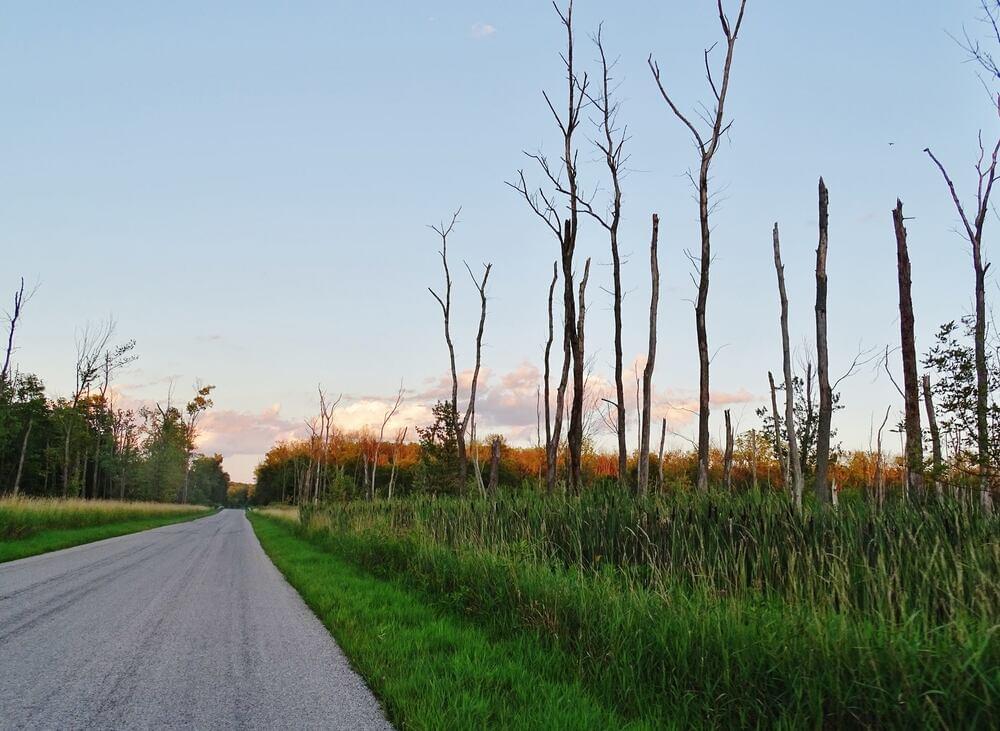 Killbuck Marsh Wildlife Area spans the Wayne-Holmes county line. The northern section of the wildlife area is in Wayne County, the southern portion is in Holmes County. (See the map for the location of the county line.)

There is no general hotspot for all of Killbuck Marsh as multi-county checklists are not possible in eBird. There are county hotspots in each county. Birders may use these for checklists of birds seen in the county at several stops or at a location for which there is not a sub-location.

The Killbuck Marsh Wildlife Area is located in both Wayne and Holmes Counties in “Amish Country”. At over 5000 acres, it is the largest inland marsh in Ohio. First-time visitors will probably need a map to get around. Maps can be picked up at the wildlife station or found at the website listed above.

See the Killbuck Marsh Birding Drive for a suggested route through the wildlife area with turn-by-turn directions and links to hotspot pages.
From Ohio Ornithological Society

The 5,671-acre Killbuck Marsh Wildlife Area is situated in northeastern Ohio in portions of Wayne and Holmes counties. The area extends north from Holmesville to three miles south of Wooster and lies between OH-83 on the east and OH-226 on the west.

The area is in a shallow, U-shaped glacial outwash valley. The elevation varies from 840 feet at the floor of Killbuck Creek near Holmesville to nearly 1,000 feet on hillsides parallel to the valley floor. About 56 percent of the acquisition unit consists of marshes and swamps that are flooded during some portion of the year. This complex is Ohio’s largest remaining marshland outside of the Lake Erie region.

The purchase of land for Killbuck Marsh Wildlife Area began in 1969. Additional land is being acquired as funds become available. The wildlife management plan provides for maintenance and protection of the existing woodlands, the establishment of regular crop rotations, the improvement of open fields for wildlife nesting by controlled burning and selective spraying, and the establishment of food patches for general wildlife use. Permanent wildlife cover has been provided by planting thousands of trees and shrubs. Wright’s Marsh, a 350-acre diked wetland off OH-226, was restored in partnership with Ducks Unlimited. Dikes and water control structures are being developed to increase and improve the wetland habitats in the area.
From Killbuck Marsh Wildlife Area webpage 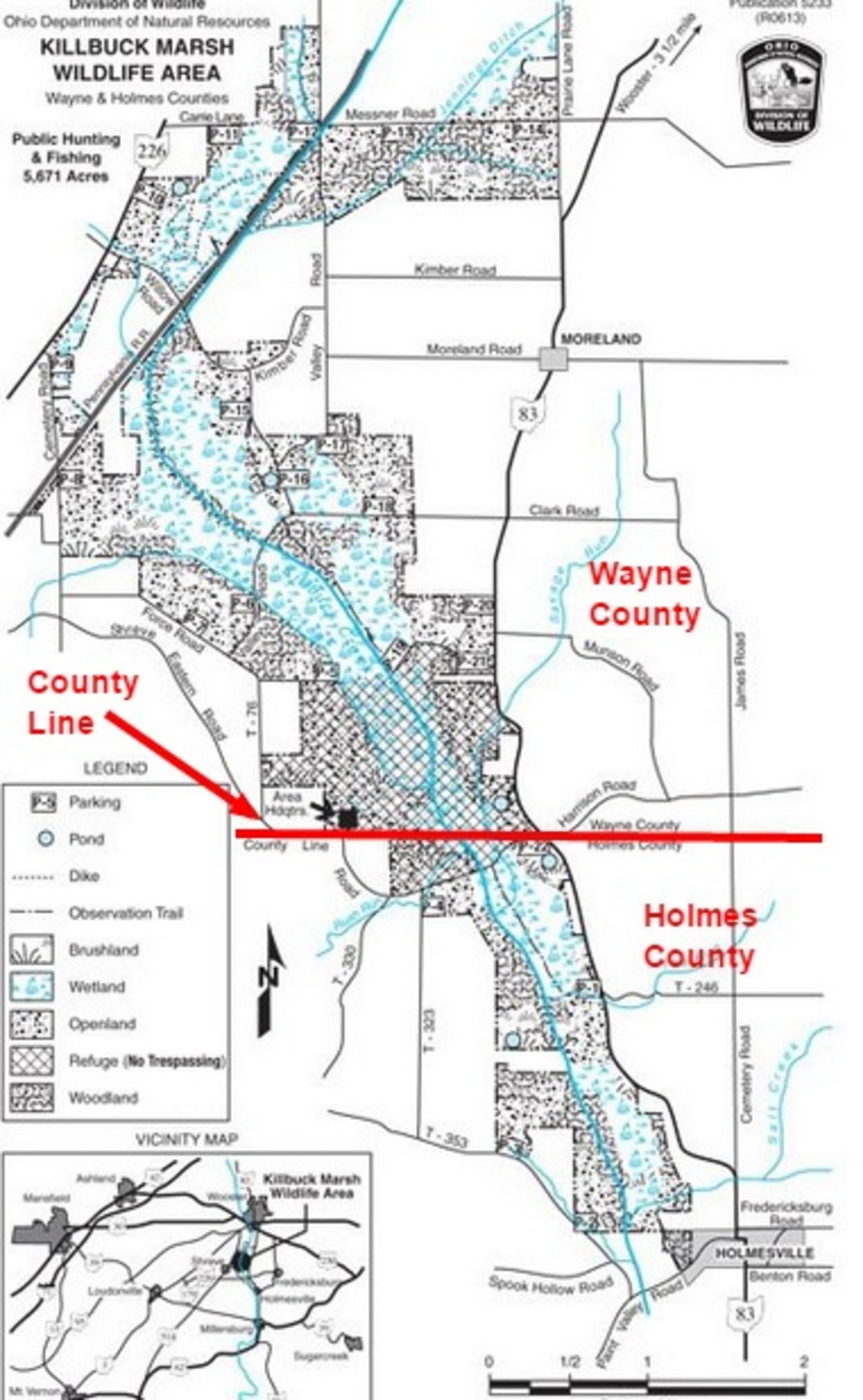