Also within or adjacent to the Hocking State Forest are the many hotspots in Hocking Hills State Park.

eBird hotspots have not been established for the roads and trails in Hocking State Forest. If you submit a checklist where there is no hotspot, please suggest it as a new hotspot.

A visit to the Hocking State Forest can take you to the past and provide a glimpse of the future. The sandstone cliffs reveal a time 300 million years ago when rivers to the east flowed into a shallow sea covering what is now called Ohio. Over geologic time, the land rose and small streams cut through the rock leaving the spectacular cliffs and waterfalls present today.

Remnant communities of birch and hemlock tell of times when the climate was much cooler and glaciers threatened (but were stopped by hills just to the north). Large diameter 400- to 500-year-old trees tell of simpler times and primitive technology. More recent changes are exhibited by old roadbeds, abandoned home sites, and stands of pine trees now growing in what were 19th-century corn, wheat, and hay fields.

The Ohio Agricultural Experiment Station, the predecessor to the ODNR Division of Forestry, started buying Hocking County land in 1924. These lands were acquired to demonstrate the practical value of forestry. The lands were generally cut over with forest stands in poor condition. Timber harvests were regulated; erosion was controlled and abandoned fields were planted with trees. Species like beaver and turkey were reintroduced. In the depression era, Civilian Conservation Corp worked on improvements to the area. In 1949, the Ohio Department of Natural Resources was formed and the Hocking Hills State Park was separated from the Hocking State Forest. In 1976, three State Nature Preserves were also designated on the state forest.

Today, Hocking State Forest is managed for a variety of objectives including demonstration areas of sound, scientific, sustained, and multiple-use management. Timber harvesting is closely monitored so it can be sustained. Erosion is actively controlled. Outdoor recreation is developed and encouraged. Habitat is provided and managed for game and non-game wildlife species. The ODNR Division of Forestry, the state forest system is dedicated to providing an example of sound multiple-use land stewardship. 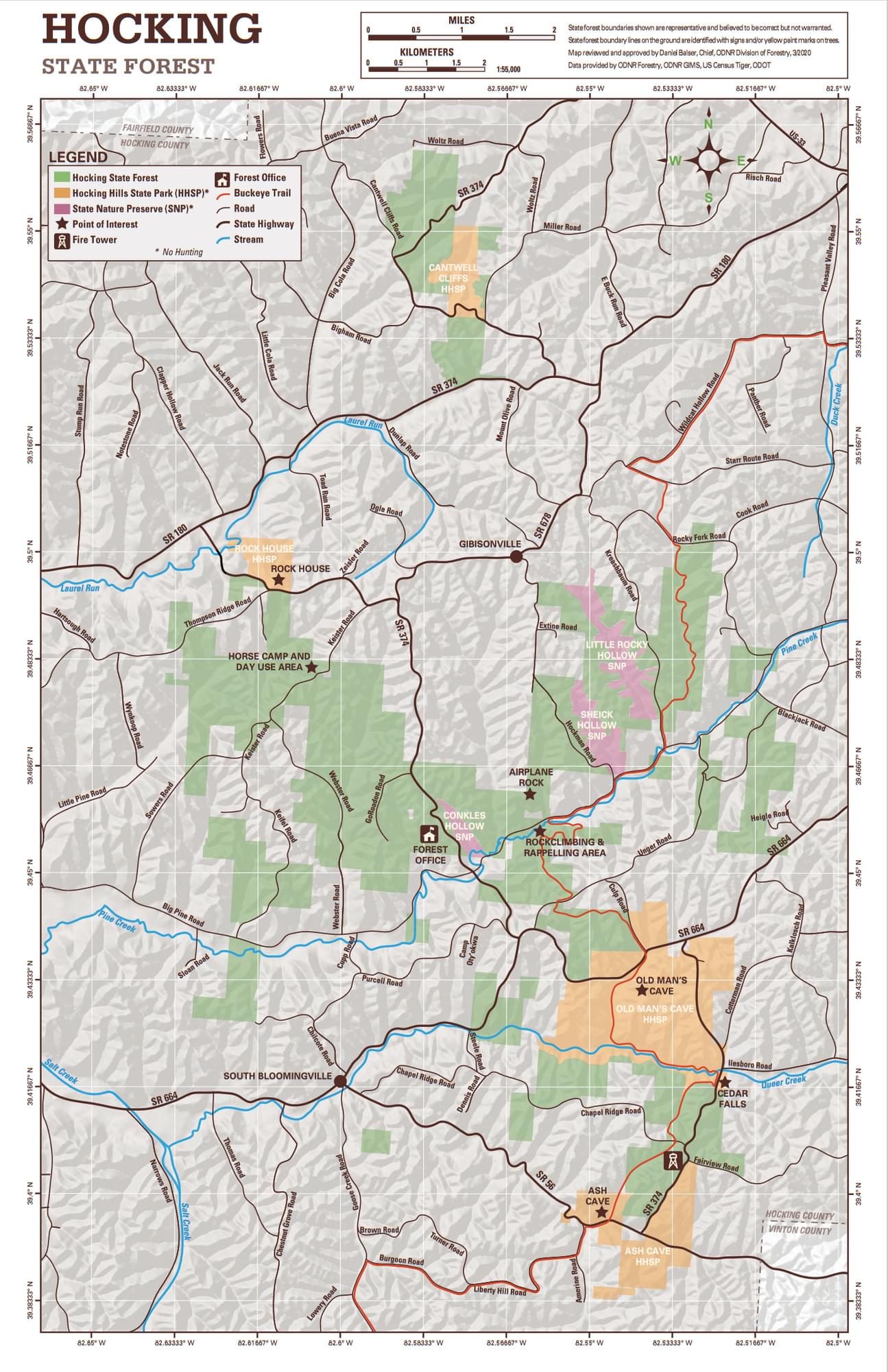