Despite its name, the Little Colorado River is one of the largest tributaries of the Grand Canyon, forming a dramatic narrow gorge that stays deep and enclosed for 45 miles across the flat plains of the Painted Desert in the Navajo Indian Reservation, before becoming shallower as it approaches Cameron on US-89, so that when the highway crosses the river the cliffs are only 100 feet high and the canyon floor is wide and bushy. The cliffs recede completely a little way east, though the river extends a long distance further to its origin on the slopes of Mount Baldy near Springerville, on the way tumbling over a few cascades including 185-foot Grand Falls. These are visible for just three or four months each year, however, as the river flows only during spring and after summer monsoons; for the rest of the time, the Little Colorado and its gorge are largely dry apart from the lowest 13 miles, downstream of Blue Spring. This powerful, year-round source produces large volumes of brilliant turquoise water, the unusual color being due to the suspension of several minerals including calcium carbonate. The color is diluted, or masked entirely if the river is flowing from further upstream, after rainfall.

The deep part of the canyon can be seen in the distance from various viewpoints in Grand Canyon National Park (such as Cape Final and Naji Point), but easily accessible, close-up vantage points are limited to two overlooks of the upper gorge along AZ 64, the section between Cameron and the edge of the Coconino Plateau, where the canyon is around 800 feet deep and 800 feet wide. The more spectacular lower gorge is much harder to reach, requiring long drives across unpaved roads in the Navajo Reservation, followed by a difficult hike, however for those suitably prepared, a trip to this remote region is a great way to spend a few days. 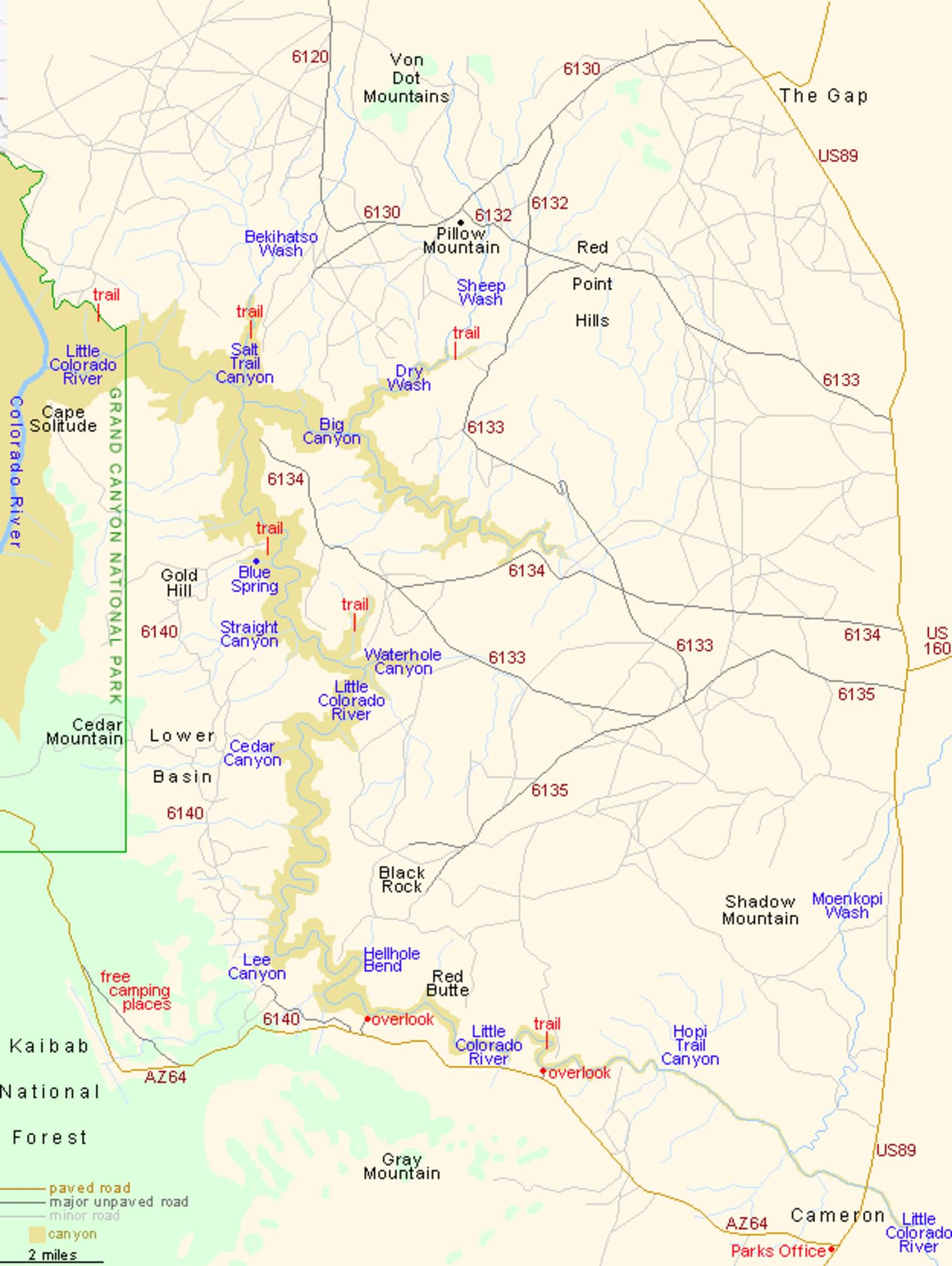