This 5,872-acre wildlife area is located five miles west of Marion on OH-95. The terrain is very flat. Sixty percent of the area is open land consisting of crop fields, meadow, and prairie grasses in large open fields. Second- and third-growth hardwoods occupy another 20 percent of the area. Pin oak, hickories, and silver maple are common species in the upland woods. Sycamore, box elder, ashes, and silver maple occur along the Scioto River. Index of Ohio’s trees from the Division of Forestry. Ponds, potholes, and over 1,200 acres of marsh and wetland occupy approximately 20 percent of the area.

The Big Island Wildlife Area lies within a former wetland prairie, one of the larger prairies that existed in Ohio at the time of settlement. Agricultural development of the area did not begin until the late 1800s, because of the poor drainage. Farming on these poorly drained soils was a marginal enterprise, with bumper crops harvested during years of favorable weather and practically no crops produced during poor years. Most of the once expansive tallgrass prairie on the area was lost because of the intensive agricultural use and drainage work that occurred prior to purchase by the Division of Wildlife.

Purchase of the land for this wildlife area began in 1958. Management work in the past has included the protection and improvement of existing woodland, nest box installation, planting of trees and shrubs and prairie and other grasses for nesting cover, contract grain farming for increased food supply, and wetland construction.

A 382-acre marsh, constructed in 1971, is flooded in the fall by water pumped from the Scioto River. This seasonally flooded marsh provides nesting, feeding, and resting grounds for wetland-dependent birds and furbearers and is especially attractive to spring and fall migrating shorebirds and waterfowl. The abundance of wetland wildlife attracted to the marsh along with the overall diversity of the area makes Big Island a popular area for hunters and wildlife watchers. This area is a Watchable Wildlife Area.

Habitat management activities on this wildlife area are ongoing and are constantly improving the area, especially for wetland and grassland-dependent wildlife species. Since 1996 nearly 3,800 additional acres were purchased to enlarge the wildlife area. These 3,800 acres have been converted to a combination of prairie grassland habitat and shallow wetlands, which has made Big Island the site of the largest wetland prairie area on public land in Ohio.

No restroom facilities in the wildlife area. There are portable toilets at some of the Marion Tallgrass Trail trailheads. 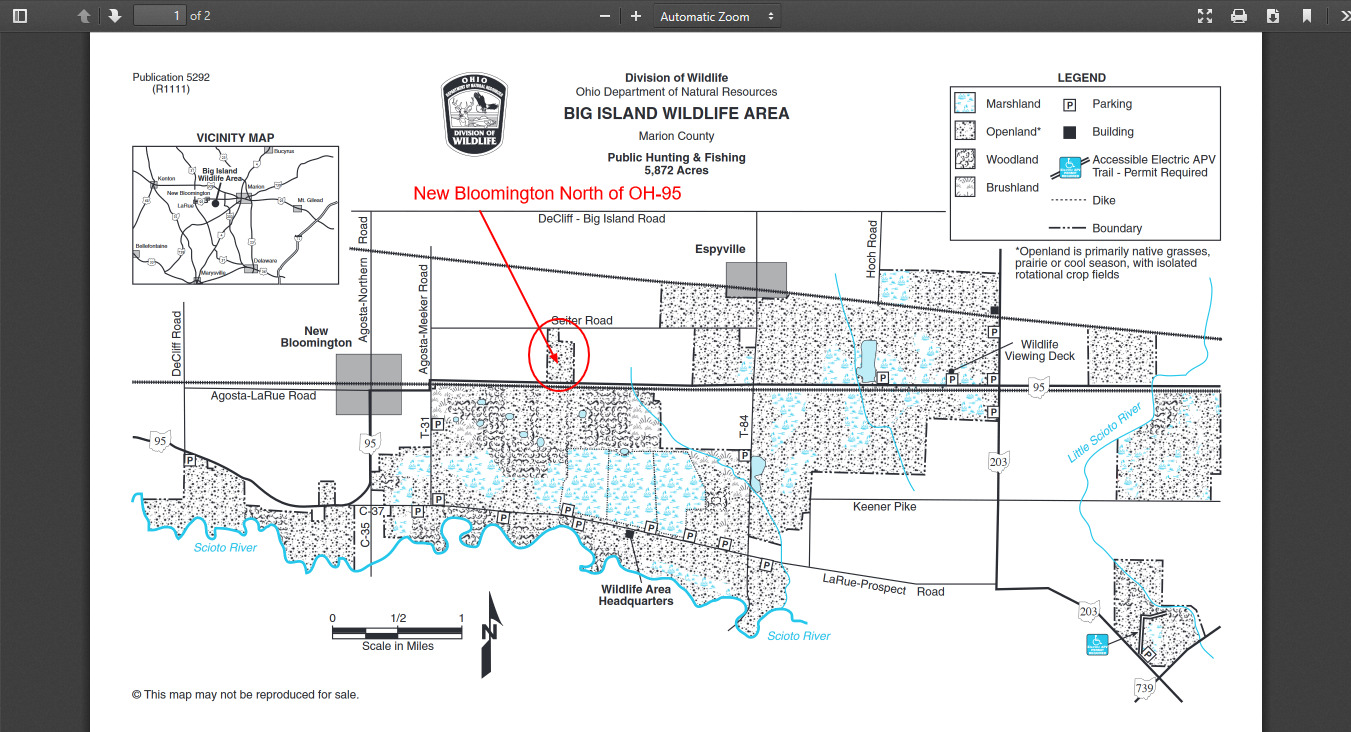 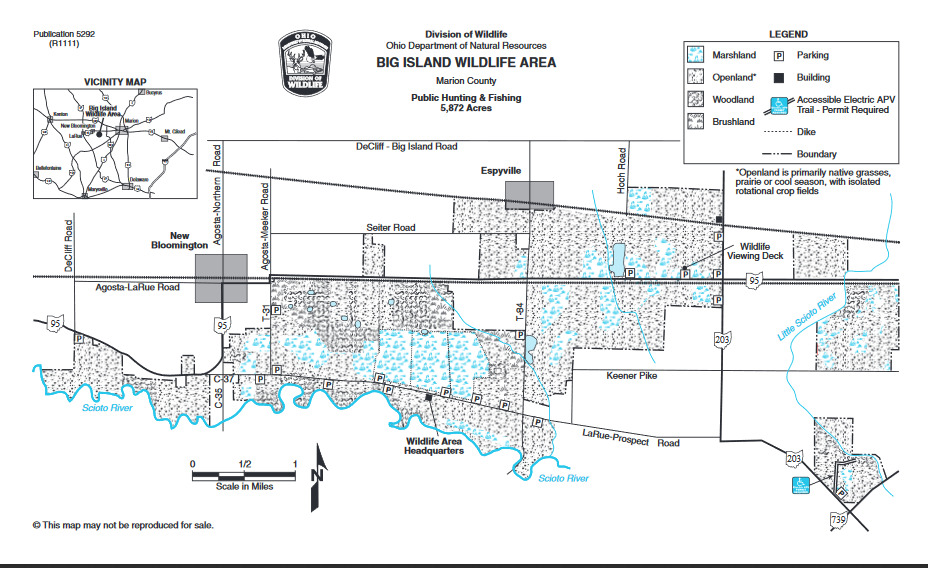