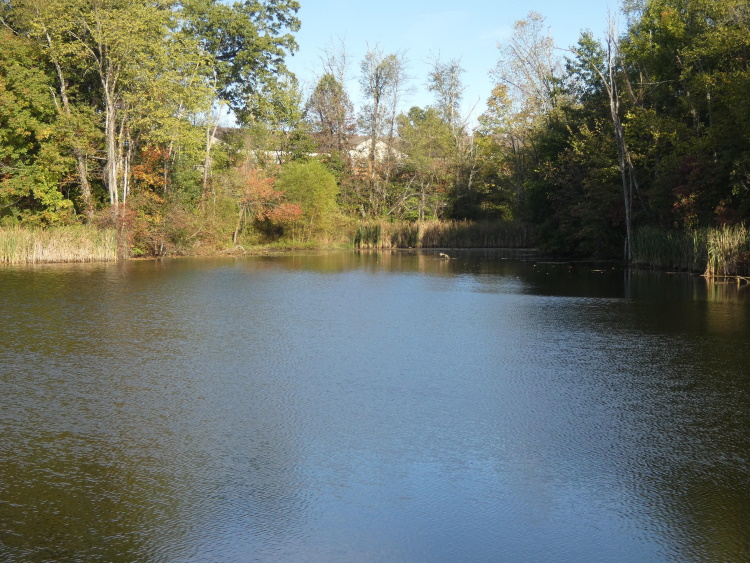 The Friendship Trail extends through a wooded hollow from the College Lake at the center of Muskingum University’s campus north about 1/2 mile to Lake Sturtevant. The trail is mostly asphalt with a short section in the woods that is packed dirt and mulch. Several small side trails merge off the main trail. There are restroom facilities in most of the University buildings when they are open. You can park in Visitor parking on the north side of College Lake, and there is a small parking lot adjacent to Sturtevant Lake (access from John Glenn School Road) at the north end of the trail. The trail passes from manicured lawns through creekside woods, a marsh, and a meadow. Several standing dead snags at Sturtevant Lake provide homes for woodpeckers, including Red-Headed Woodpeckers.
From William Kerrigan

On March 18, 1837, Muskingum College’s charter was granted by the Ohio State Legislature, to educate the sons of the farming village of New Concord in the classical college tradition.

In 1854, women began to be admitted on an equal basis with men.

During Muskingum’s early years, the predominant religion was Presbyterian, reflecting the Scotch-Irish heritage of the farmers who founded both the Village of New Concord and the College. In 1877, the College became formally associated with the Synod of Ohio of the United Presbyterian Church. Today, Muskingum welcomes all students irrespective of religious tradition and retains its affiliation with the Presbyterian Church (USA), through the three-state Synod of the Covenant.

Sturtevant Lake at the north end also has a fully paved and handicapped-accessible viewing dock.