South Chagrin Reservation is a stop on the Lake Erie Birding Trail.

The Chagrin River, designated a Scenic River in July 1979, flows through the eastern edge of South Chagrin Reservation. The forest in the reservation has many fine examples of hemlock, white oak, red oak, and shagbark hickory trees, as well as beech and sugar maples. This area is well-known for its brilliant fall colors.

The outdoor sculpture known as “Squaw Rock” in South Chagrin Reservation was carved by artist and blacksmith Henry Church in 1885. Church walked through the Chagrin River at night to sculpt this large sandstone boulder. Included in the carving is a quiver of arrows (with the four phases of the moon), a giant serpent, an eagle, a woman with a shell behind her (reminiscent of Botticelli’s Venus), a dog, a skeleton, and a baby in a papoose. While many have speculated about the meaning of the work, it is not known what message Mr. Church actually wanted to convey through this piece. Other smaller carvings can be found on the river side of the rock, although it is uncertain whether they were carved by Henry Church.

The reservation is located in Bentleyville, Solon, and Moreland Hills, and also features an Arboretum, Polo Field, and many interesting trails to explore. Look About Lodge, a log cabin built in 1938 by the Cleveland Natural Science Club, offers year-round outdoor education programming for all ages.

South Chagrin Reservation provides amazing opportunities to explore the natural and cultural history of the region, as well as walk, picnic, bike, ride horseback, and sled. A large network of well-maintained primitive trails allows visitors to explore natural areas with sandstone ledges, hemlock forest, coldwater creeks and ravines, and the designated State Scenic Chagrin River. Historical landmarks such as Look About Lodge, Henry Church Rock, Quarry Rock, the Polo Fields, and the old Boy Scout Camp are scattered throughout the reservation. Amenities include picnic areas, playground areas, and restrooms. The Land Conservancy helped add more than 140 acres of mid-successional and mature upland and bottomland forests, wetlands, wet meadows, and a section of the Chagrin River. 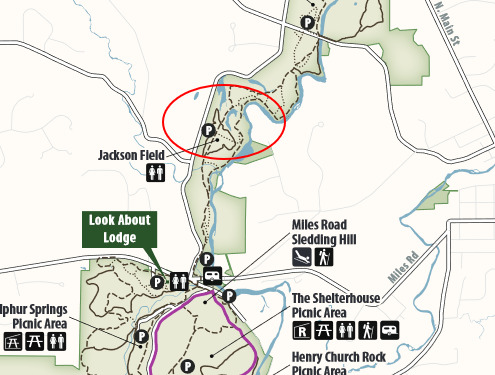 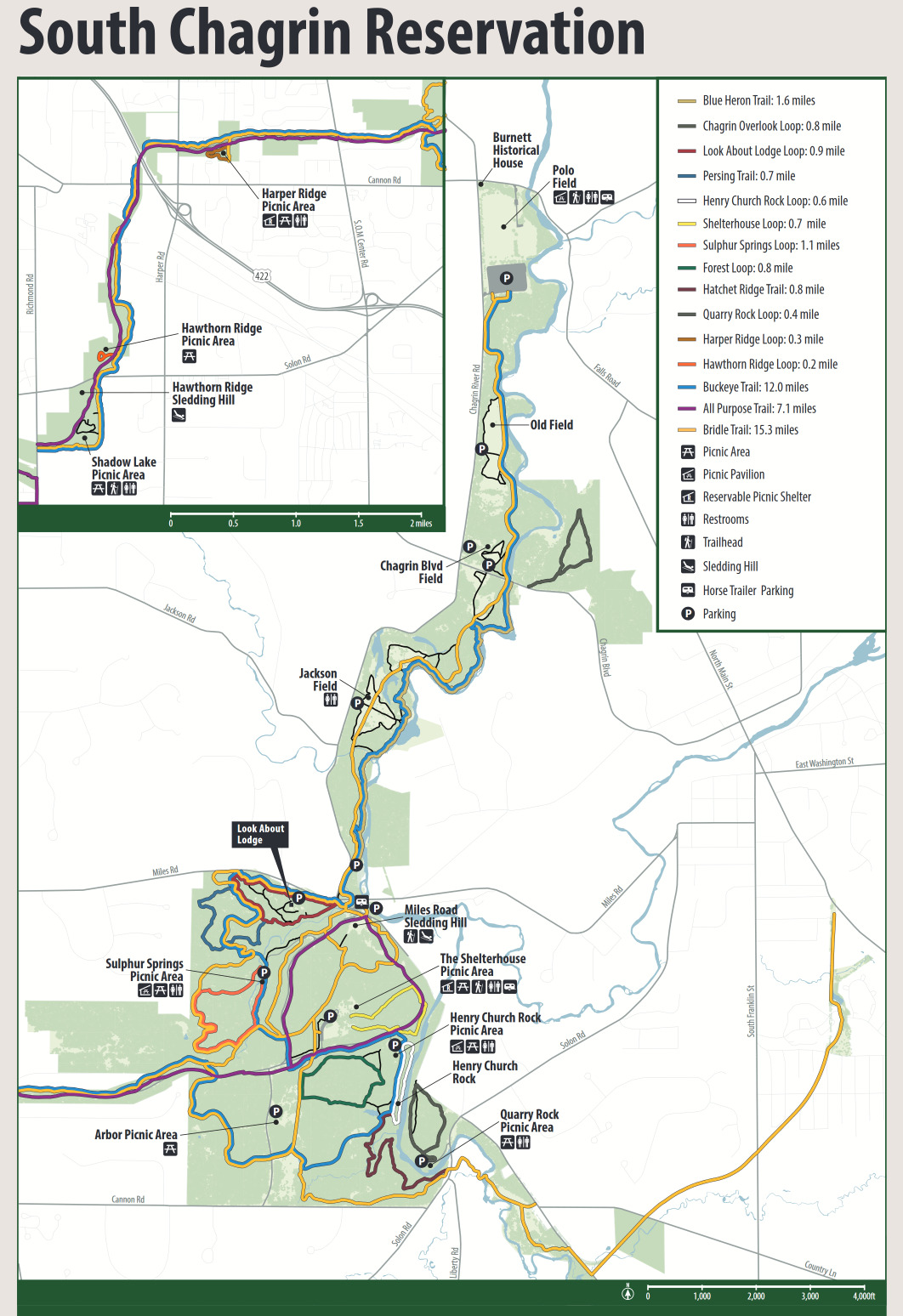