In order for manufacturing to deal effectively with these conditions, factories needed to have enough land in an area with transportation access, and near adequate housing for workers. Ideal locations for industrial expansion had plenty of land, were accessible by train, and were not too far from the services available in urban areas. The only thing that these remote locations did not have was adequate housing.

The Jaite Paper Mill was built in 1905 adjacent to the Ohio and Erie Canal and a branch of the B&O Railroad. The following year, Charles Jaite built five two-family dwellings for his employees. Employees rented these for $7 a month, or approximately 23 percent of a worker’s monthly salary. In 1917, four additional houses were built. A company store and boarding house, worker showers, stable, freight depot, boarding platform, and a water tower were also constructed. Many of the early immigrants were recent immigrants from Poland—adding a new facet to the English, Irish, and German ethnic character of the Cuyahoga Valley. 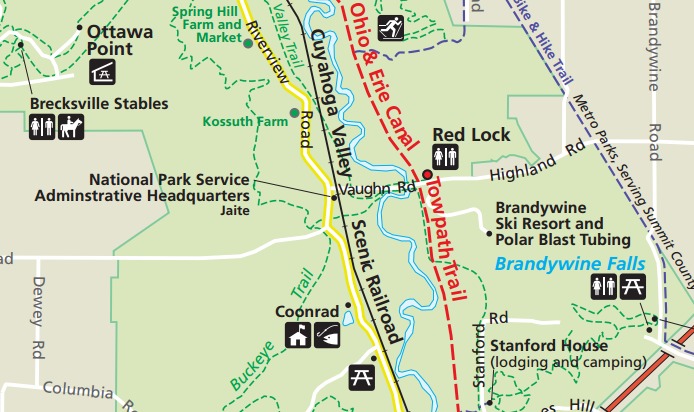