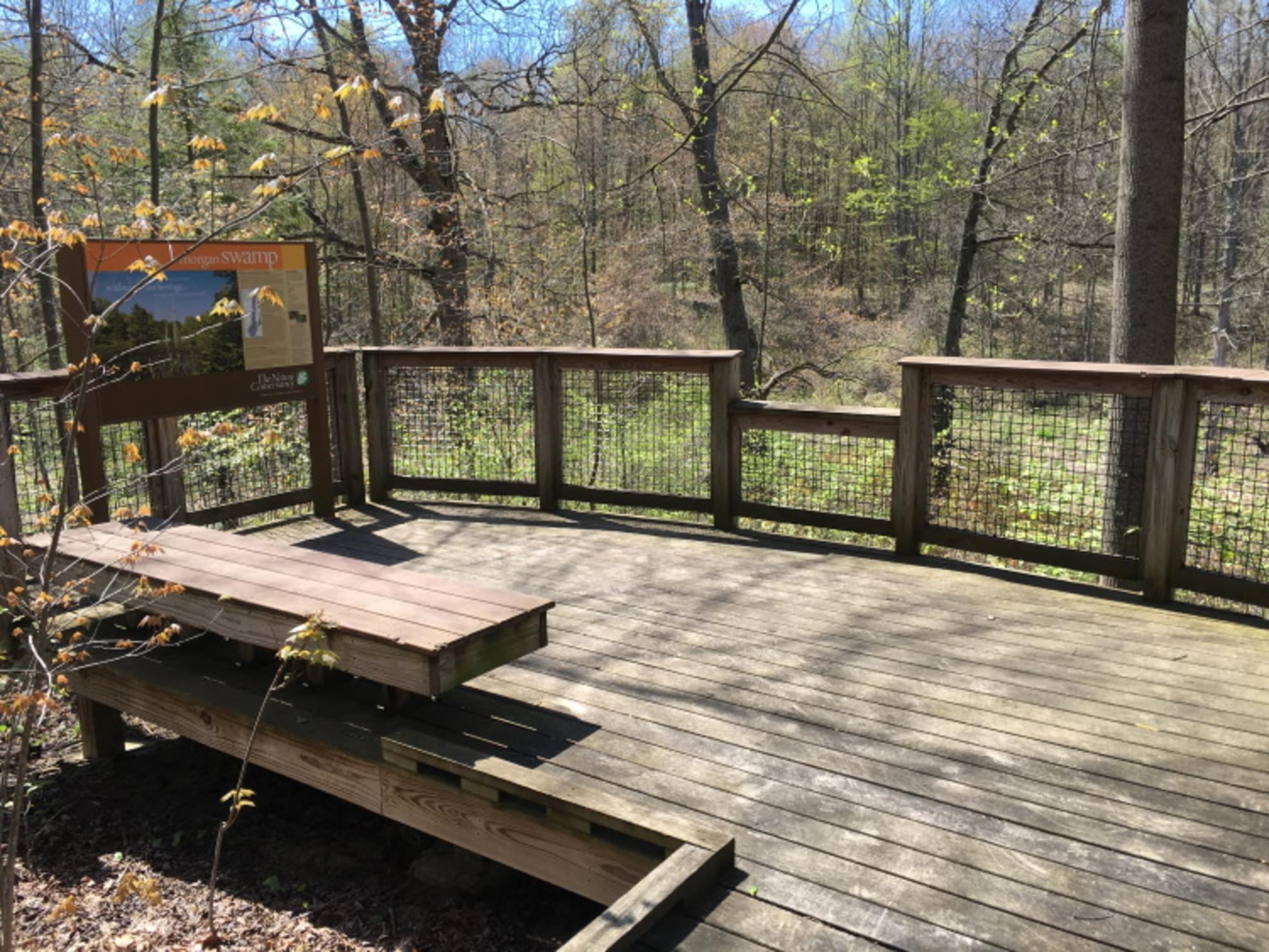 At more than 1,600 acres, The Nature Conservancy’s Morgan Swamp Preserve is one of the largest privately protected forested wetlands in Ohio. The swamp is home to an abundance of wetlands including swamps, bogs, beaver ponds, and vernal pools. A rich diversity of plants and animals call it home, from the beautiful white calla lily to the tiny four-toed salamander hidden among the vernal pools.

Morgan Swamp Preserve is part of a greater wetland system called the Grand River Lowlands, which got its start some 12,000 years ago when portions of northeastern Ohio’s Ashtabula and Trumball counties were occupied by a large glacial lake. This glacial lake deposited a thick layer of silt and clay ranging in depth from 5 to 50 feet. Watertight, these clay soils resulted in the formation of the swamp forest, marsh, sphagnum bogs, and sedge meadows that exist in the area today.

These wetlands are critical to the health of the state-designated “Wild and Scenic” Grand River, an important tributary to Lake Erie, which is a source of drinking water for millions of people

Long Pond Trail – 1.25 miles round trip
The Long Pond Trail is an easy to moderate round-trip that terminates at an overlook deck at Long Pond. This trail offers wonderful views of vernal pools and beaver ponds and opportunities to see a rich diversity of plants and animals. Long Pond is an unusual wetland believed to have been formed after the last ice age when the newly emerging Grand River was carving its way north.

A description and map of a hike on the Long Pond Trail is on the AllTrails website. 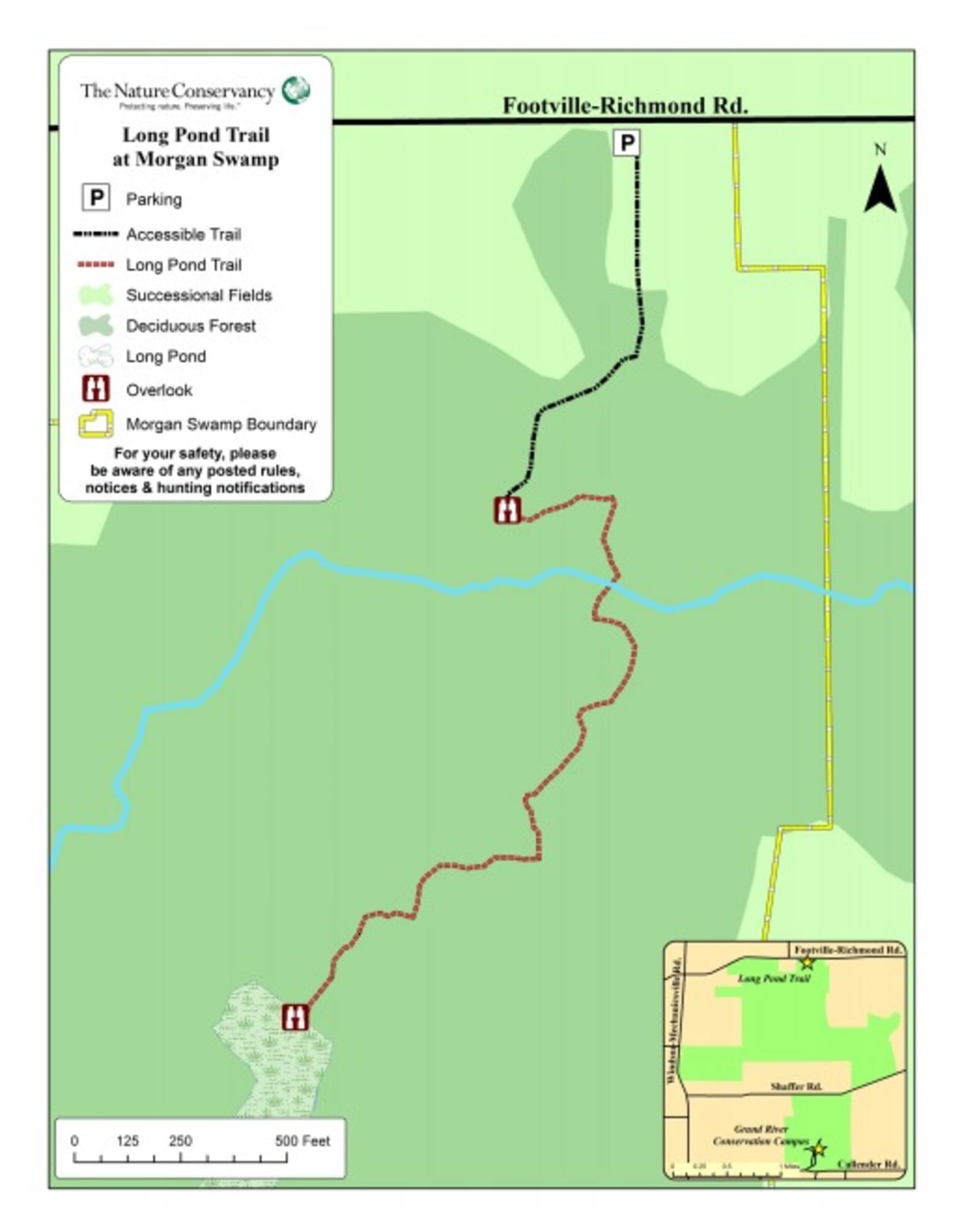