Also, see all the hotspots at:
Delaware State Park

Delaware State Park rests in the midst of the fertile agricultural till plains of Delaware County. In contrast to the surrounding farmlands, the park offers a variety of natural features. The area lies upon Columbus limestone. Formed over 350 million years ago, this bedrock outcrops in a north-south band through Ohio. The rock has been quarried for years and utilized in many ways including the construction of the state capitol building in Columbus.

Before the settlement of the area, a rich beech-maple forest covered the landscape. That original forest has long since been cut, but a healthy second-growth forest is preserved in the park. The woodlands and meadows harbor a diverse array of plant and animal life. Interested observers can find large-flowered trillium, wild blue phlox, Queen Anne’s lace, and New England asters.

The fields and woodlots are home to the fox squirrel, woodchuck, rabbit, and white-tailed deer. The adjacent wildlife area is populated with ring-necked pheasant, while the lake and wetlands are a mecca for waterfowl.

Birdwatching is popular here as many species of songbirds nest in the area. A bluebird management trail attracts this beautiful cavity-nesting bird. 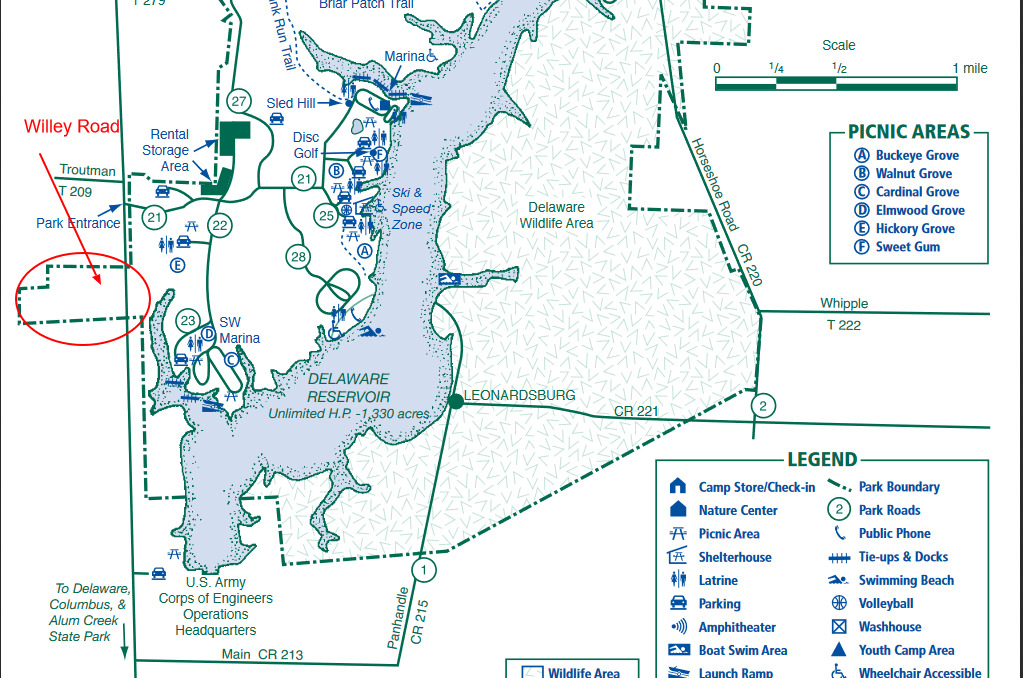 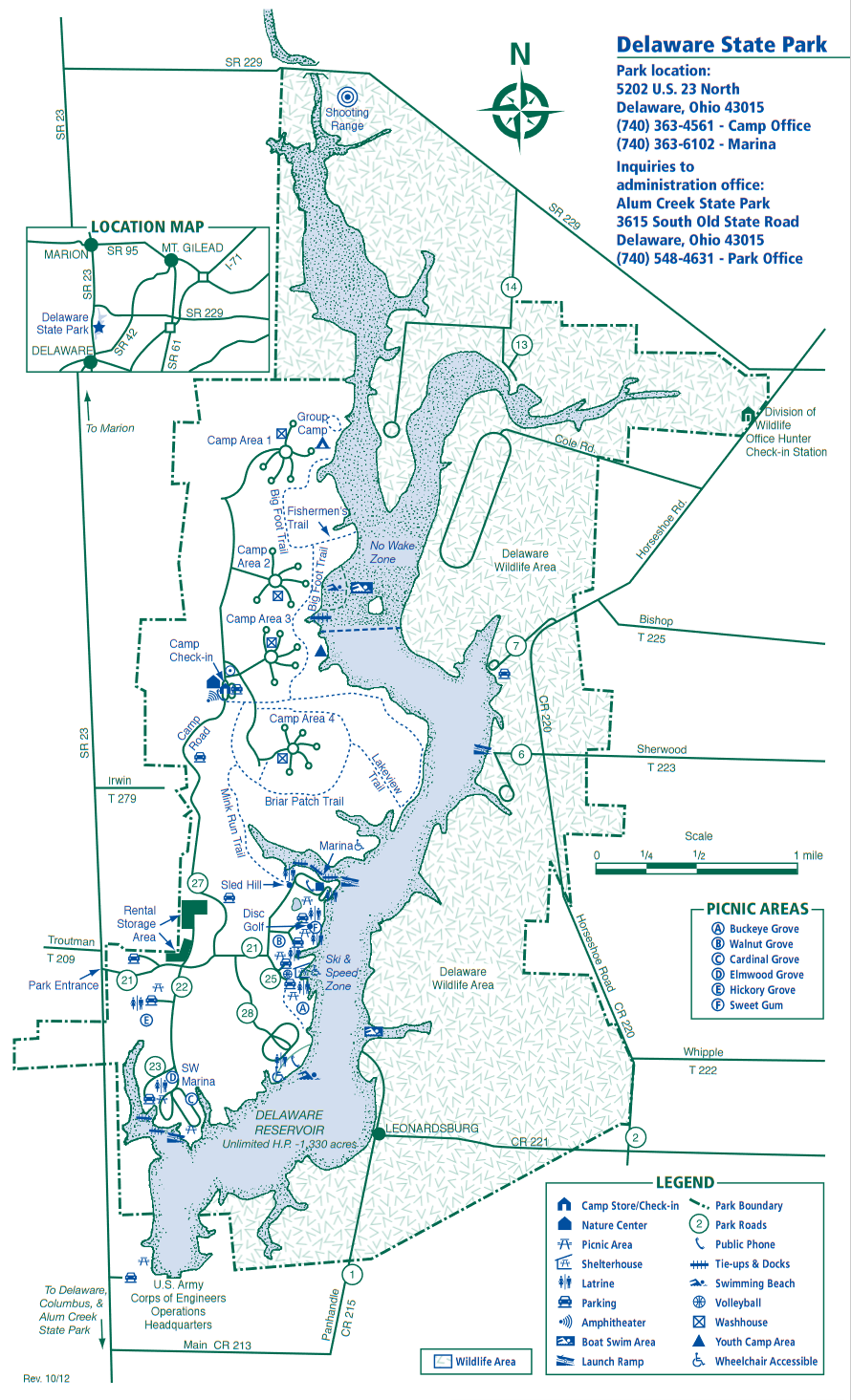