Also, see all the hotspots at:
Deer Creek State Park

Deer Creek State Park lies on the eastern edge of the great till plains of Ohio. These plains receive their name from the glacial debris, or till, which is a mixture of sand, silt, and gravel that was deposited by the glaciers. As glaciers advanced across the northern two-thirds of Ohio, most hills and valleys were covered and filled in by the till leaving this part of Ohio relatively flat.

Today, these rich plains in the park’s region support corn, soybeans, and wheat. The first settlers to the area did not find these open fields. Except for a few small prairie openings, the region was covered by dense woodlands. Regrowth of the original woodlands can be found scattered along the ridge tops and creek bottoms of the park.

Wildflowers abound in the fields and woodlands of the till plains. In spring, common flowers are Dutchman’s breeches, rue anemone, trillium, spring beauty, and bloodroot. The summer months produce thimbleweed, wild lettuce, jewelweed, and daisy fleabane. In autumn, the most abundant flowers are aster, goldenrod, and chicory, whose roots were used by settlers to make a coffee-like beverage.

The best-known animals of the Deer Creek area include amphibians such as the chorus frog, spring peeper, and American toad. Reptiles include box and painted turtles, black rat snakes, and eastern garter snakes. Numerous mammals inhabit the park. Most of them are small and include the red fox, raccoon, opossum, woodchuck, skunk, rabbit, deer mouse, and white-tailed deer. Deer Creek is known for its population of ring-necked pheasant. Other birds of the area include eastern meadowlark, song sparrow, cowbird, eastern bluebird, barn swallow, and woodcock. 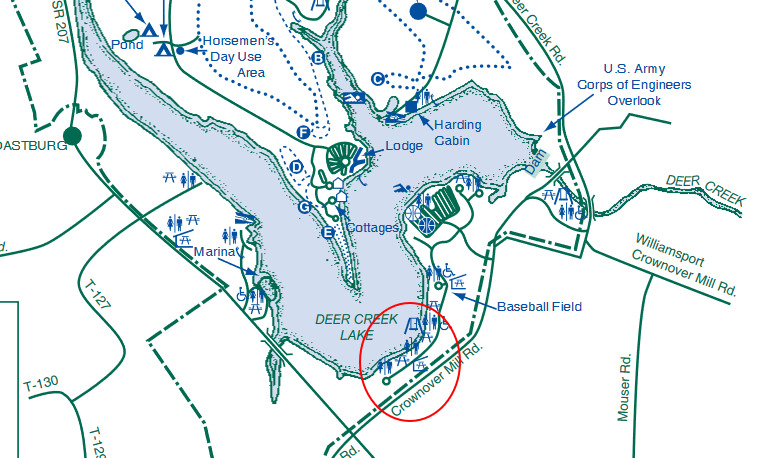 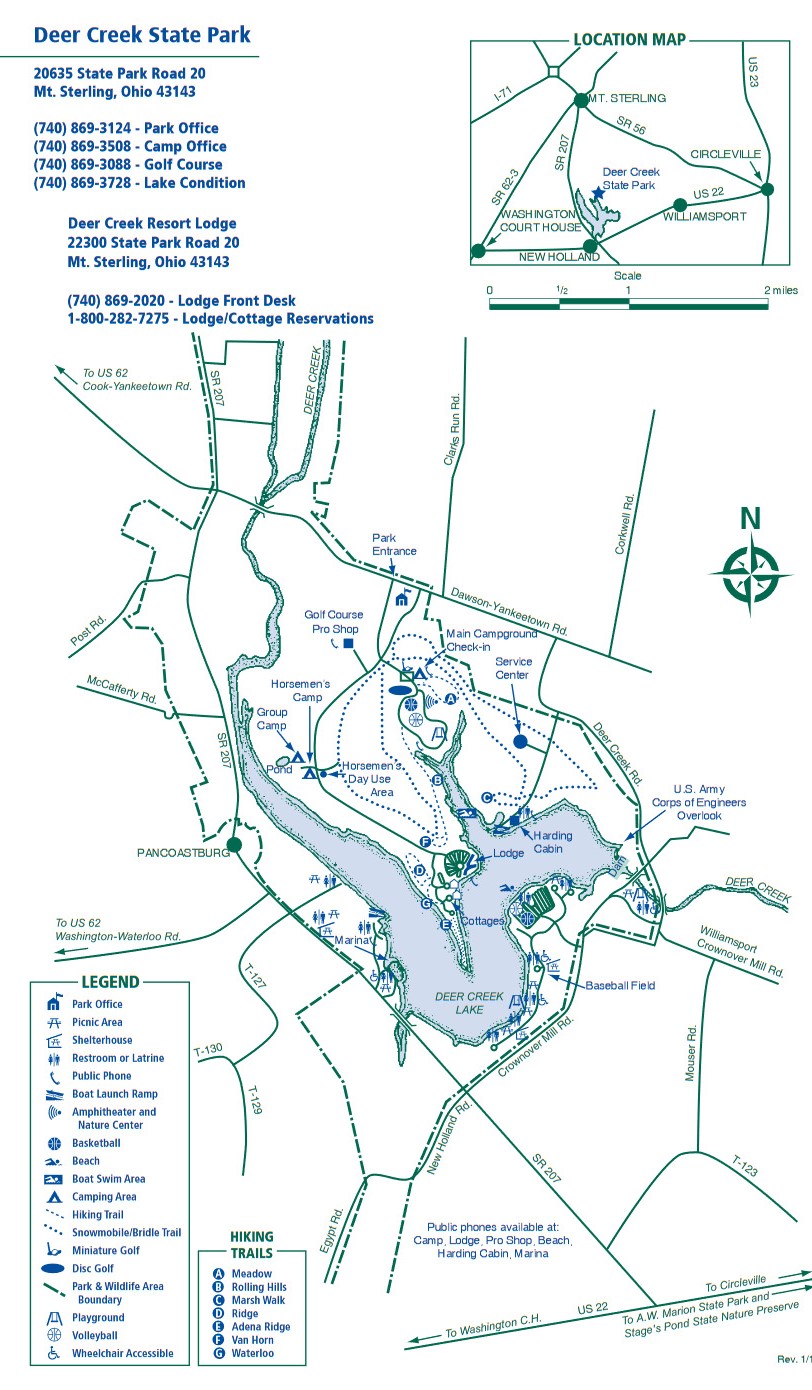