Also, see all the hotspots at:
Highbanks Metro Park

The River Bluff development is situated on the west side of the Olentangy State Scenic River at Highbanks Metro Park. The site is dominated by floodplain, new growth sycamores and boasts impressive views of the 100-foot shale bluffs across the river. The River Bluff area will open in 2017 and will include parking, canoe and kayak access, and a nature trail.

Highbanks is appropriately named for its massive 100-foot high shale bluffs that tower over the Olentangy State Scenic River. Tributary streams cutting across the bluff have created a number of deep ravines extending into the eastern part of the park. Ohio and Olentangy shales, often containing outstanding examples of large concretions, are exposed on the bluff face and sides of the ravines. This area has been designated a National Natural Landmark.

Visitors will see outstanding examples of oak-hickory, beech-maple, and floodplain hardwood forests as they hike the park’s 11 miles of trails. Highbanks is also rich in Native American history. The park contains two Adena Indian burial mounds and a prehistoric earthwork.

Hutchins Preserve is situated on 100-foot high bluffs overlooking the Olentangy State Scenic River in Delaware County. These massive cliffs are comprised mostly of Devonian-age Ohio black shale along with some Olentangy shale. An oak-hickory woodlands community dominates the drier ridge tops giving way to beech-maple further away from the bluffs. The preserve features 45 tree, 22 shrub, and 144 herbaceous species. A large semi-circular earthwork attributed to the Late Woodland people (Cole culture) and designated as a National Historic Landmark is located within the preserve.

The preserve is owned and managed by the Columbus/Franklin County metropolitan parks system. 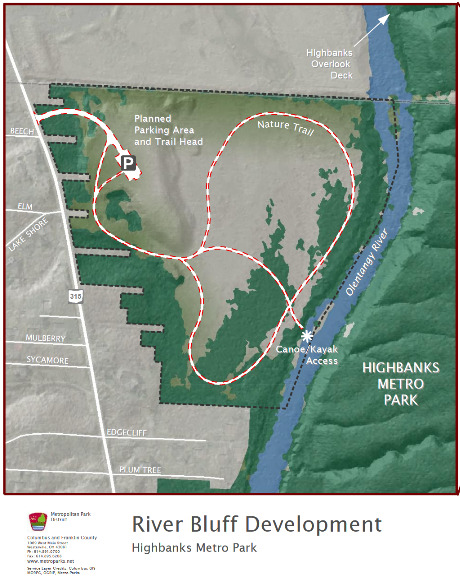 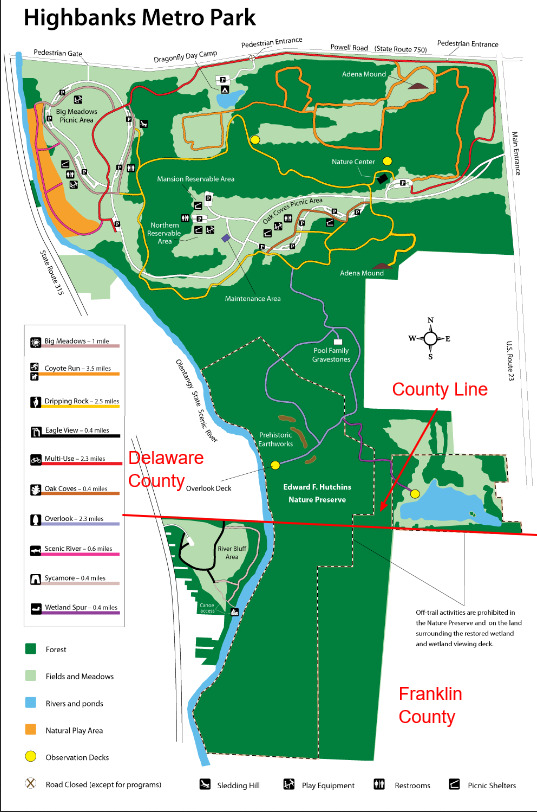