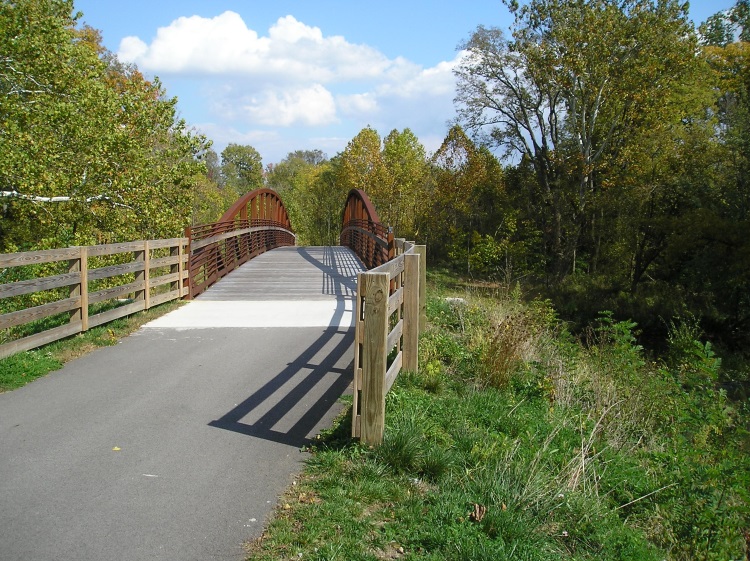 Also, see all the hotspots at:
Big Walnut Trail

The best places to access this part of the trail are from either end; either park at Veterans Memorial Park (off East Johnstown Road) at the north end or along Cliffside Drive at the south end. South of Granville Street, the Big Walnut Trail squeezes between the Gahanna Swim Club and Big Walnut Creek before looping through Price Road Park. This large park is mostly successional fields, and attracts many species uncommon elsewhere in the vicinity, like Woodcocks, Brown Thrashers, Field Sparrows, and Common Yellowthroats. A series of footpaths head west from the bike path, allowing further exploration of the park habitat.

At the southern end of the park, the trail makes an intersection, with the south and west forks going to Price Road, while the east fork crosses over the creek to run along the north end of Galloway Preserve before dumping out at Cliffview Drive. The more forested patches in this preserve act as a sound buffer for nearby I-270, but also have a decent diversity of forest birds. Often birds migrating down the Big Walnut corridor will pile up at this southern end, reluctant to cross the freeway and airport further south, so the area can have flocks of Robins, waxwings, blackbirds, and sparrows

The Big Walnut Trails follows the Big Walnut Creek from Hoover Reservoir to Inniswoods Metro Gardens, running through various beautiful parks along the way. Several segments also pass by Creekside in Gahanna and the southeast area of Columbus. 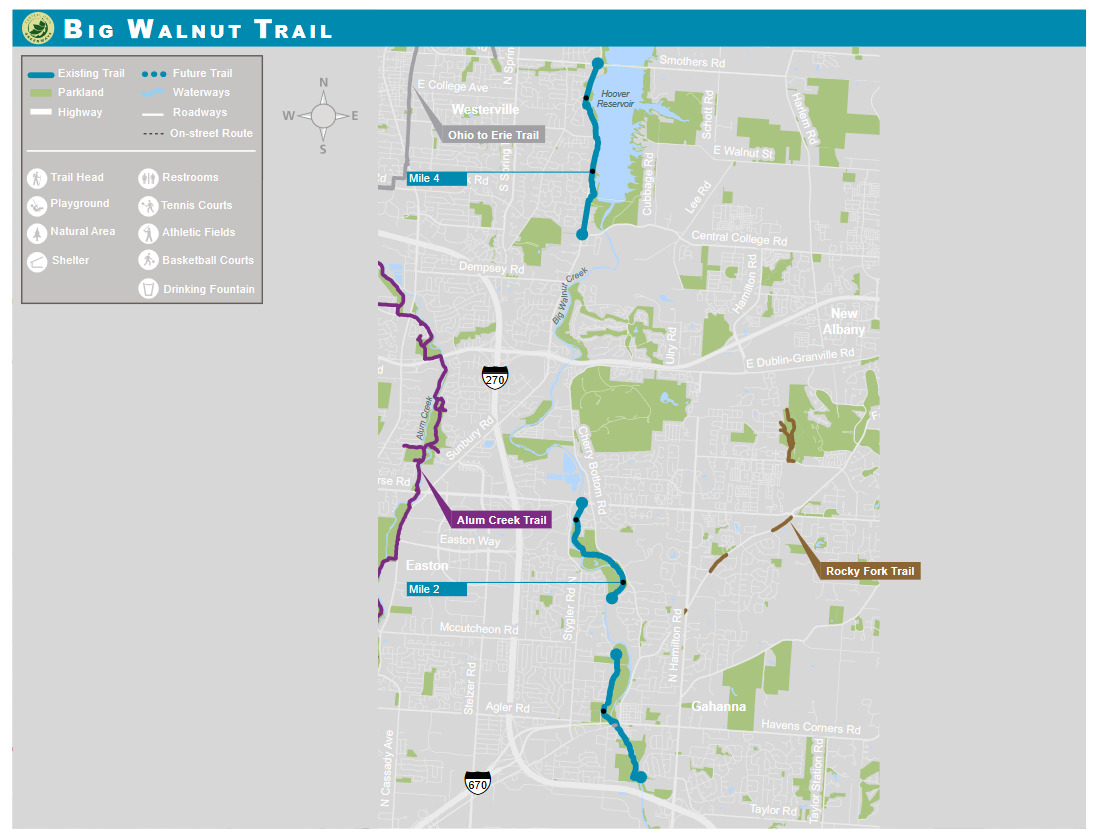