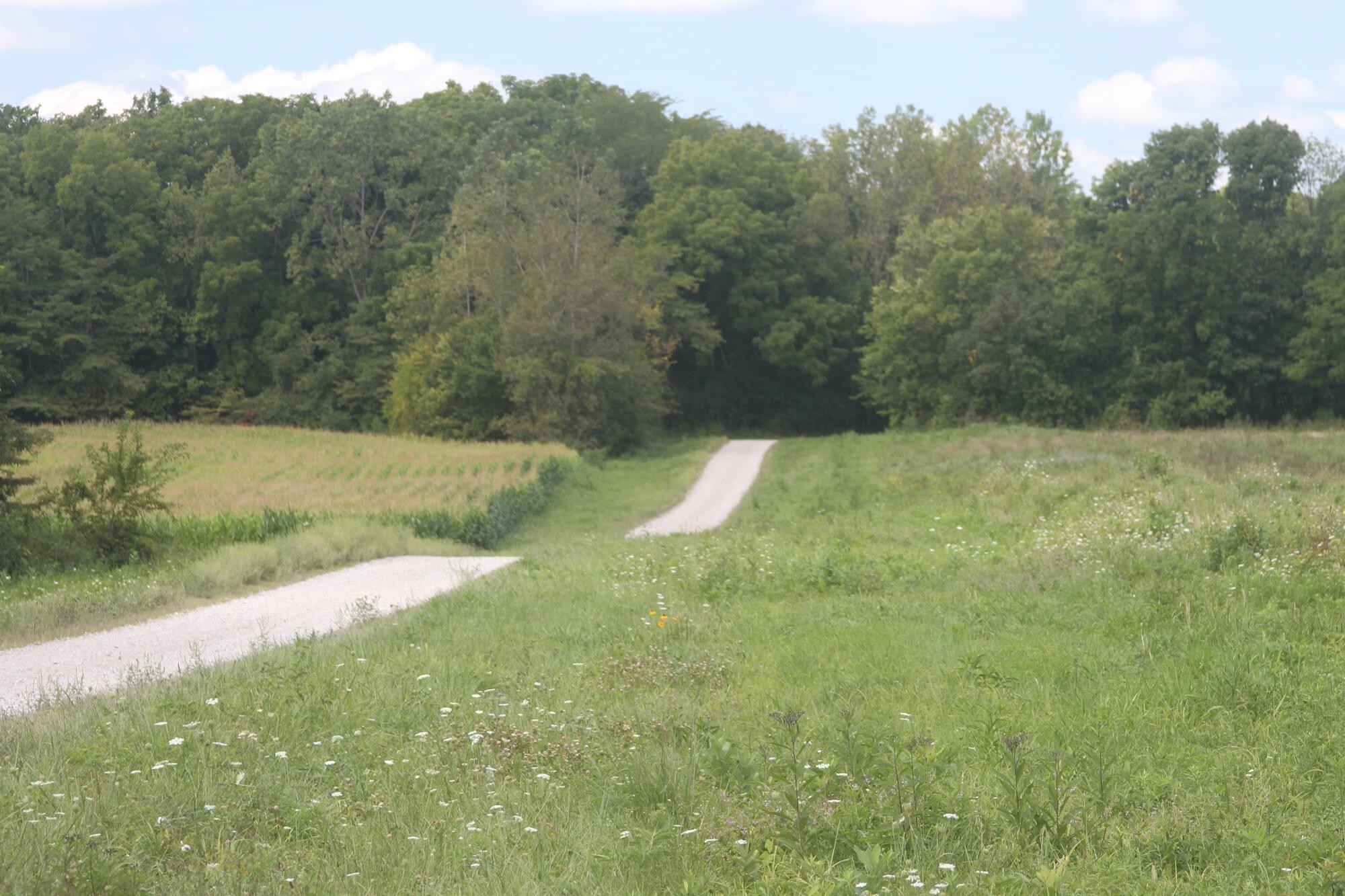 Also, see all the hotspots at:
Delaware Wildlife Area

The 4,670-acre Delaware Wildlife Area is situated in central Ohio eight miles north of Delaware, 10 miles south of Marion, and between US-42 and US-23. The wildlife area is adjacent to the Delaware Reservoir and Delaware State Park and can be reached from the east and west by OH-229 and from the south and north by US-23 and County Road 220.

The topography of the area ranges from flat to slightly rolling. The soils are generally well drained and of medium productivity. Approximately 350 acres are under cultivation in row and small grain crops annually. Approximately 50 percent of the wildlife area is in old field habitat consisting of mixed grasses, briars, and small shrubs. Over 10 percent of the area has been planted with prairie grasses, timothy, and clover to provide grassland wildlife habitat. 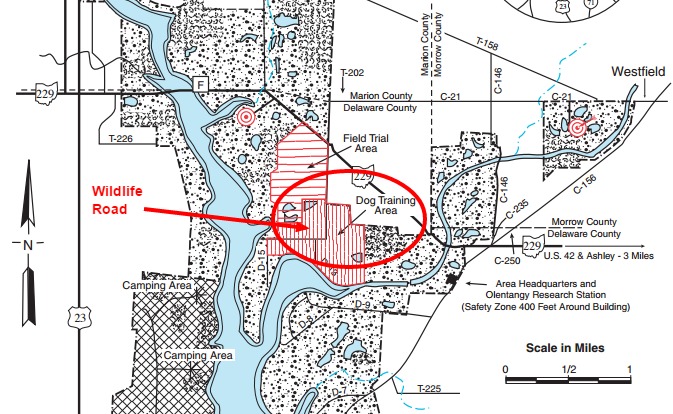 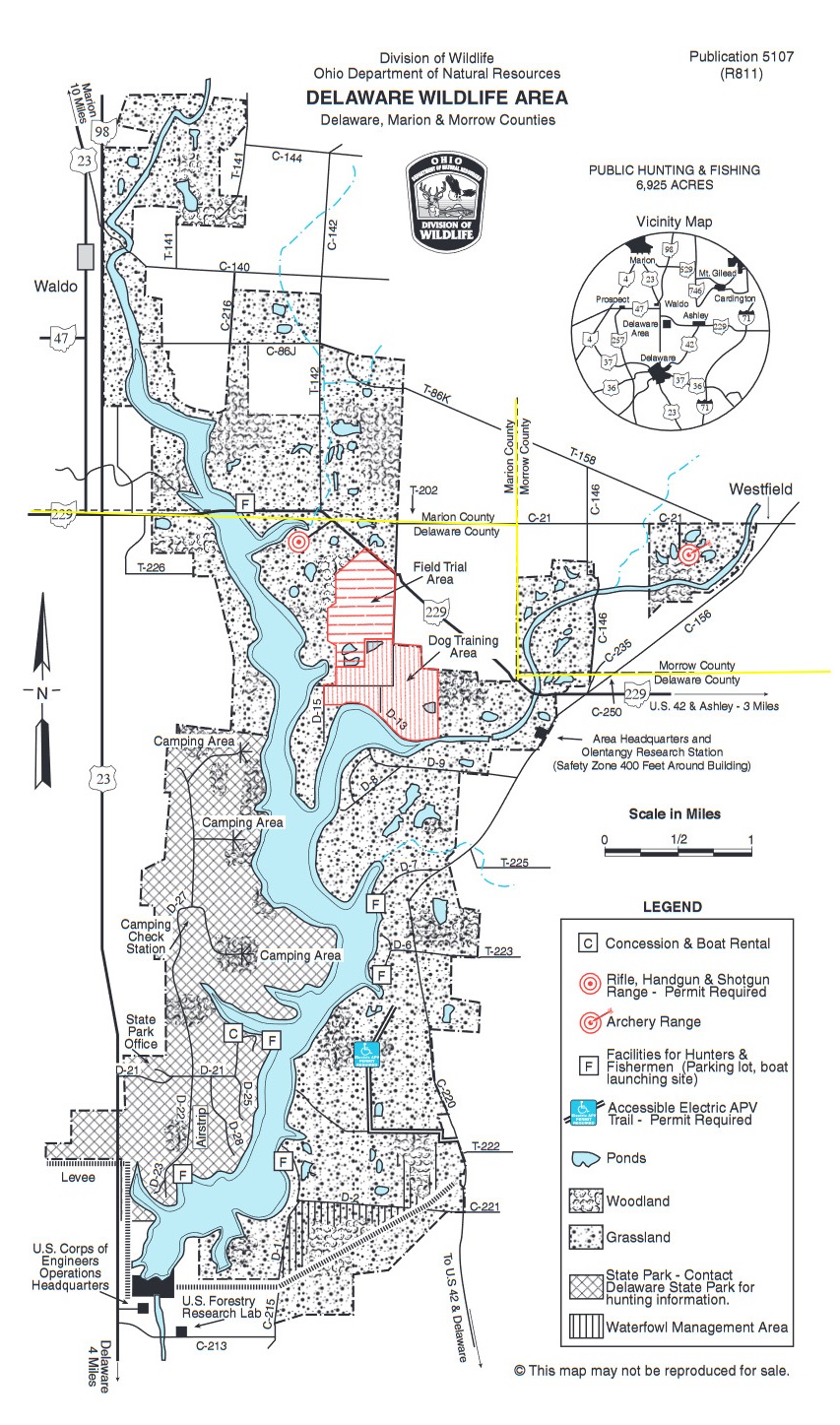