Also, see all the hotspots at:
Stonelick State Park

By studying the bedrock layers in Ohio, we can find clues that reveal ancient seas, marshes, or swamps covered all or portions of the state at various times in the past. Remains of plants and animals that lived in those waters littered the sea’s floor and became entombed as lime precipitated to the bottom. Eventually, the lime and other sediments solidified into stone and uplifted forming dry land.

An arch formed in Ohio, during the time the Appalachian Mountains were formed, known as the Cincinnati Arch. This dome-like feature of uplifted bedrock passes through Stonelick. Several areas of the arch have been exposed from erosion uncovering some of the oldest rocks (350-500 million years old) in Ohio. The once entombed fossils are now exposed giving Stonelick one of the richest fossil records in the state. The rocks of the arch contain so many fossils of such diverse species that they have become very famous and have attracted people from all over the world since the early 1800s. Trilobite, brachiopods, and cephalopods provide excellent finds for fossil hunters.

Another interesting feature of the Stonelick landscape is the significant stand of sweet gum trees. Normally, sweet gum is a subordinate tree but co-dominates the woodlands of Stonelick with beech and maple. Substantial colonies of dense flying star, purple fringeless orchid, and Virginia mountain mint, all uncommon wildflowers in Ohio, can be found in the park. 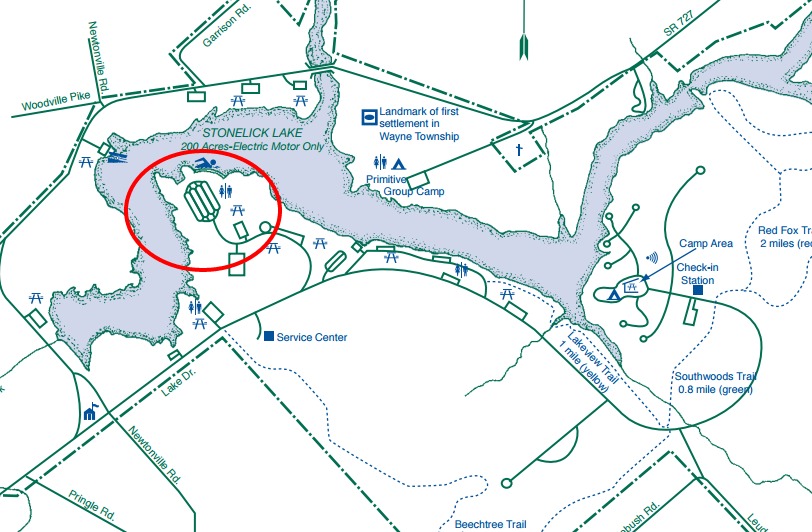 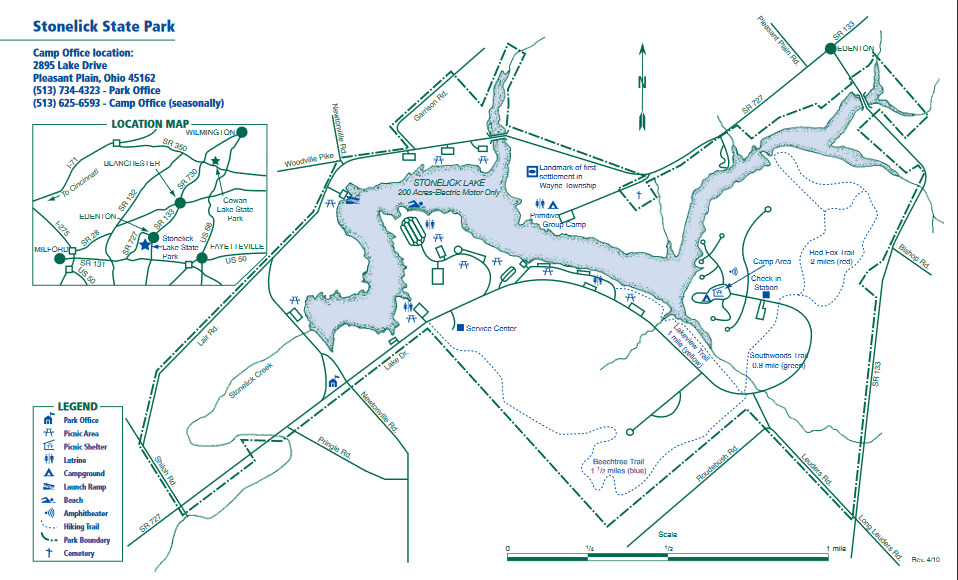