There are several small parking areas along Road 54 and a large one on the north side at the dead end where Sugartree Fork enters the lake. There are several small ponds on the south side of Road 54 with mowed dikes around some of these. This area of the park is in the public hunting area so caution is advised when birding during hunting season.
From Michael Crouse

Before settlement, Ohio lay in the heart of a vast forest wilderness stretching from the Appalachian Mountains to the Great Plains. None of the world’s hardwood forests surpassed this one in the variety and size of trees. Ohio’s forest was a magnificent sight and an enormous challenge for settlers determined to clear and till the land. Towering oaks, hickories, beeches, maples, walnuts, ashes, and chestnuts, some over 150 feet tall, rose from the rich fertile soil below. By 1900, most of Ohio’s original forest was decimated. In its place stood wheat, corn, oats, hay, and thriving cities

Through conservation efforts over the past few decades, a magnificent regrowth has occurred. Today, nearly 30 percent of the state is once again supporting a thriving forest. This is most evident in the rugged, unglaciated hill region of southeastern Ohio including Salt Fork State Park. Salt Fork contains a blend of rich woodlands and rolling meadows. The park contains diverse populations of plant and animal life. White-tailed deer, wild turkey, ruffed grouse, red fox, gray squirrels, and barred owls are well established within Salt Fork. Songbirds such as the scarlet tanager, cardinal, goldfinch, Kentucky warbler, and others provide delight for birdwatchers.

Spectacular wildflowers such as wild geranium, large-flowered trillium, violets, asters, and goldenrod line the forest floor and meadows. In spring, the melody of wood frogs, chorus frogs, and spring peepers echo through the park.

Salt Fork is said to have derived its name from a salt well used by Native Americans which was located near the southeastern corner of the park. Salt Fork lies in the unglaciated portion of the state. Throughout the area, thick-bedded, erosion-resistant sandstone or conglomerate overlays more erosive siltstone, shale, coal, and limestone layers, resulting in shelter caves, such as Hosak’s Cave, along with small waterfalls in the secondary drainages. Other interesting geologic features around the park are massive blocks of sandstone that have become detached due to the differential weathering and toppled down the slope. 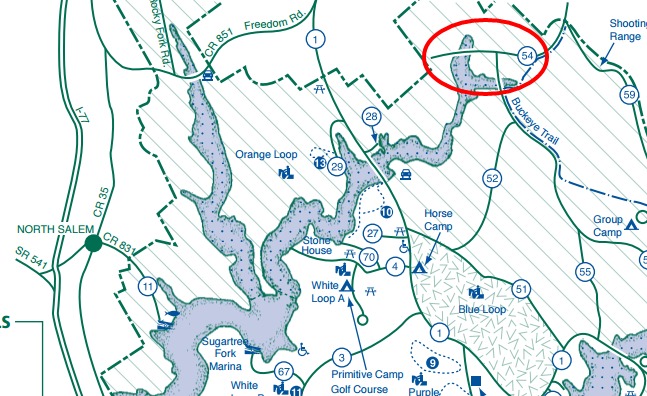 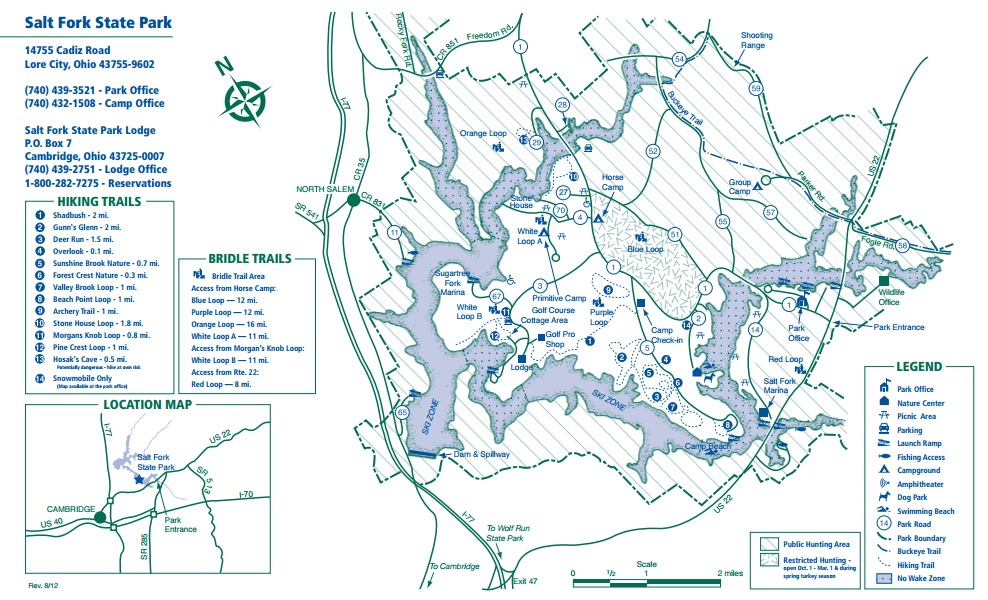