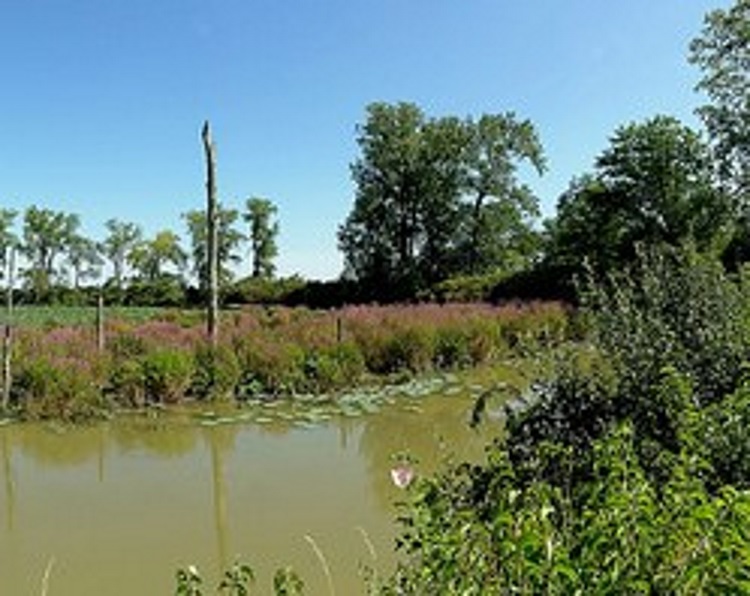 Willow Point Wildlife Area juts into Sandusky Bay and features an extensive marsh protected by a system of dikes. Willow Point originally was conserved as a private duck club and was acquired by the Ohio Division of Wildlife in 1975. Large numbers of waterfowl gather in migration, especially dabbling ducks. This is a good spot to search through American Wigeon in March and April for the much rarer Eurasian Wigeon. A good variety of marsh birds occurs, including herons, rails, Marsh Wren, and sometimes Yellow-headed Blackbird. There are numerous Bald Eagles in the area, and winter counts on adjacent Sandusky Bay sometimes total 40 or more birds.

Willow Point is a 645-acre wildlife area located in Erie and Sandusky counties, seven miles west of the city of Sandusky. The area can be reached from US-6 by traveling north on Sandusky County Road 290 or by going west on Erie County Road 35 (Wahl Road).

The area lies on the southern shore of Sandusky Bay. The general topography is flat, and about two-thirds of the area is open water and marshland. Cattails are the primary vegetation in the marshes. Much of the remaining acreage is open land.

Early records indicate an extensive wet prairie in this vicinity. These accounts relate that prairie grasses grew to seven feet in height, and were so thick and bound together with pea vines as to make travel almost impossible. During this period, the vast prairies were surrounded by oak-chestnut woodlots. The same accounts describe tremendous numbers of waterfowl. Wild rice and other waterfowl foods grew in abundance in the clear waters of Sandusky Bay. After 1850, as the land was settled, cleared, and drained for agriculture, the waterfowl habitat was seriously damaged. The turbid waters of the bay no longer supported the huge beds of wild rice and other aquatic vegetation, and waterfowl numbers decreased.

From approximately 1920 to 1972 a group of hunters from Columbus, Ohio leased the marsh for their private use and called it the Willow Point Duck Club. When high water levels in the early 1970s caused severe problems with maintaining the marsh, the club disbanded.

The Willow Point area was acquired by the Division of Wildlife in 1975. This region continues to support a good waterfowl population and it is presently managed as a public hunting and fishing area, with emphasis on waterfowl and rabbits. 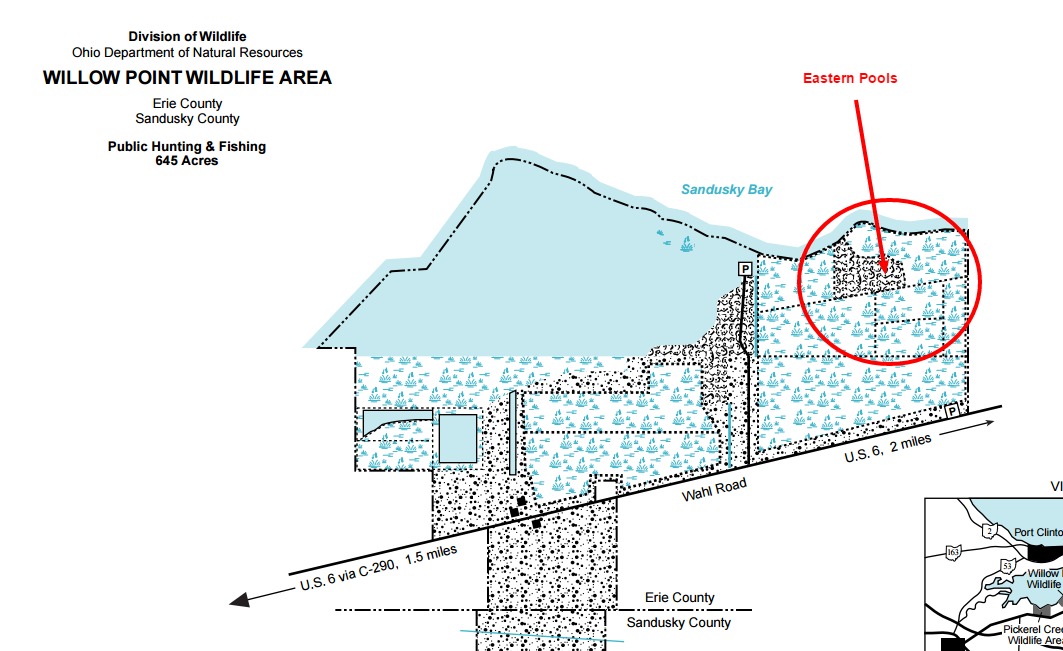 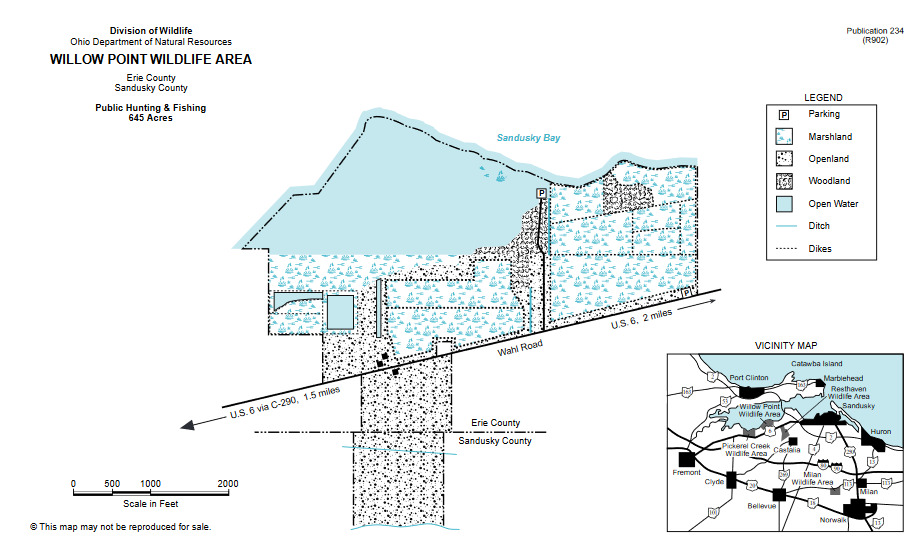