Cowan Lake is in Clinton County, approximately 7 miles southwest of Wilmington, 35 miles southeast of Dayton, and 40 miles northeast of Cincinnati. The lake is accessible from US-68 and OH-350 and OH-730.

Cowan Lake was impounded by constructing a dam on Cowan Creek in 1950. The Ohio Department of Natural Resources, Division of Parks and Recreation constructed this 692-acre lake for recreation. The lake is in the Little Miami River watershed and has a drainage area of 32,640 acres.

The Cowan Lake region was once a stronghold of the Miami and Shawnee Indians. After their defeat at the hands of General Anthony Wayne at the Battle of Fallen Timbers, the Indian threat subsided and settlement began here. In 1797, the first settler in the area, William Smalley, began clearing land for his home along the river which was later dammed to form Cowan Lake. Smalley had been captured by the Indians when he was a small child and was forced to live with them until he was twenty years old. He later fought in General Wayne’s army and was recaptured, but luckily escaped with his life.

Cowan Creek was named for the area’s first surveyor, John Cowan. A dam was completed across Cowan Creek in 1950, and in 1968, Cowan Lake was dedicated as a state park.

It has been said that Ohio’s history can be found written in the rocks. By studying the bedrock layers in Ohio, we know that ancient seas, swamps, river deltas, and beaches covered all or portions of the state at times over the past 500 million years. Sediment deposited by those ancient waters solidified into rock and eventually uplifted forming dry land. Animals and plants were embedded in the sediment, and today, these fossils reveal the different life forms that existed in Ohio’s past.

Cowan Lake lies near the Cincinnati Arch, an uplifting of bedrock that occurred during the Appalachian Mountains’ building process. The erosion of this arch in the Cowan region exposes fossil-rich limestone. The limestone near Cowan and other parts of the exposed arch are some of the most famous fossil hunting fields in the world.

A fine stand of beech-maple forest can be found around the lake at Cowan. These woodlands contain beautiful wildflowers including bloodroot, wild ginger, spring beauties and trillium. The woods, fields, and lake provide habitat for a variety of animals, including ring-neck pheasant, ducks, geese, and herons. Songbirds such as eastern bluebirds, catbirds, house wrens and many others inhabit the fields and bushy areas of the park. Mammals include white-tailed deer, raccoon, opossum, woodchuck, skunk, and others.

American Lotus, a brilliant water lily, is abundant in the lake’s shallow areas. It is unusual to find such a large colony of lotus on an inland lake. The plant’s leaves grow up to two feet in diameter supporting large yellow flowers. 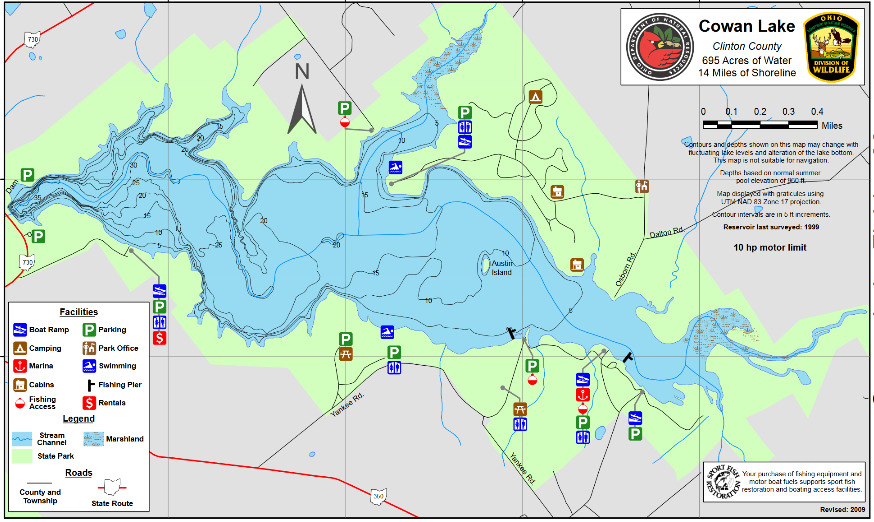 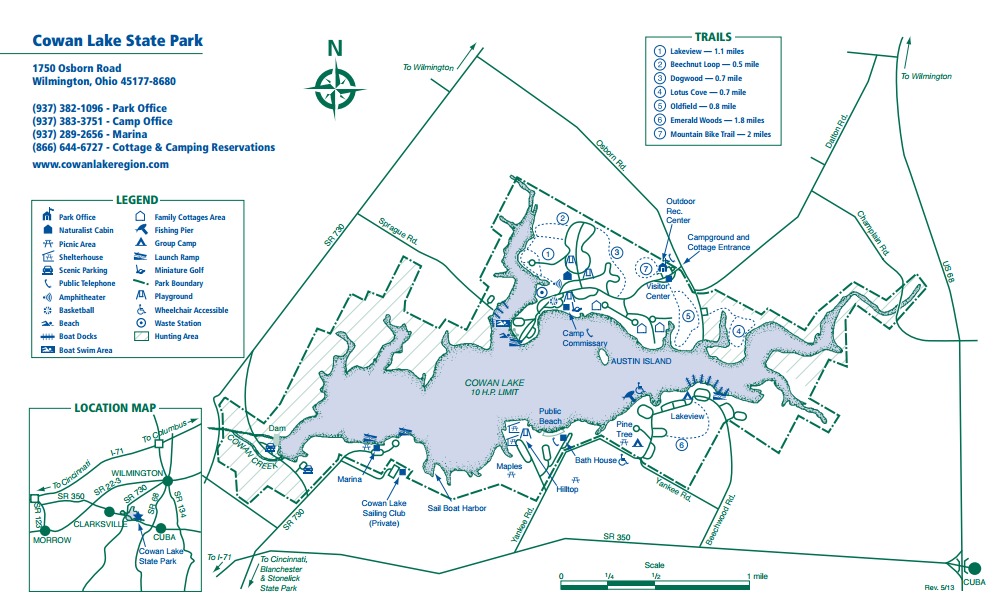