The Wabash Cannonball Trail is a 63-mile multi-use recreational trail in Northwest Ohio. It provides non-motorized access to hikers, bikers, equestrians, and cross-country skiers. The 12-foot wide trail surface varies within the different jurisdictions, from asphalt to hard packed cinder ballast. The trail is a part of the nationwide movement to rejuvenate former railroad corridors into linear parks where people can enjoy the beauty and solitude of the outdoors while also providing a safe alternate mode of transportation between towns and villages along the route. There are more than 15,000 miles of rail-trails throughout the United States. View the Rails-to-Trails Conservancy website for more information about rail-trails. Portions of the Wabash Cannonball Trail are also certified as segments of the North Country National Scenic Trail, a 4,600-mile long hiking trail connecting the Lewis and Clark Trail in western North Dakota with the Appalachian Trail in upstate New York. The Trail is administered by the National Park Service.

When Norfolk Southern Railroad announced the abandonment of service on this rail line in 1990, several local visionaries and enthusiasts gathered to share ideas about creating a public recreational trail and utility corridor. Their dream became a reality on March 24, 1994, when the corridor was purchased from Norfolk Southern. The Wabash Cannonball Trail is one of Ohio’s longest rail-trails, covering a total of 63 miles and traversing four counties: Fulton, Henry, Lucas, and Williams. The Trail is owned by several partners within the four counties. With the Toledo Metropolitan Area Council of Governments (TMACOG) acting as coordinating partner for the project, the land-owning partners are Lucas County, the city of Maumee, Northwestern Ohio Rails-to-Trails Association, Inc. (NORTA), the Metropark District of the Toledo Area, the city of Wauseon, and the village of Whitehouse. The Trail is actually comprised of two rail lines that converge in Maumee at Jerome Road. The “North Fork” of the Trail runs in an east-west direction, 46 miles from Maumee to within 15 miles of the Indiana state line near Montpelier, Ohio. The “South Fork” takes a southwesterly route from Maumee to the edge of Liberty Center, Ohio for a length of 17 miles. The average width of the Trail corridor is 100 feet, with the width of the Trail surface being 10-12 feet. If you traverse the length of the Trail, you will cross over 13 bridges. The longest of these is the Tiffin River Bridge, at 210 feet in length. The Beaver Creek Bridge is the highest, at 38 feet above water level. When Trail development is fully completed, the Trail will be surfaced with finely crushed stone in the rural areas and asphalt through the more populated areas. In the interim, as the Trail is opened section by section, you may find the surface a bit rough in spots. Mountain and hybrid/cross bikes will have no problem traveling on all open sections of the Trail. 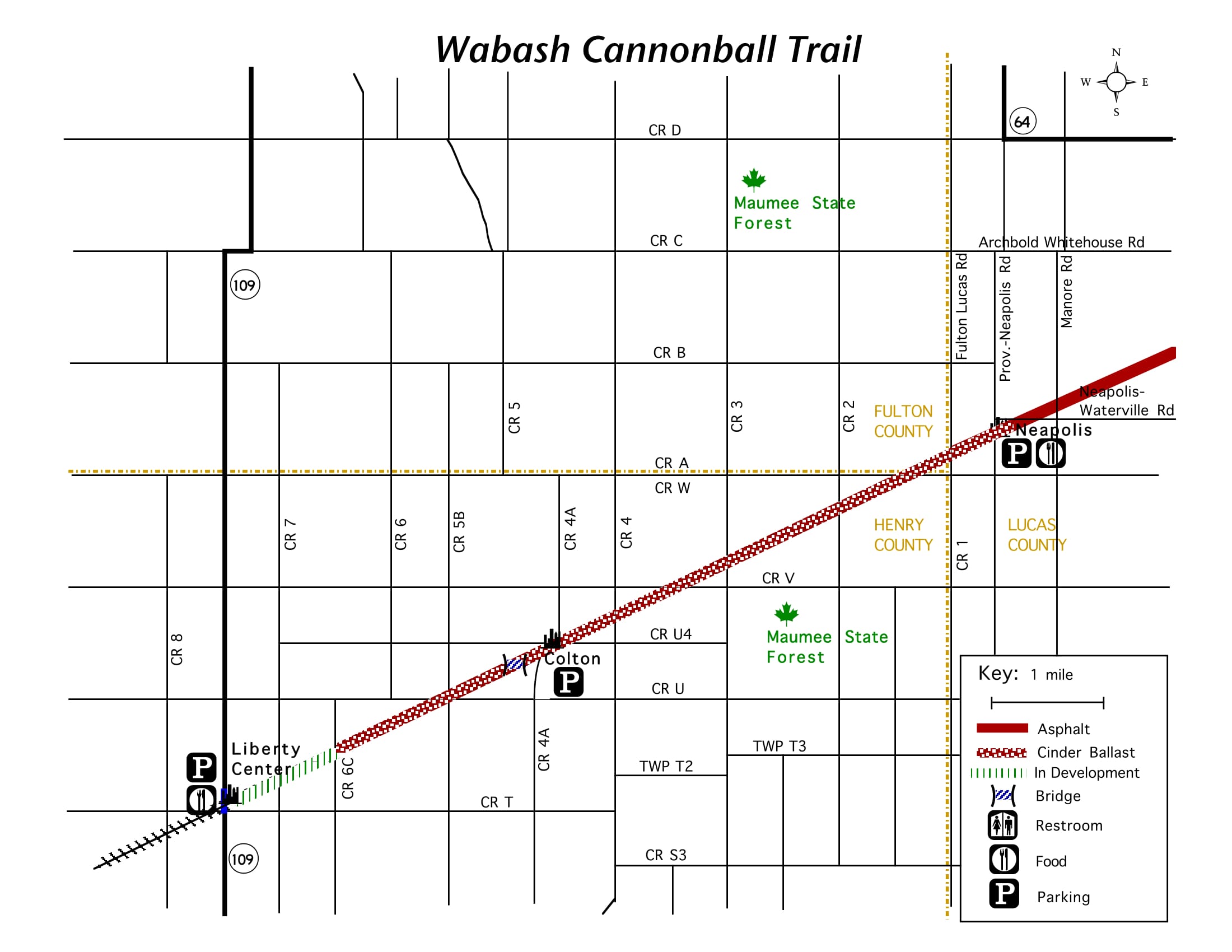 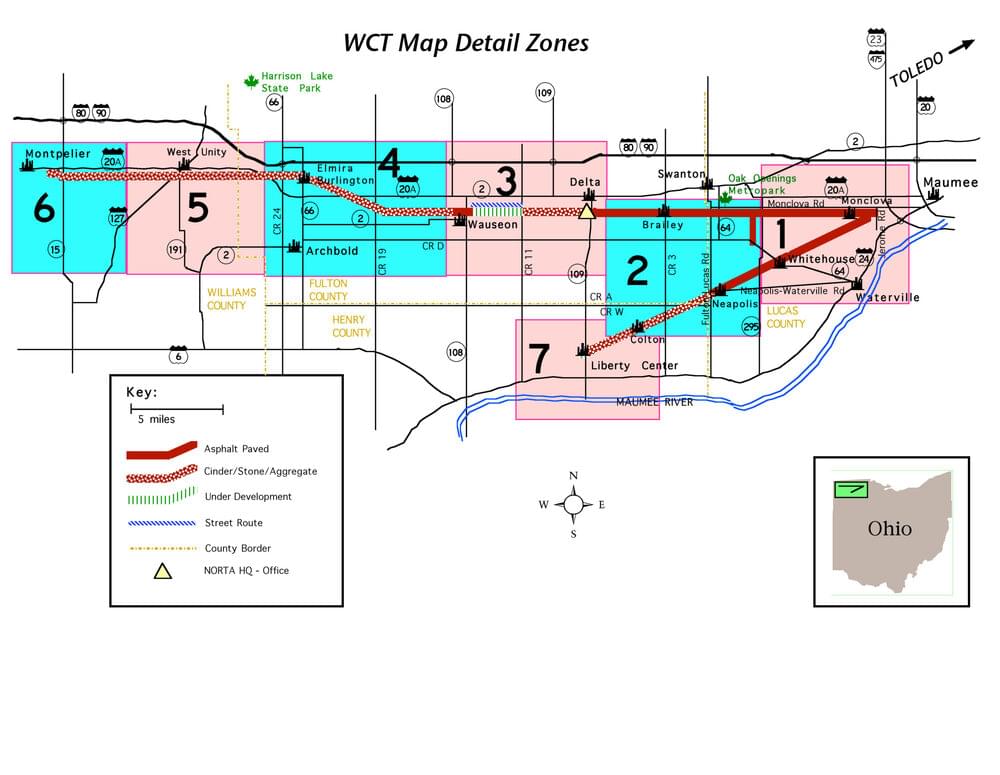