Also, see all the hotspots at:
Geneva State Park

The Crabapple Picnic Area is on Lake Road.

Geneva State Park exhibits graphic evidence of the dynamic effects Lake Erie has on our changing landscape. The lake has been a dominant force shaping Ohio’s natural and cultural development for thousands of years.

The lake’s beginning can be traced to the glacial era of Ohio’s geologic history when the state was covered by ice over a mile thick. During the Pleistocene (Ice Age), continental glaciers advanced and receded from Ohio at least four times.

The scouring action of this ice sheet created the Lake Erie Basin which slowly filled as the ice melted northward to Canada. Initially, the newly formed lake drained to the southwest into the Mississippi River. When the glacier retreated from near present-day Buffalo, New York, a new outlet was exposed via the Niagara River. A flood of water escaped, draining the shallow western basin and much of the central basin. Twelve thousand years ago, this outlet was 100 feet lower than it is today due to the great weight of the mile-thick ice depressing the land surface. The rebounding of this bedrock is reflected in the present lake level.

Because Lake Erie is a relatively shallow lake, it becomes treacherous during severe storms. In just a matter of hours, the lake can change from peaceful and serene to raging and thundering. Over the years, storms have taken their toll on the lake’s shoreline. In the mid-1970s, the park installed a variety of protective devices and planted different types of vegetation in an effort to control erosion. Today, the park’s shoreline is bordered by several breakwalls.

Geneva offers the visitor a natural beach, several areas of freshwater marsh, and beautiful mature woodlots. The middle and western beach areas contain plants that are rare in Ohio but characteristic of the Atlantic coast. Sea rocket, seaside spurge, beach pea, and silverweed can be found on the Geneva beaches. Marshes located at the mouth of Cowles Creek, No Name Creek, and Wheeler Creek contain swamp smartweed, leafy sedge, and submerged aquatic vegetation. 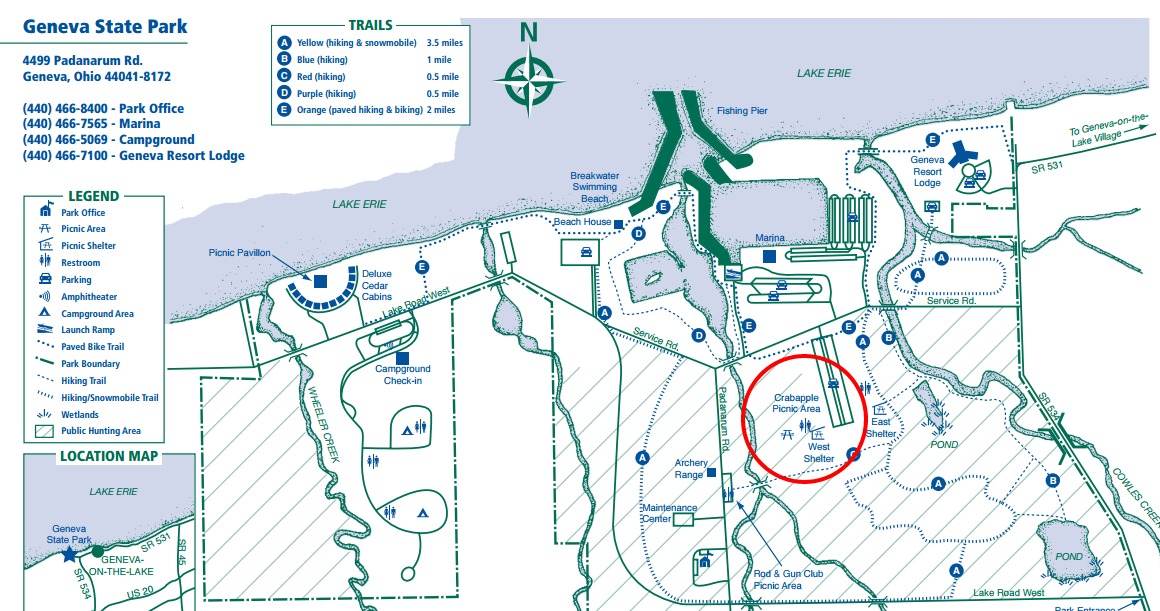 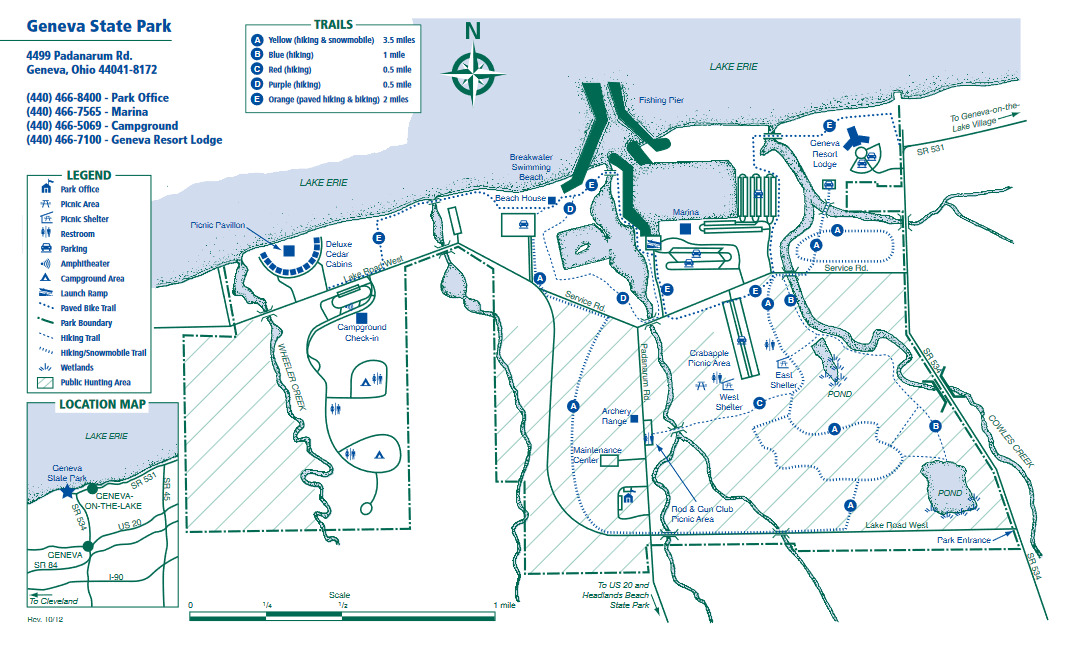