Also, see all the hotspots at:
Champaign County Birding Drive

The area surrounding Kiser Lake State Park is a gift of the ice age. Two natural phenomena caused by the glaciers helped shape the region into its present form. The gently, rolling wooded hills were caused by glacial deposits in the form of end moraines when the ice edge remained stationary for a period of time, creating a linear ridge along the ice front. One such moraine called the Farmersville surrounds the lake on three sides creating a hummocky elevation through the area. Moraine deposits contain boulders, some weighing many tons, carried from as far away as Canada. These boulders, called erratics, are a familiar sight at Kiser. Another geologic feature at Kiser Lake State Park is the kame field at the southeastern end of the lake. Kames are mounds of sand and gravel that are formed by meltwater flowing across glacial ice. The water deposits sediment into holes along the ice margin leaving behind hummocky mounds.

The wetlands at Kiser are in the form of fen and wet meadow habitats. These areas were formed when blocks of ice broke away from the glacier and became covered by sand and gravel. As the climate warmed, the ice melted and left a depression filled with water surrounded by glacial deposits. These areas are filled with many intriguing plants including pitcher plant, sundew, tamarack, and spruce.

Two prairie fen areas are the last vestiges of a 360-acre area known as Mosquito Lake Bog which occupied the upper Mosquito Creek Valley prior to the construction of Kiser Lake.

Kiser Lake State Park Trails
North Bay Trail
The North Bay Trail is a 3-mile out and back hike following the lakeshore for the entire distance. The trail runs northwest from the Marina to a picnic area. There is parking at either end of the trail. 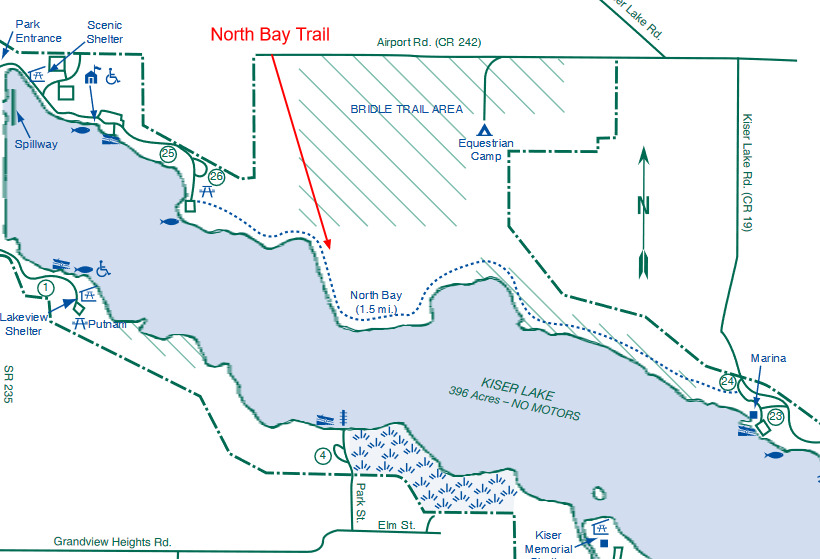 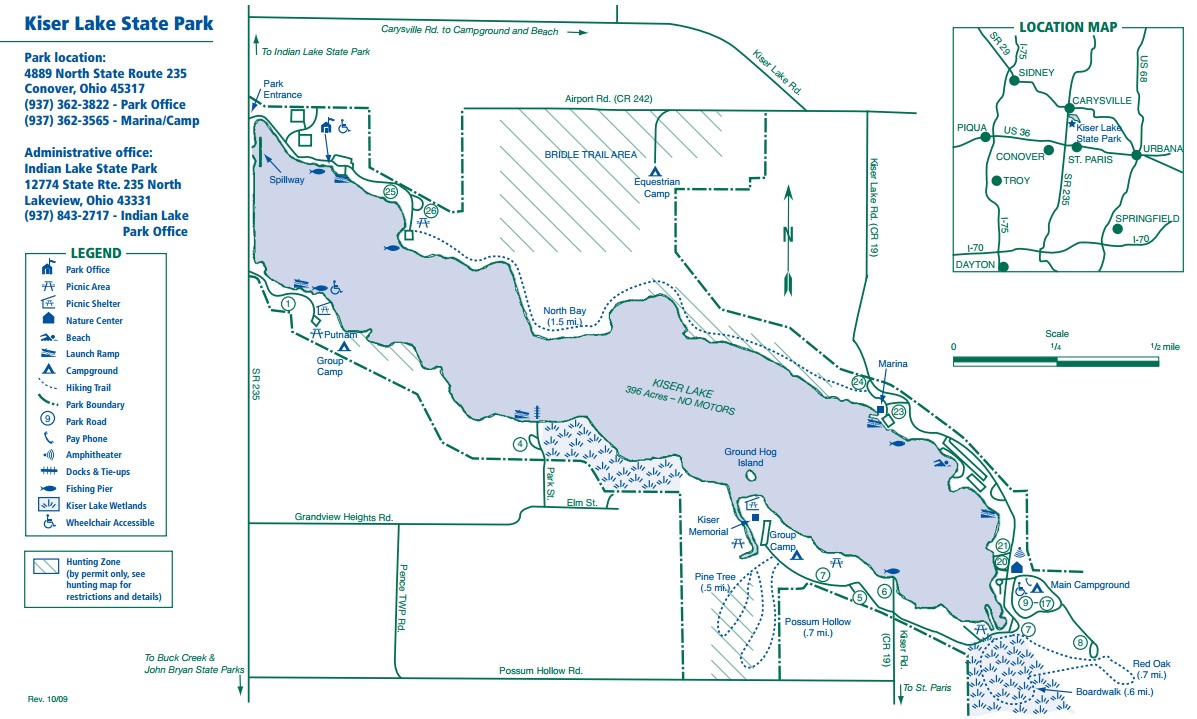