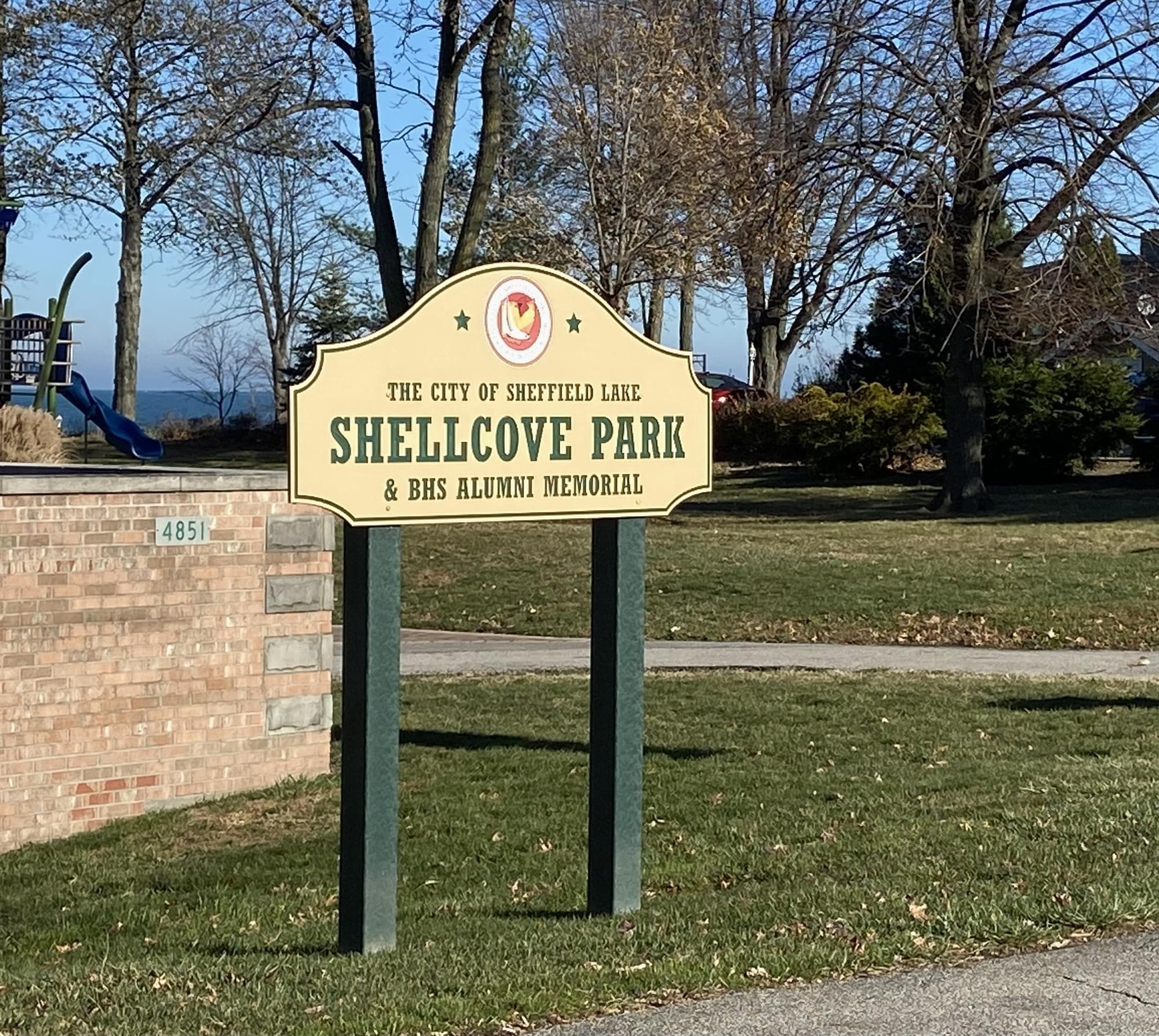 Also, see all the hotspots at:
Lorain Lakeshore Birding Drive

Amenities at the park include a playground, picnic tables, grills and an observation deck.

In 1867, amateur fossil hunter Jay Terrell discovered the massive remains of a long-extinct armor-plated fish, known as Dunkleosteus terrelli (named after Terrell) at the site. First labeled the “terrible fish,” the joint-necked predator lived in the shallow waters of the ancient Devonian Sea, which once covered much of the then-equatorial eastern North American continent 354-364 million years ago. The fossil is from the placoderm class and is the largest of its kind ever found. A kiosk at Shell Cove Park educates visitors on the prehistoric fish and an Ohio historical marker commemorates the find.

Today, the park’s upper mowed grass area is flanked by shade trees. The grounds slope toward the center to a path leading about halfway down the 40-foot tall shale cliff to an observation deck offering scenic Lake Erie views.