Antioch College is a private, coeducational liberal arts college in Yellow Springs, Ohio. Founded in 1850 by the Christian Connection, the college began operating in 1852; politician and education reformer Horace Mann became its first president. It was the founding, constituent college of Antioch University, but Antioch College separated from the university in 2008 and remained closed for three years before reopening in 2011.

Antioch is the only liberal arts institution in the nation to require a cooperative education work program for all its students. Democracy and shared governance are at the heart of the college. Since 1921 Antioch’s educational approach has blended practical work experience with classroom learning and participatory community governance. Students receive narrative evaluations and academic letter grades.

Antioch College is a member of the Great Lakes Colleges Association and the North American Alliance for Green Education. The College has produced two Nobel Prize winners. José Ramos-Horta, the 1996 laureate for Peace, obtained his Master of Arts at Antioch in 1984. Mario Capecchi, the 2007 laureate for Medicine, earned the Bachelor of Science from Antioch in 1961.

Glen Helen Preserve  is owned and managed by Antioch College. 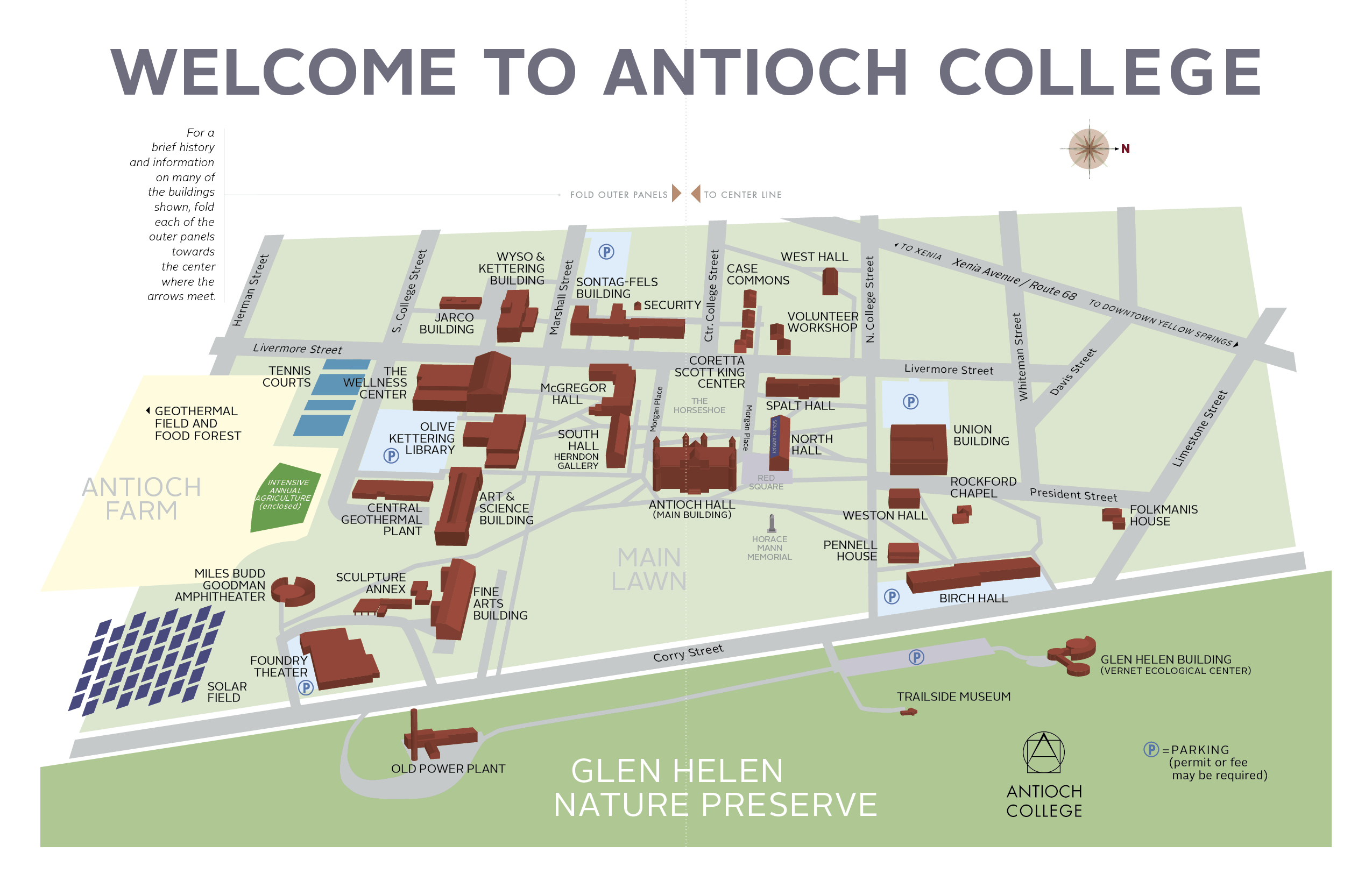