The Grand River Conservation Campus is a land shaped by the generations of people who have lived and worked here.

Over a century ago, what we today call the Grand River Conservation Campus was a large cattle and swine farm owned by the Callander family. An old piece of sandstone with the Callander name still marks the entrance of the Campus and now serves as a reminder of the past. The Callander farm extended hundreds of acres and included what is now Pallister State Nature Preserve to the west. In the early 1900s, Judge Smythe from Illinois bought the property from the Callander family to use as his private hunting retreat. After that, and for many decades, the property was used as a religious retreat. For a time, it was owned by a Jewish community called The Workman’s Circle. Later, while owned by the Cleveland-based City Mission, the Campus became a Christian retreat that included horseback riding, ropes courses, and rock climbing.

Today, as part of The Nature Conservancy’s Morgan Swamp Preserve, the Grand River Conservation Campus remains a place where people can enjoy nature through a number of passive recreation opportunities. Visitors will find a quiet campus of facilities and grounds used for environmental education and restoration, with a beautiful backdrop of unique habitats, rare plants, and abundant wildlife. In fact, not far from the gymnasium is the hemlock yellow birch forest community, one of the rarest swamp forest communities in Ohio.

The Campus offers a number of amenities that are open to the public, including nature trails, an Accessible fishing pier at Bliss Pond, a canoe/kayak launch on the State Designated Wild and Scenic Grand River, and a children’s playground. There are also opportunities for picnicking in a pavilion as well as the rental of a gymnasium for athletic activities and events.

At more than 1,600 acres, The Nature Conservancy’s Morgan Swamp Preserve is one of the largest privately protected forested wetlands in Ohio. The swamp is home to an abundance of wetlands including swamps, bogs, beaver ponds, and vernal pools. A rich diversity of plants and animals call it home, from the beautiful white calla lily to the tiny four-toed salamander hidden among the vernal pools.

Morgan Swamp Preserve is part of a greater wetland system called the Grand River Lowlands, which got its start some 12,000 years ago when portions of northeastern Ohio’s Ashtabula and Trumball counties were occupied by a large glacial lake. This glacial lake deposited a thick layer of silt and clay ranging in depth from 5 to 50 feet. Watertight, these clay soils resulted in the formation of the swamp forest, marsh, sphagnum bogs, and sedge meadows that exist in the area today.

These wetlands are critical to the health of the state-designated “Wild and Scenic” Grand River, an important tributary to Lake Erie, which is a source of drinking water for millions of people 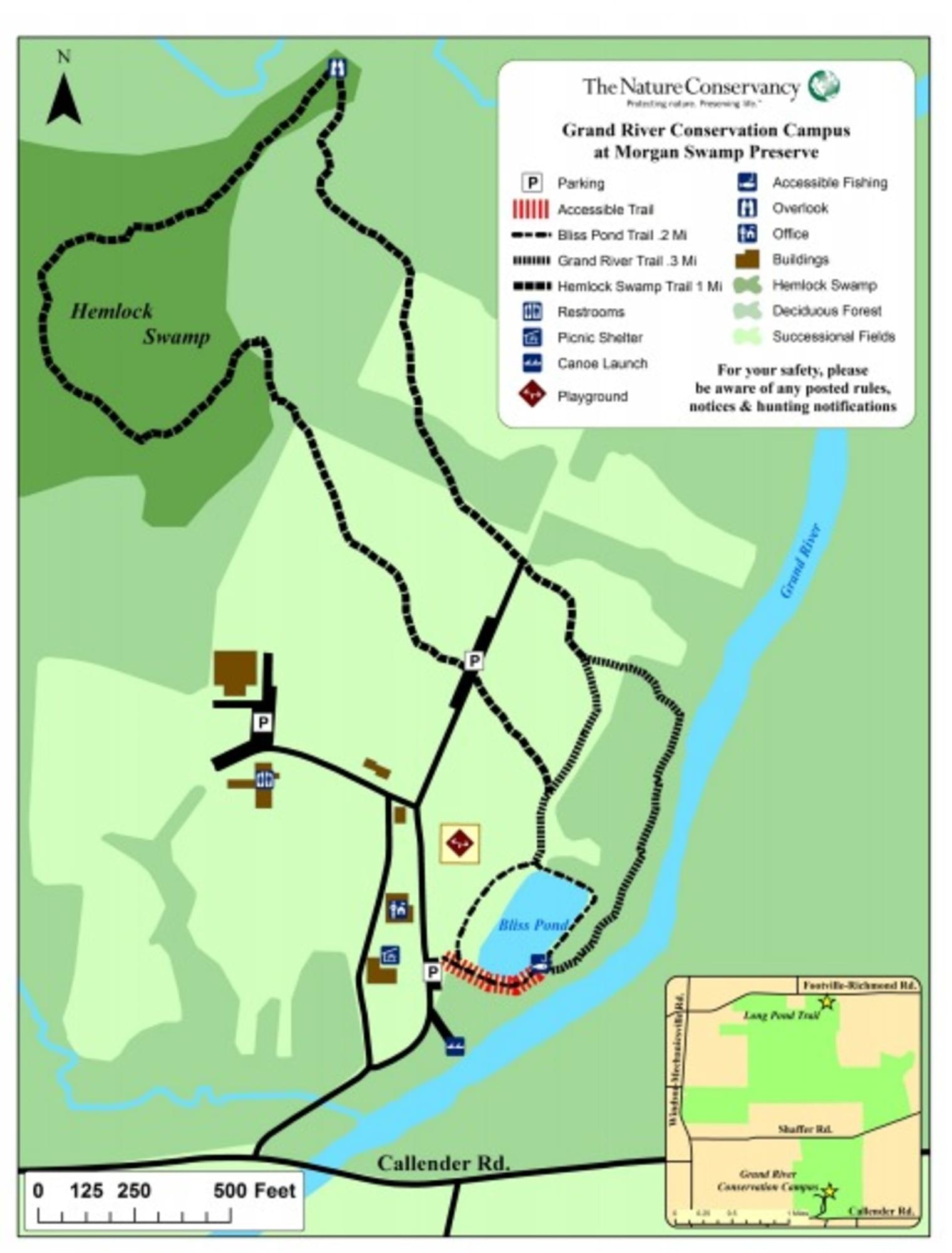