Also, see all the hotspots at:
Western Reserve Greenway Trail

The Western Reserve Greenway is the former PennCentral right-of-way which was closed in April 1976. The line at one time was also known as the USRA 714 rail line. The right-of-way, which served industry then, is now set to help serve the recreational needs of Ashtabula County.

The Western Reserve Greenway travels 43 miles through a scenic, mostly rural area, cutting a north-south course from Ashtabula to Warren in northeastern Ohio. The route follows much of the Pennsylvania Railroad’s former branch line, extending to the shores of Lake Erie at Ashtabula. This rail line once transported iron ore to the steel mills of eastern Ohio and western Pennsylvania. Today, the trail is the longest section of the planned 110-mile Great Ohio Lake-to-River Greenway that will begin on the shores of Lake Erie and travel south to the banks of the Ohio River in East Liverpool. 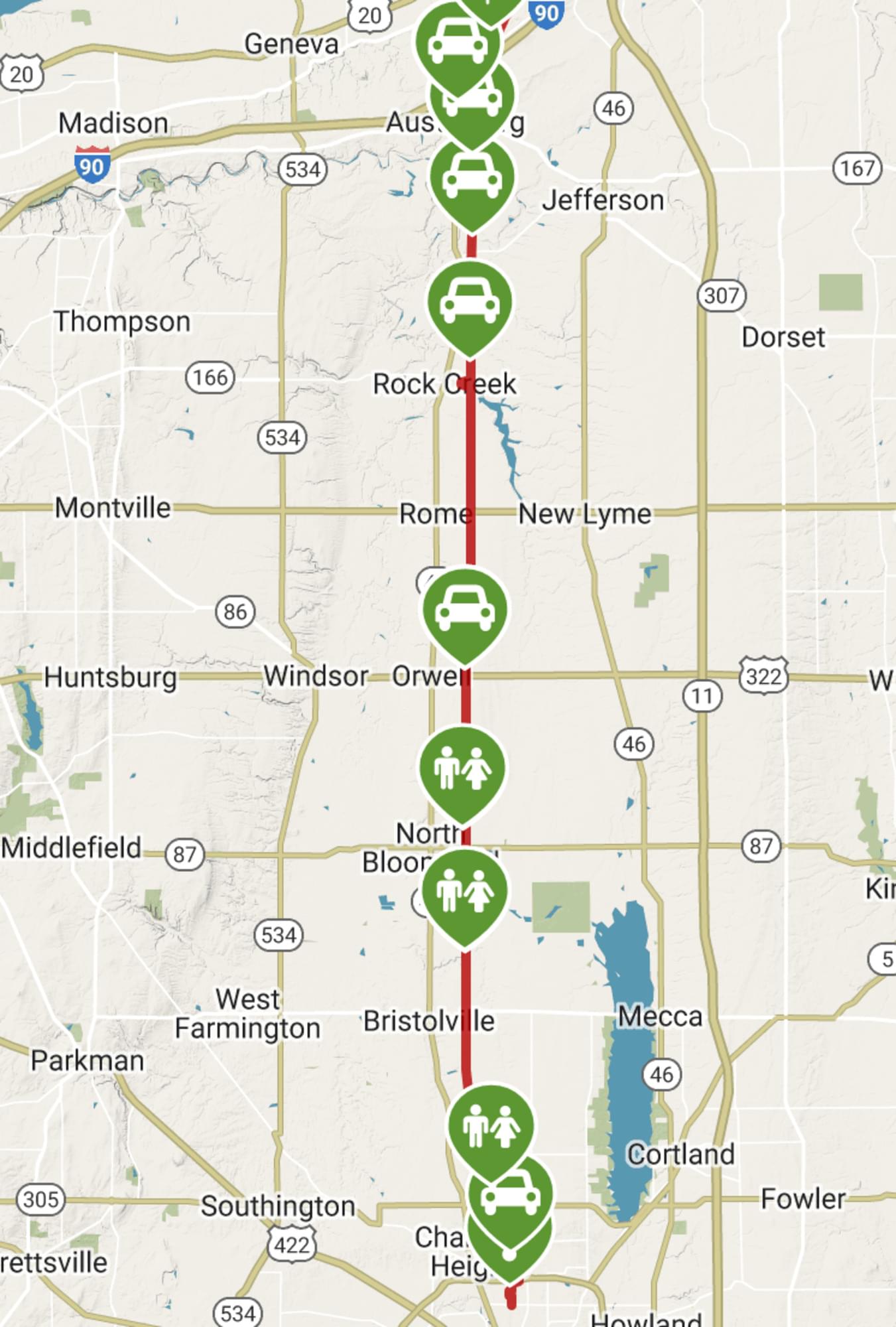