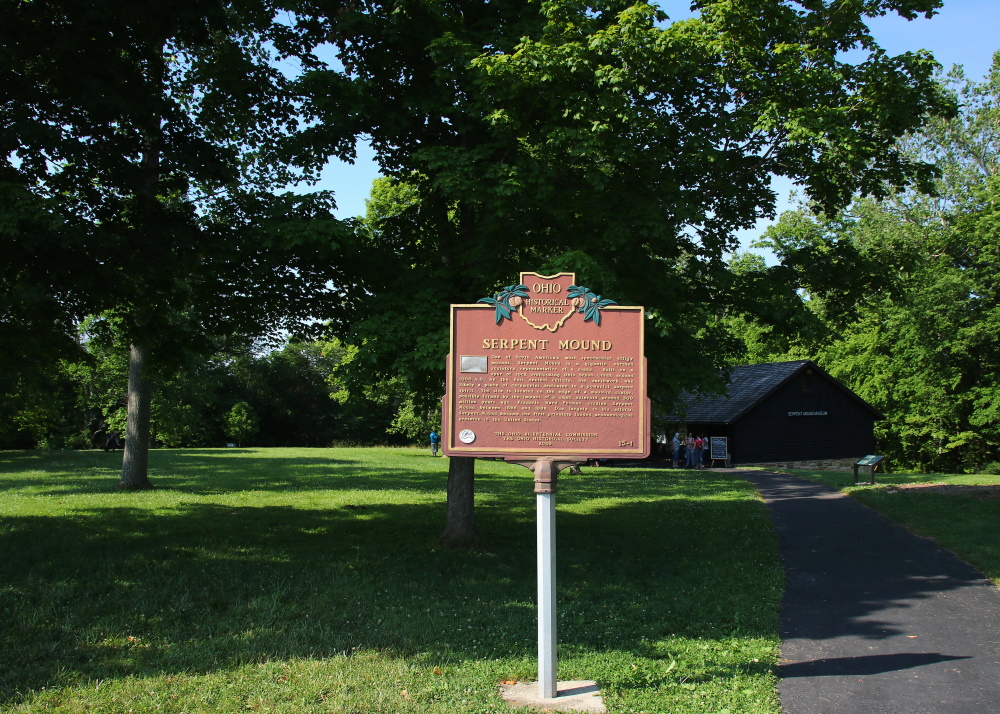 Serpent Mound is a physical embodiment of Ohio’s very long history. Thousands of years ago Native Ohioans populated the landscape with mounds and massive earthworks. In the late nineteenth century, Harvard University archaeologist Frederic Ward Putnam excavated Serpent Mound and, based on his work, later archaeologists attributed the effigy to the Adena culture that flourished from 800 B.C. to A.D. 100. This theory on the site’s origin held true until a 1991 site excavation was able to radiocarbon date pieces of charcoal found within Serpent Mound. Through radiocarbon dating, archaeologists now believe that Serpent Mound is approximately 900 years old. By this date, the creators of Serpent Mound belonged to the Fort Ancient culture (A.D. 1000-1500). The significance of Serpent Mound and other ancient Ohio earthworks has garnered international attention. In 2008, Serpent Mound and eight other Ohio earthworks were selected by the United States Department of the Interior for inclusion on the United States’ Tentative List of sites to be submitted to the United Nations Educational, Scientific, and Cultural Organization (UNESCO) for inscription on the prestigious World Heritage List. If it is eventually inscribed on the World Heritage List later this decade, Serpent Mound will join the ranks of the Pyramids of Egypt, the Great Wall of China, Pompeii, Stonehenge, and the Taj Mahal, all of which are World Heritage sites. World Heritage status has the potential to elevate local and international awareness about the site’s value, further encourage communities to protect and invest in their preservation, and increase potentially beneficial tourism to the site.
From Serpent Mound website