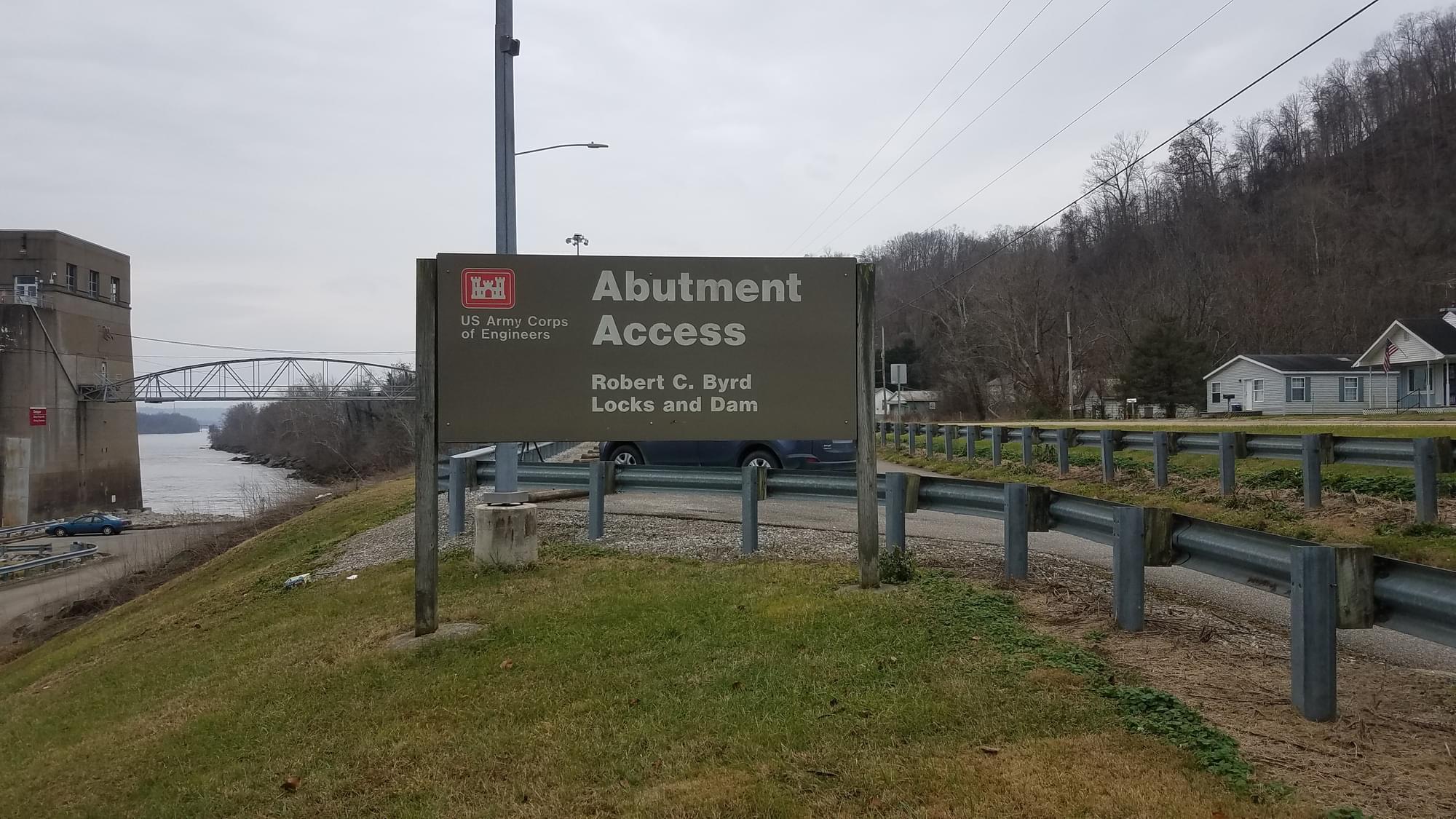 At this location, the Ohio-West Virginia state line is near the Ohio side of the river. Birds seen on the other side of the Ohio River are in West Virginia. When reporting birds from the Ohio hotspot use multiple incomplete checklists as described below.

Ohio eBird reviewers ask that birders keep precise state and county lists. When you are at a location where you see birds across a state or county line, we ask that you keep two incomplete birding lists, one for each side of the border.

When keeping separate checklists for different sides of a border, please follow these rules:

Now named the Robert C. Byrd Locks and Dam, the Gallipolis Locks and Dam was built on the Ohio River near Gallipolis Ferry, West Virginia, as part of a series of locks and dams to allow navigation year-round. It began operation on August 25, 1937, and the final construction was completed in October 1937.

Fifty years later, construction began on a project to build bigger lock chambers, capable of locking through modern-sized tows and barges. Work began in November 1987 and was completed in January 1993. The project consists of the main lock chamber 110 feet wide by 1,200 feet long with an auxiliary lock chamber 110 feet wide by 600 feet long. In January 1993, the lock and dam were renamed after West Virginia Senator Robert C. Byrd.

Construction to rehabilitate the 1,116-foot-long dam began in August 1992 and was completed in 2002. Eight new roller gates were built, and control units, a motor control center, and electric feeders were replaced.

In June 2007 the fishing access pier was opened to the public. The pier meets federally required accessibility standards. The fishing pier is closed during the winter months to prevent vehicles from entering high water at pier level. It is scheduled to reopen to the public each May, providing the water level is below pier level.

The future will bring changes to the Ohio abutment side in the form of a new hydroelectric facility and a recreation area.

A public recreation area is located on the West Virginia side of the river. It includes a park with a picnic area, playground, and parking. The park is open year-round. Each year the fishing recreation area opens, depending on weather conditions or on Memorial Day (whichever comes first). The closing time at end of the year is dictated by the weather. The park is closed at dusk and opens at 6:00 a.m. each day.