Use the general hotspot for Leesville Lake Wildlife Area to submit checklists of birds seen in the Delta Road area.

Leesville Wildlife Area is located in Carroll County. Three separate parcels, totaling 394 acres, make up this wildlife area. Access to the public land is from OH-164, Delta Road, and Edgewood Road. Purchase of the land for this wildlife area began in 1944 and additional land was obtained as funds became available. Management work has included the planting of thousands of conifers, protection, and improvement of the woodlands, selection of areas that will be allowed to return to woodland through natural succession, clear-cuts on small blocks of older timber, and management of existing open fields, all to maintain habitat diversity. Hunting is the major recreational use of the area; sightseeing, hiking, fishing, nature study, and bird watching are the other popular recreational uses.

There are a few little trails that shoot off to the left and right occasionally, but none are loops or go to any specific feature. In the summer, be aware of ticks if you walk in grassy or shrubby habitat. Depending on the time of year, it is an area that is hunted, so heed the signs that indicate hunting seasons. 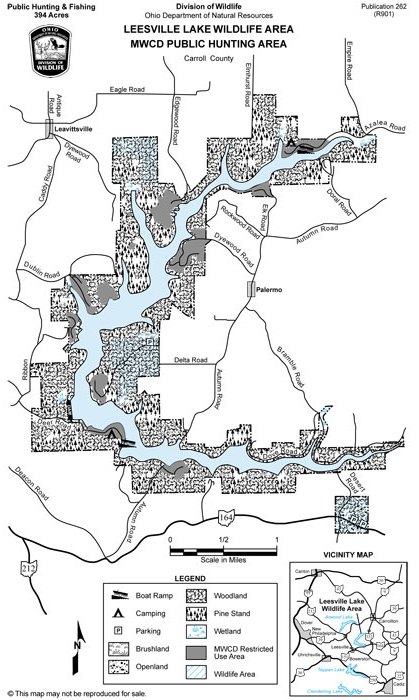