Also, see all the hotspots at:
Pymatuning SP (Ohio)

Northeastern Ohio’s “snow belt” region is the setting for spacious Pymatuning State Park. Located on the western shore of Pymatuning Reservoir, the park provides a wide variety of facilities for those who enjoy outdoor recreation.

The countryside around Pymatuning State Park was shaped by the action of the glaciers that covered the area more than 14,000 years ago. As the last ice melted away, a rolling terrain dotted with dozens of kettle lakes was revealed. Gradually, a great swamp forest developed, punctuated by bogs and wetlands and supporting stands of towering white pines. The rich wetland habitat was home to a great number of wild animals including bears and wolves. It was this abundance of resources that attracted Indians to the area; the word Pymatuning is taken from an Indian term translated as “the crooked-mouthed one’s dwelling place.”

The remaining ponds and marshes are a good food source for many types of animals, including the magnificent bald eagle. Several pairs of eagles nest on the Pennsylvania side of the reservoir and a patient observer may spot one of these rare birds of prey in flight. In addition to eagles, the reservoir serves as a resting spot for numerous migrating waterfowl.

Restrooms at Lodge and many picnic areas. Restrooms and wheelchair access facilities at locations identified on Pymatuning Lake map. 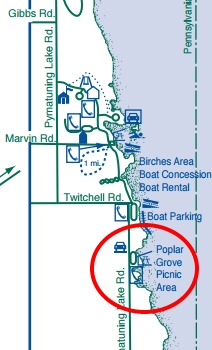 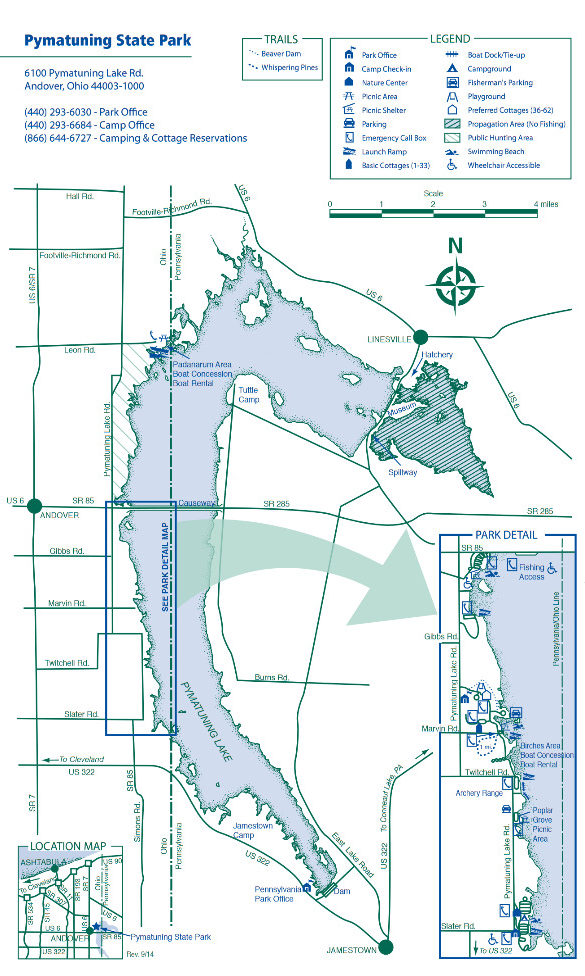 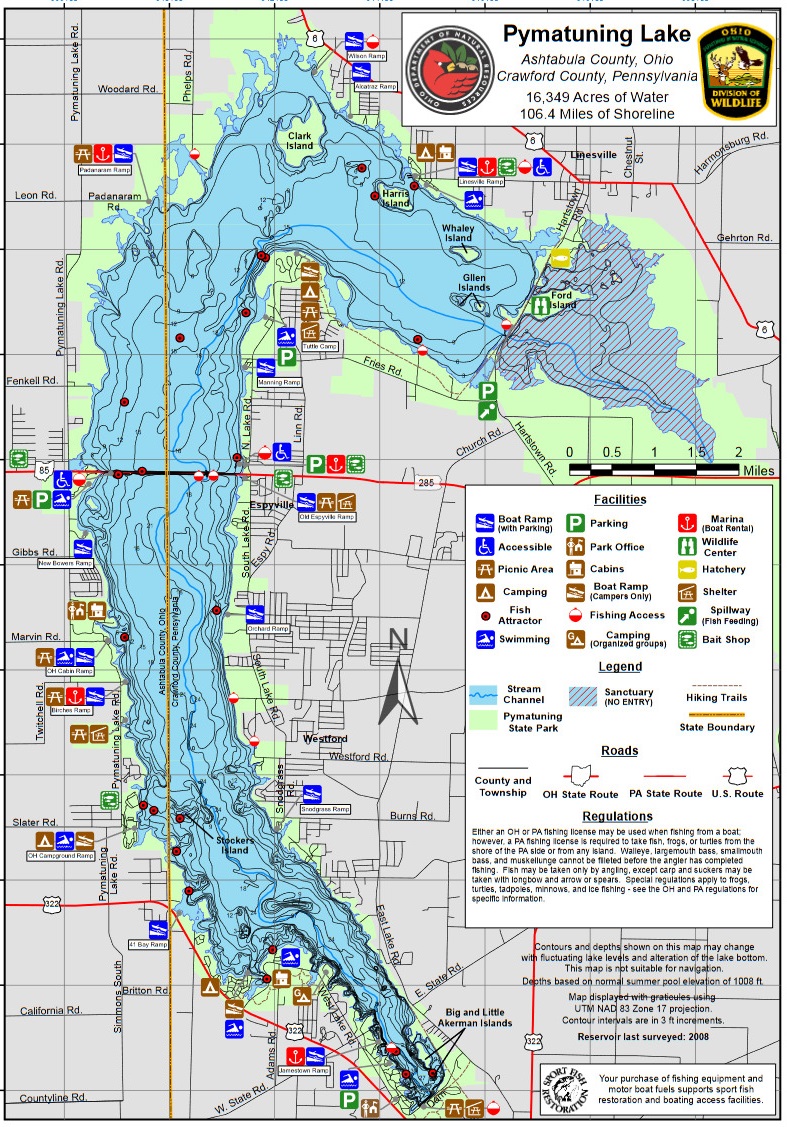