Use this hotspot to report birds seen in the Ashland County area of Pleasant Hill Lake at multiple locations or locations where there is no hotspot.

The Muskingum Watershed Conservancy District (MWCD) owns Pleasant Hill Lake. The lake was constructed in 1938 by damming the Clear Fork Branch of the Mohican River. The lake was originally constructed primarily for flood control in the Muskingum River watershed. Today, recreation is one of the biggest public benefits. The ODNR Division of Wildlife manages the lake under an agreement to provide public fishing and hunting.

The portion of the lake that runs from west to east is shallower and warmer. The bottom of that part of the lake is composed of mud (clay and silt), except along the shorelines where wave action has exposed sand and small gravel. The lower portion of the lake, running north to the south, is deeper, slightly cooler, and has larger boulders along the shoreline. Vegetation is confined to the shoreline of the western end of the impoundment and is controlled by water clarity. The transparency of the water varies from about 6 inches in the springtime to 4 feet later in the season, when the sediment has settled. 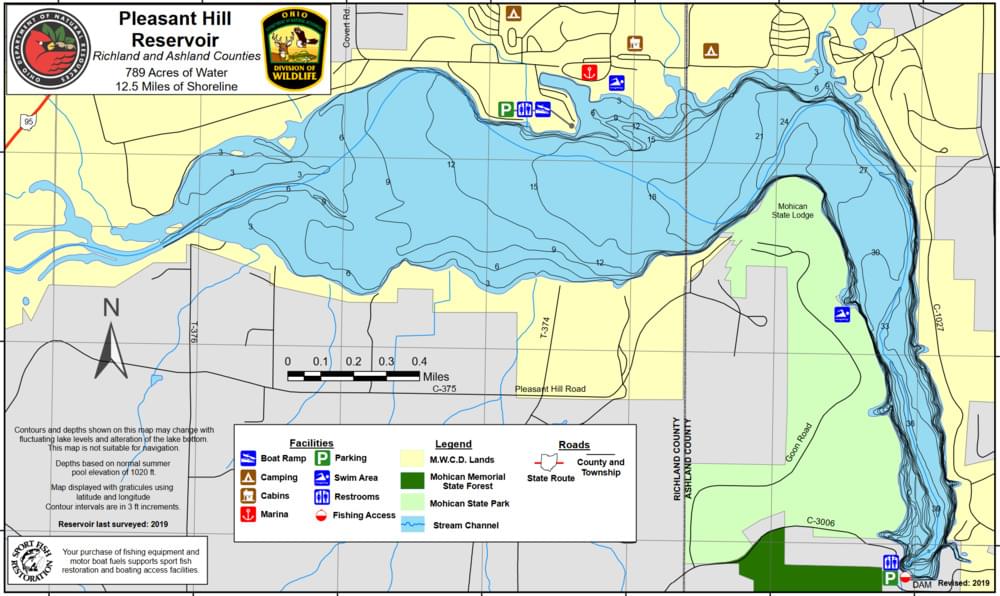