Cullen Park is a stop on the Lake Erie Birding Trail.

From Birding at Cullen Park

The 36-acre Cullen Park is Ohio’s westernmost Lake Erie public access site and the city of Toledo’s only site with direct access to Maumee Bay. It is also the only access location between the Ohio-Michigan state line and the Maumee River mouth. As noted on the entrance sign, Cullen Park is a public boat launch facility. The park also provides fishing access, trailer parking, benches affording scenic views, and the occasional lake freighter sighting.

Cullen Park’s Point Place Path is a paved walking trail extending south between Summit Street and the bay and leading to a replica lighthouse and scenic area. The two-mile (round trip) Squadron Island Nature Trail is a dirt hiking path that traverses a seemingly natural, well-foliaged, but artificial pier. Seamlessly connected at the end of the pier is Squadron Island, a natural island. Countless potential fishing sites can be accessed via the Squadron Island Nature Trail, as can many pocket beaches and bird viewing spots are located along its length.

The present location of Cullen Park is near the former site of Lake Erie Amusement Park and Casino, first built in 1895. The long-defunct amusement venue once featured rides, games, a boardwalk, and vaudeville shows. Like many turn-of-the-century amusement parks, fire spelled its downfall; the original pier burned in 1901 as did its replacement in 1910.
From Lake Erie Public Access Guide 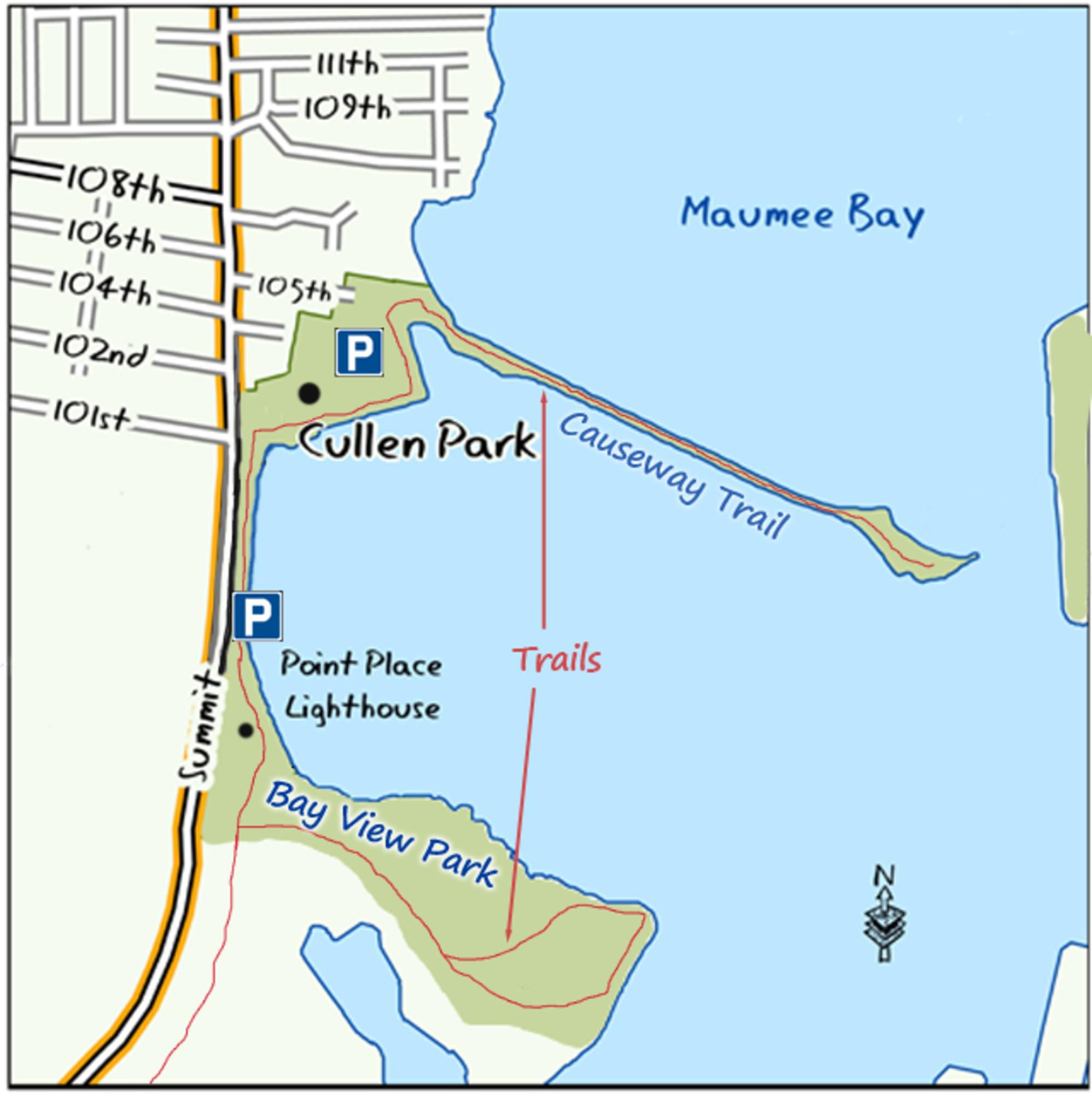