Eldon Russell Park is a 132-acre parcel located in Troy Township along the Upper Cuyahoga River, a state-designated Scenic River.

In 1901, Burton resident Pace Latham sought to establish large-scale onion farming here. To do so, he attempted to deepen and straighten the Cuyahoga River, draining the rich soil of the surrounding wetlands. Well into the dredging project, it was realized that a natural rock dam downstream at Hiram Rapids would still impede the flow of water. Hired ruffians twice attempted to dynamite the dam, but they were greeted by local townspeople with shotgun blasts of rock salt. The onion farming scheme, known today as the Onion Wars, was abandoned. Eldon Russell Park marks the location where the dredging stopped. Today, spoil banks along the river remain as a reminder of this boondoggle.

In 1969, Mrs. Marie Horwath sold 51 acres of riverfront property to Geauga Park District. This provided Geauga County’s first public access to the Upper Cuyahoga River. First known as River Park, the name was later changed to Eldon Russell Park in honor of the park commissioner who was instrumental in Geauga Park District’s early expansion. Later, in 1976, 81 additional acres were leased from the City of Akron.

The Eldon Russell Nature Trail reaches many of the park’s natural habitats along its .75-mile course. During times of high water, the section along the river may be inaccessible. The statewide Buckeye Trail makes a pass along the roadway bordering Eldon Russell Park. 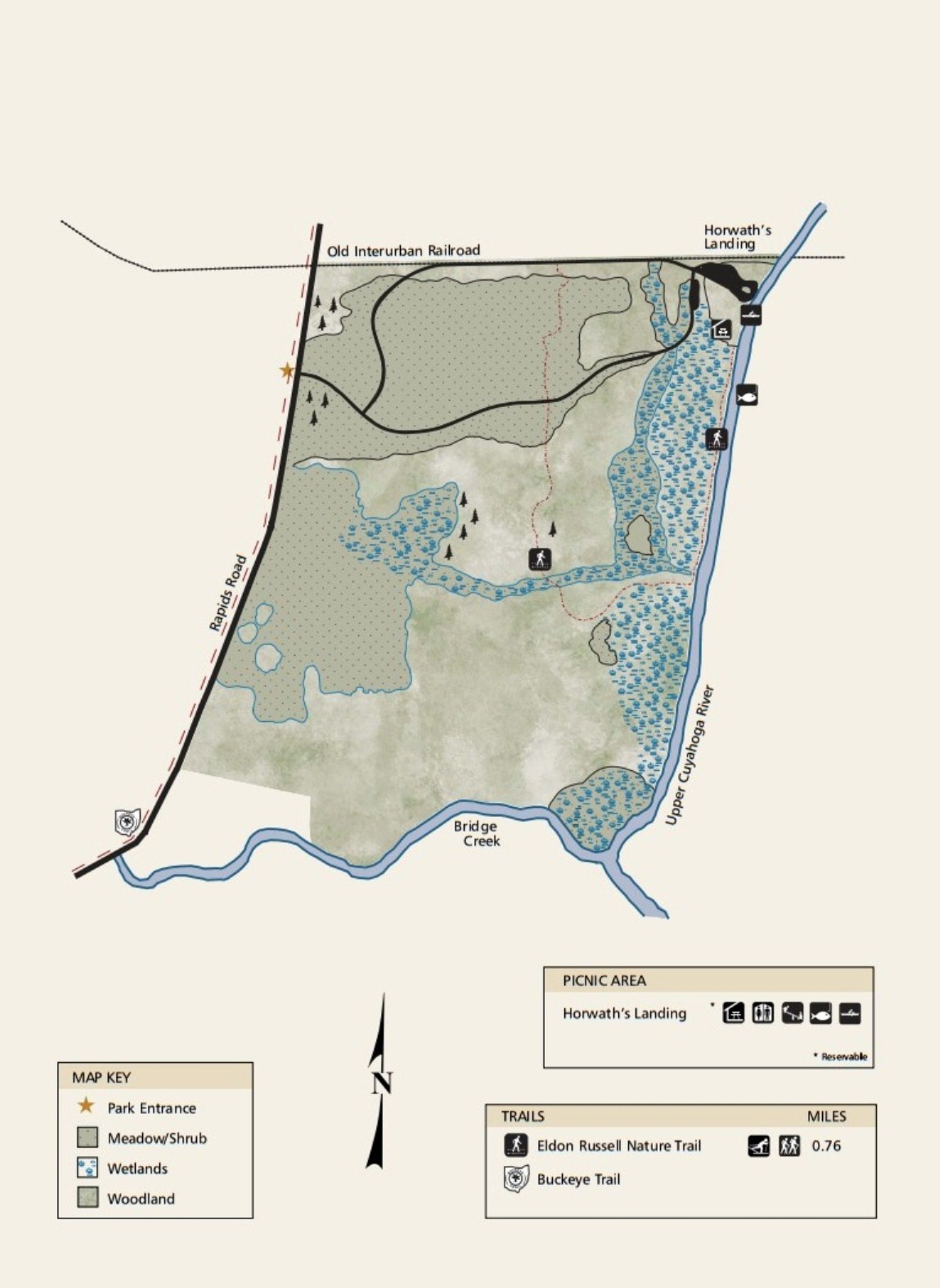