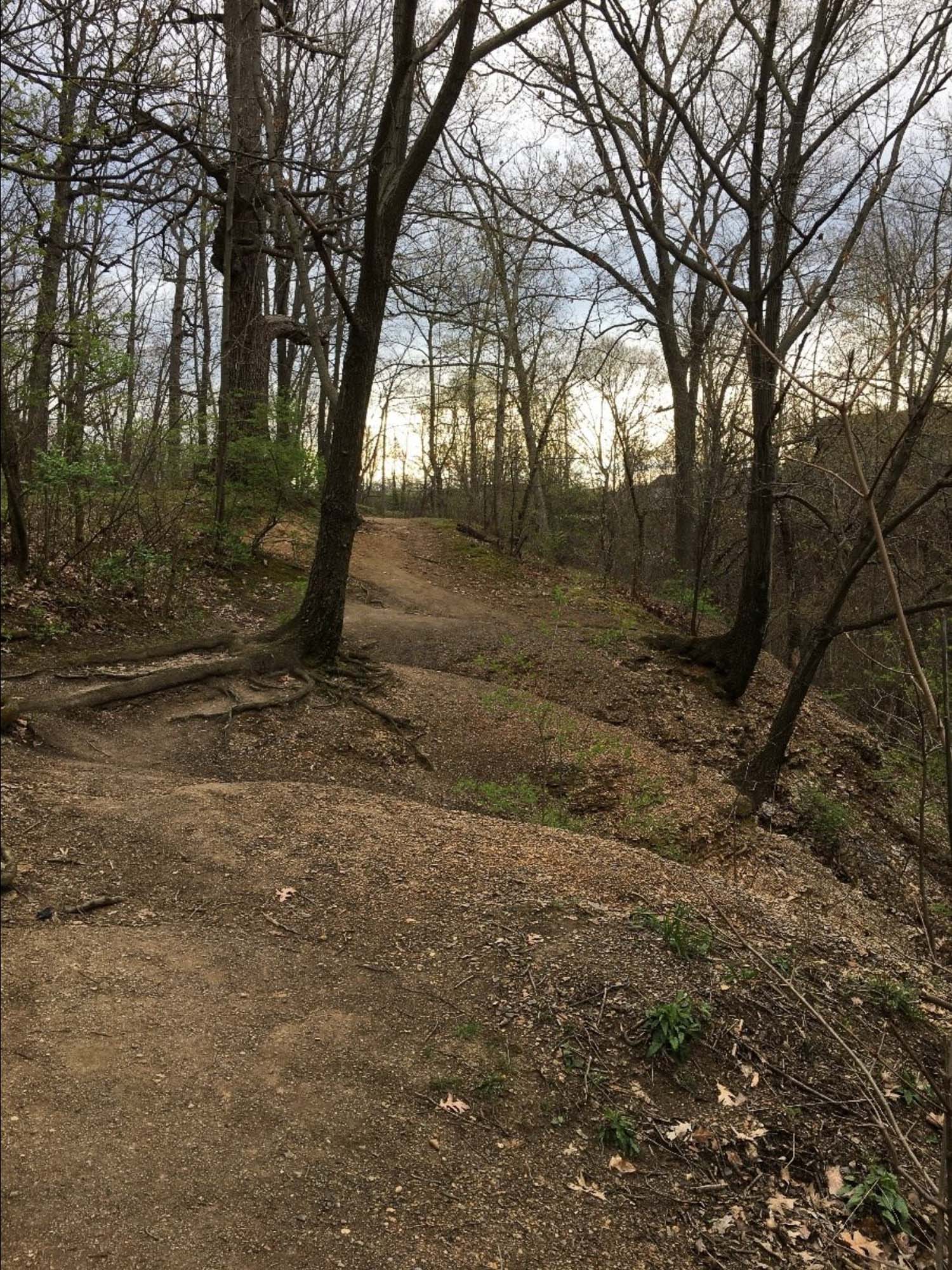 A – “By the train tracks”
This area has a lot of good shrubby habitat. It is a little bit more open than other areas of the park and that often attracts birds to forage there. This spring I saw Golden-winged Warbler, Chestnut-sided Warbler, and four species of Vireo there, along with many other species.This area is almost always wet and muddy, so I suggest wearing hiking boots, or even muck boots!

B – “Up the old street”
This section of the park is often overlooked, but can yield some really good birding. The slopes here are steep up to the houses, so this is often where you’ll find Hooded Warbler, Ovenbird, and all of your Thrushes.

D – “ By the school”
On the far west side of the park is the Calumet Christian School, which marks the end of the park. The path back there is narrow and can be steep and muddy at points, but there’s usually a good amount of birds back there as well.

Like many other ravines in the Clintonville area, Glen Echo is a small patch of habitat located in an otherwise urban/suburban environment. As a result, it provides critical stopover habitat during spring and fall migration, and this park is well worth checking during these times. Because the park has a fair number of mature trees, especially oaks, it also provides habitat for breeding birds that are uncommon within the city limits and serves as a foraging area for winter residents.

In general, most birders at Glen Echo begin at the east end of the ravine, on the service road at Fourth Street. As the service road descends into the ravine, the slope to your left is worth checking for thrushes and other ground-foraging birds. At the bottom of the slope, several large oak trees often host foraging flocks. Continuing west, a path branches off to the right of the service road and heads up the north slope of the ravine, with wooden steps to aid the ascent. At the top of the slope, several narrow trails lead around a small woodland. This is often one of the most productive areas in the park for passerines, and Cooper’s Hawks have also nested in this area in the past. Once done birding this area, descend back to the service road and continue west. Just before Indianola Avenue, a stand of willows beside the creek can often be productive, and during the summer, many birds bathe in the creek at this location.

The service road continues under Indianola Avenue and then ends. As you pass under Indianola, note the Ohio birds mural that was painted here in 2012. After you pass under Indianola, a path on your right ascends partway up the ravine and continues for another 300 yards until it dead-ends at a school. This area of the ravine, referred to as the “Walker tract,” often yields the most productive birding in Glen Echo Park, as it receives less human and pet traffic than the eastern end of the park. Once you have birded this area, retrace your steps back to where you began.

The Glen Echo bird club often leads walks through the ravine on weekends. Interested birders should visit the club’s Facebook page for the most current information, including announcements for bird walks.

Glen Echo Park is one of several ravine parks in Clintonville and University Area. It runs from the north end of Fourth Street, southwest to Indianola Avenue. Steep wooded banks drop to a meandering creek. The banks of the creek have been recently naturalized with sloping edges and plantings of native plant material. A walkway runs through the park along the creek.

Pedestrians may access the park on stairs from Cliffside Drive, or on the service road at Fourth Street. You may also walk into the park from the south end from the dead-end of Glen Echo Avenue under the Indianola Ave bridge. It is a great park for bird watching, leisurely, quiet strolls and picnicking, far away from from the street noise above.