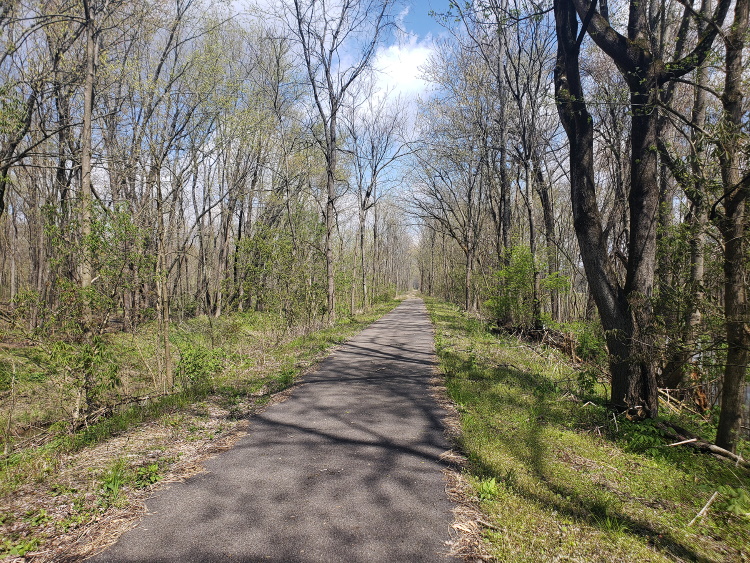 Also, see all the hotspots at:
Muskingum Recreational Trail

Heading south from the remote parking lot of Rock Cut Road, the trail, as yet-unpaved for most of its length, follows farm fields and second-growth forests. The river and railroad tracks are further from the trail, so it has a more open feel, with fields prone to flooding, hosting ducks and swallows, and a sizable lake. The Muskingum Valley Park District, which maintains the trails, is building a viewing platform near wetlands near the south end of the trail. Most of the trail is unpaved, but still, an easy walk or bike ride, although prone to puddles during the wetter seasons. It can also be accessed by heading north from Ellis Dam on the Muskingum River.

A roughly six-mile trail stretching between Dresden and Ellis Dam in Muskingum County. It can be accessed from the north in Dresden, off Main Street, and at the midpoint off Rock Cut Road. From the south, it can be accessed off Ellis Dam Road. The northern end of the trail is a mature forest, bordered on one side by the Muskingum River and the other by railroad tracks. The south end, starting from Rock Cut Road south to Ellis Dam, is only partially paved but still an easy walk or bike ride. This end features wider views of farmlands, wetlands, and a lake. The Muskingum Valley Park District, which operates the trail, is building a wildlife observation deck on the south end, overlooking wetlands. The extreme south end of the trail, near Ellis Dam, features a bridge over the Muskingum, affording fine views. As the trail comes to the bridge, the river bank descends toward the river but the trail stays level, affording near-treetop level views of mature riverside trees. 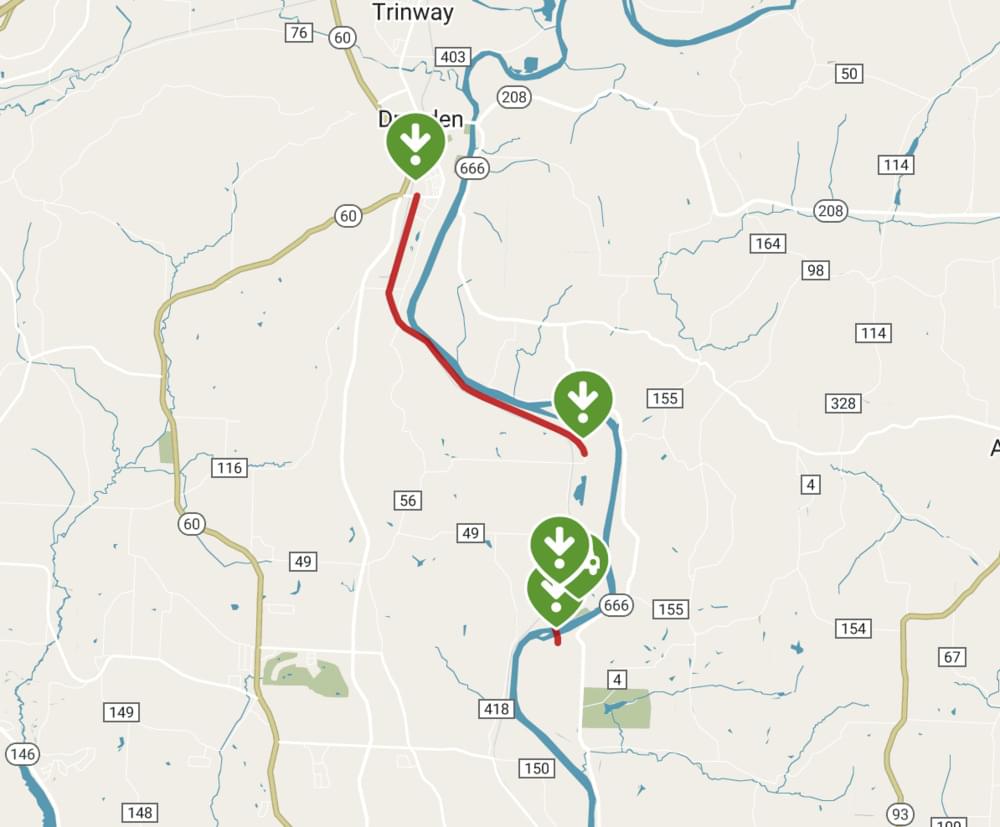