Before Ohio was settled, the banks of Mosquito Creek were hidden by a vast forest that covered most of the state. Little remains of the ancient forest that stood for nearly 10,000 years. In the Mosquito Lake area, regrowth has occurred and the nice stands of beech-maple woodlands can be enjoyed. In pioneer times, the beech-maple belt was very extensive and stretched from Mansfield to Pennsylvania. The reason is that this area has more cloudy days, cooler summer temperatures, and more winter snow cover as compared to the rest of Ohio.

Many birds live in or migrate through the area including robins, warblers, swallows, and sparrows. The yellow-bellied sapsucker and hairy woodpecker are uncommon in other parts of Ohio but abundant in this part of the state. Numerous species of waterfowl and shorebirds take advantage of the park’s many wetlands during spring and fall migrations. Canada geese, herons, tundra swans, great egrets, and a variety of ducks can be observed. Large predatory birds including several species of hawks and the magnificent bald and golden eagles have been spotted here. 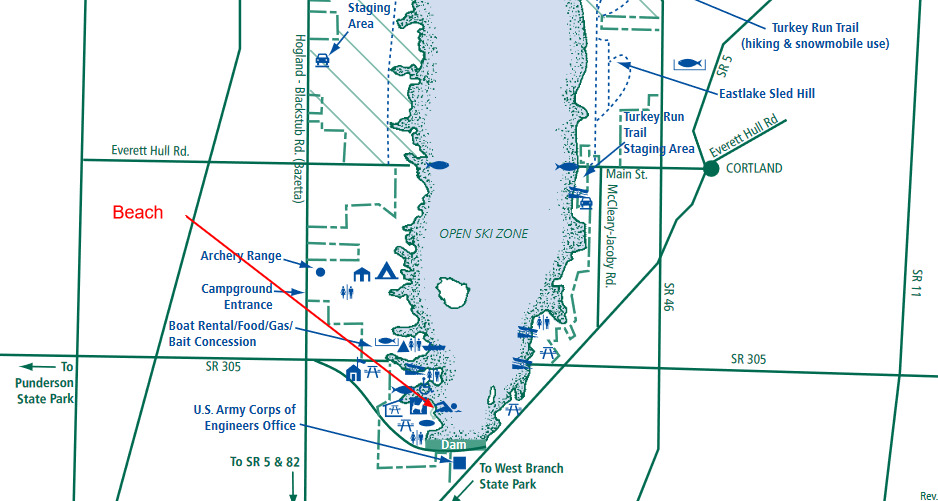 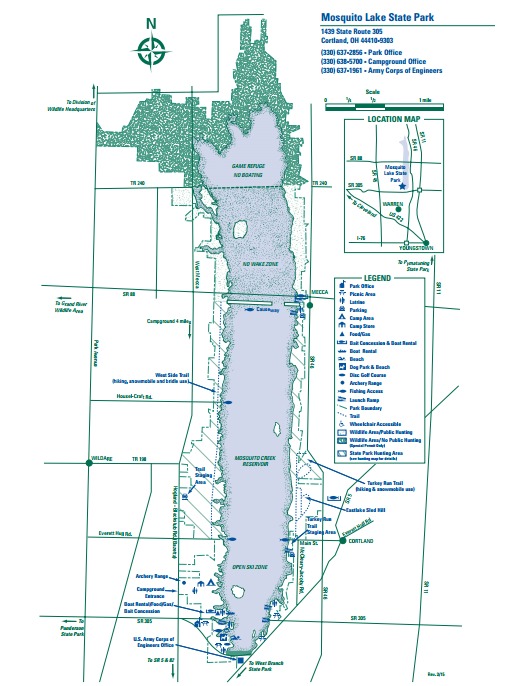