A lush green ribbon of vegetation defines one of the most significant riparian zones in southern Arizona. Cienega Creek gets its name from the cienegas, or marshes, which occur along its length. This rare vegetation community has nearly disappeared in the Southwest.

Today more than 45,000 acres of rolling grasslands and woodlands in southeastern Arizona are protected under the Las Cienegas National Conservation Area (NCA). The region’s oak-studded hills connect several “sky island” mountain ranges and lush riparian corridors. With its perennial flow, Cienega Creek forms the lifeblood of the NCA and supports a diverse plant and animal community. It is also rich in historic and cultural resources.

Thanks to the efforts of local governments, elected officials, and the public, the Empire and Cienega ranches, along with portions of the adjacent Rose Tree and Vera Earl ranches, are now under public ownership and managed by the Bureau of Land Management (BLM) under the principles of multiple-use and ecosystem management for future generations to use and enjoy. The BLM has formed a partnership with the nonprofit Empire Ranch Foundation, which is dedicated to preserving historic buildings and surrounding landscapes.

Las Cienegas is located 45 miles southeast of Tucson. Arizona. From Tucson, drive southeast on Interstate 10 to exit 281. Head south on State Highway 83. Near milepost 40, turn east into the ranch entrance.

Unique and rare vegetative communities include five of the rarest habitat types in the American Southwest: cienegas (marshlands), cottonwood-willow riparian forests, sacaton grasslands, mesquite bosques, and semi-desert grasslands. The Las Cienegas NCA could also be a Mecca to fans of classic films about the old west. John Wayne, Barbara Stanwick, Charlton Heston, Paul Newman, Lee Marvin, Kirk Douglas, William Holden, Burt Lancaster, Shelley Winters, Jennifer Jones, Steve McQueen, Gregory Peck, Spencer Tracy, Jimmy Stewart, and others have made such classic films as “Red River,” “Duel in the Sun,” “Hombre,” “Winchester 73,” “The Big Country” and many others on or near the Empire Ranch. The historic Empire Ranch remains a working cattle ranch, complete with enchanting old headquarters, and now operates under an innovative rangeland management style unique to the area. 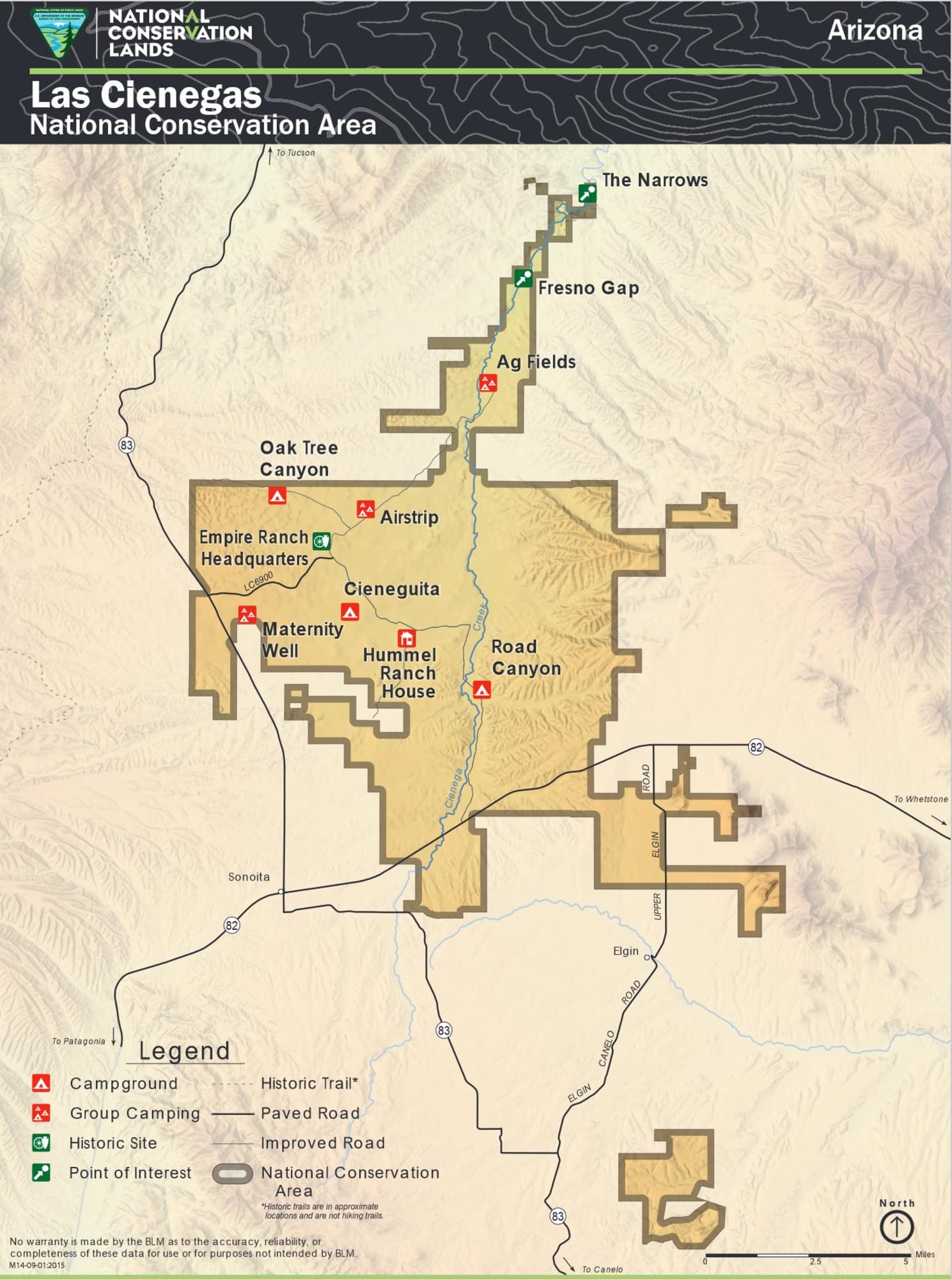