Located in Adams and Scioto Counties, the unglaciated hill country of south central Ohio, Brush Creek State Forest was established in 1928 with the acquisition of 285 acres of land. This and other early land acquisitions were originally part of Shawnee State Forest. As acreage and distances grew, the need to form a separate state forest unit became apparent in order to properly manage these scattered land holdings.

In the early 1950s, a new state forest was formed and drew its name from a major stream in the area known as Scioto Brush Creek. A forest headquarters and service center was established along OH-73 about one mile west of the village of Rarden in western Scioto County and presently remains at that site. Today, Brush Creek State Forest comprises well over 12,000 acres of productive hardwood forest land.

The vast majority of these acres is made up of steep hillsides, deep hollows, and narrow ridge tops. Combined with the climate in the region, this land is ideally suited to the growth of deciduous hardwood forests. 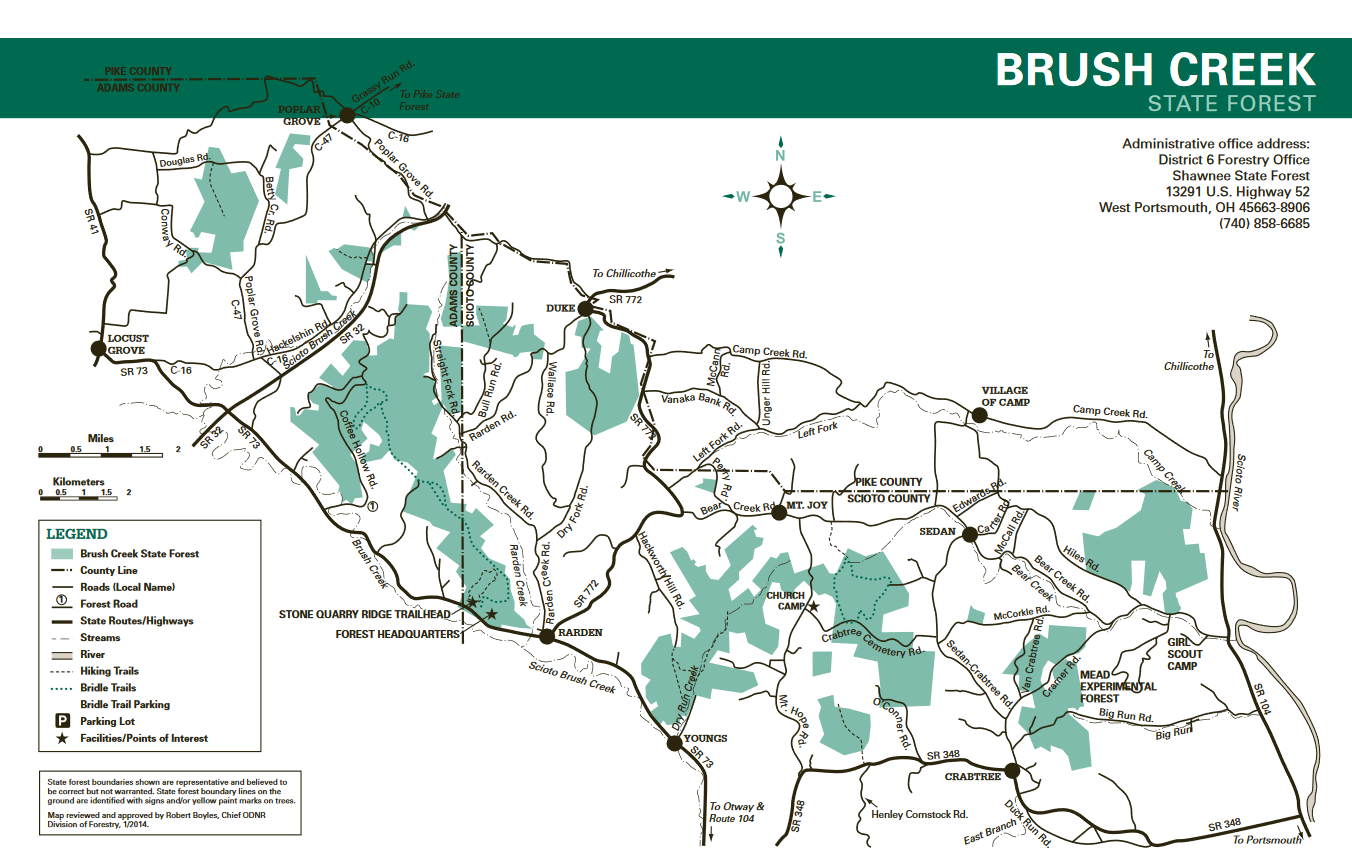